I brought out the little red scale this week.

I placed pink rabbits at one end
and yellow chicks at the other. 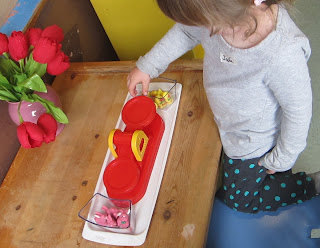 She begins by placing a chick on the scale. 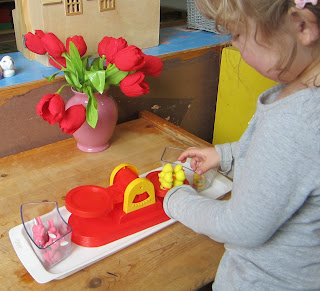 Then more chicks, the scale leans heavily to one side. 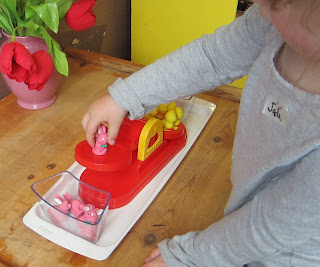 Once all the chicks are on one side
she begins to place rabbits on the other other end. 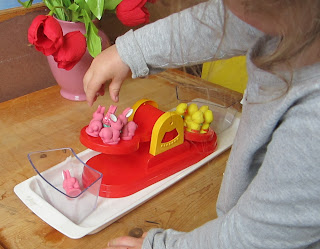 Adding more but the scale is still not level. 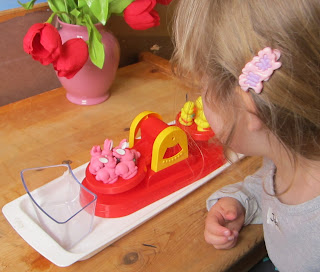 Until all the rabbits are on and
ta-da
it balances. 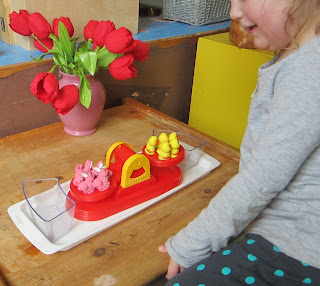 She does a little happy dance.
Other trays included... 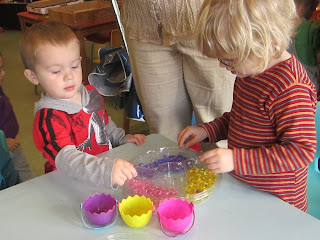 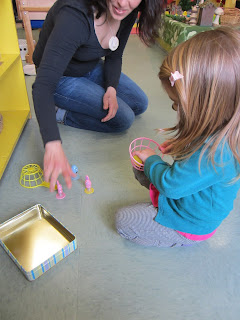 Push down hopping bunnies and eggs. 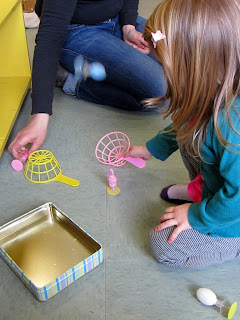 The little baskets are to catch them once they POP!.
Can you see the blurry blue?
That is an egg that has popped. 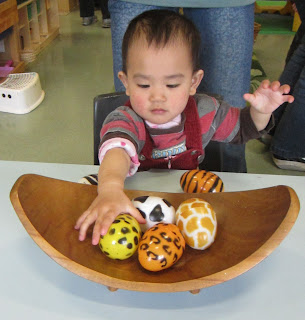 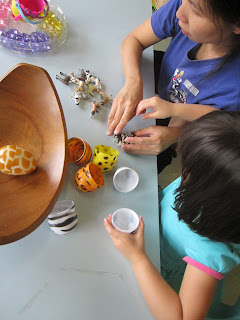 to match to little animals of the same colours.
I can't take credit for this idea.
This little girl and her mom came up with it. 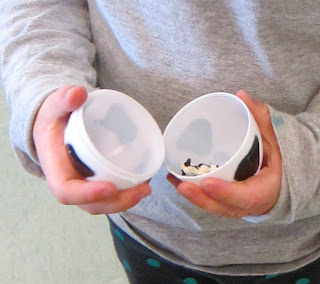