Today we got together with our big buddies in the gym to play with the parachute.
We haven’t used the parachute very often but when we have I learned that it is
very exciting for the children and to be able to give directions we needed
to start with small steps
and that meant at first sitting down to use it.

This allowed more control both for me to give the directions and for the children
to manipulate the parachute with just their arms.

We started by moving the parachute side to side then up and down.
Those were the two movements we would focus on today.
Having the big buddies as role models for each child allowed me to stand apart
and observe how it was working. 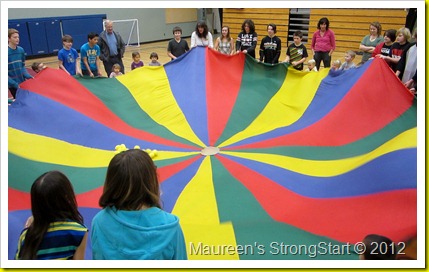 Now we were ready to make popcorn.
We pretended the parachute was a big pot.
First it needed to get hot so we turned on the stove, poured in the oil
and threw in the popcorn kernels (soft yellow balls).

The oil needed to be spread around so we moved the parachute side to side
and listened for the oil to get hot.  Once we were all making sizzling sounds
the kernels were ready to pop. 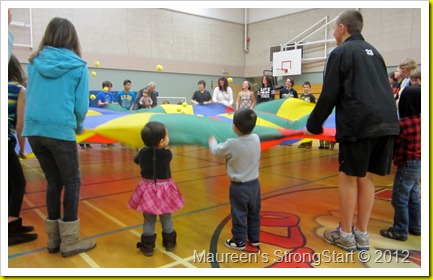 But I learned that using a bigger parachute made it much more difficult
to pop the balls off the parachute especially when we were sitting
so we stood up. 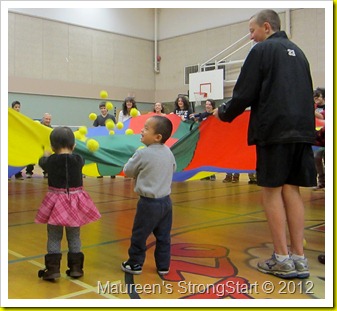 Although it was alot more fun it didn’t help much
in fact I could hear some students say they were getting tired.
So we brainstormed and decided to make a wave,
one side would lift the parachute up really high while
the other side went down low. 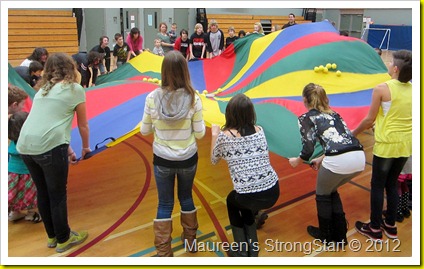 It didn’t work either so next we sent the little buddies underneath
to knock them off. 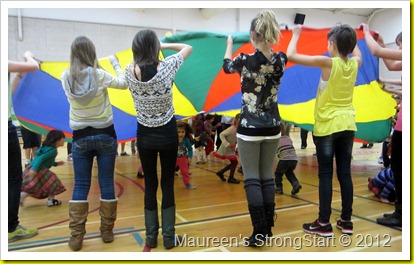 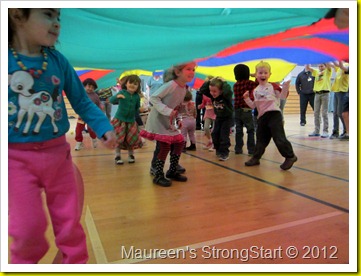 They loved it.  I could hear the laughter from both young and old. 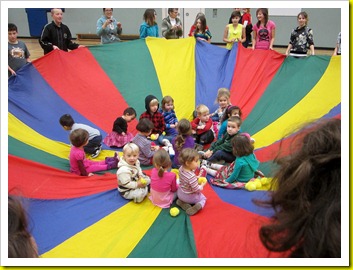 Lastly we gave the little buddies a ride –
it was wonderful to watch their expressions of glee as we walked
around twisting the parachute so it moved. 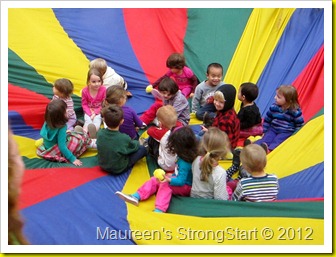 The final lesson I learned was to make plans with the big buddies
before we get together.
After the parachute play several came up to me and suggested
other ways we could use the parachute.
Ugh!  I have to remember that I’m not in this alone, that many minds make great plans.

Thanks grade 7s for another wonderful experience.
Posted by StrongStart at 7:38 PM No comments: