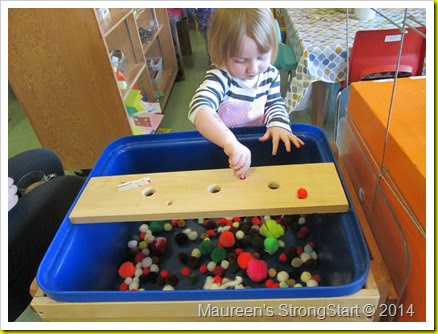 My husband created this board to fit across our sensory table.
He drilled large and small holes. 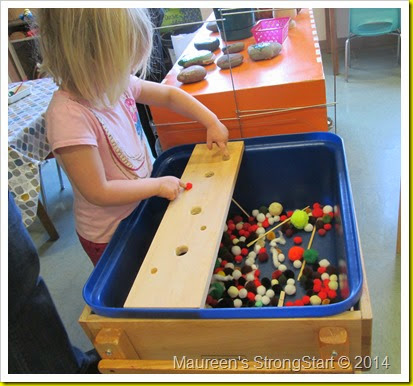 The pom poms are various sizes.
The challenge was to see which pom poms would fit through which holes. 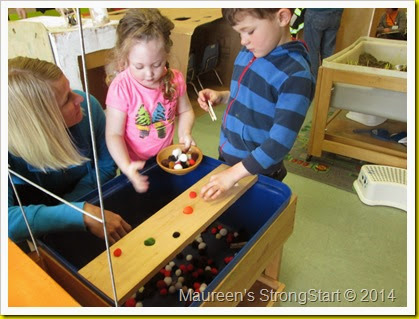 I included clothespins thinking they could use them to pick up the pom poms
but instead they used them to help push the pom poms through the holes. 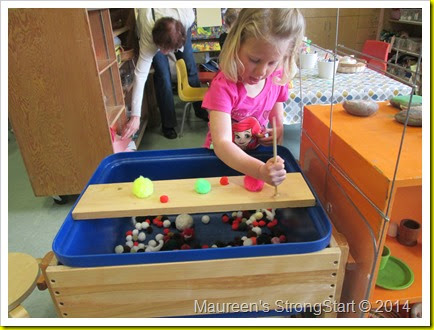 So I added chop sticks.

Posted by StrongStart at 8:28 PM No comments:

The day after we added fake worms to the sandbox I received an email saying that worms were waiting in the fridge at school. 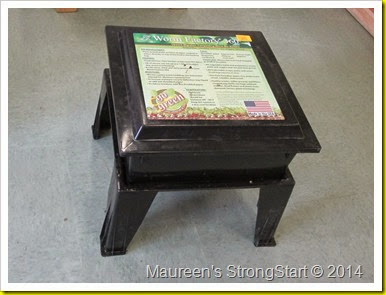 I had reserved a worm composter kit from our district resource centre and thought it was coming at the end of April not now.  I’ve never done used one before and started reading the instructions. 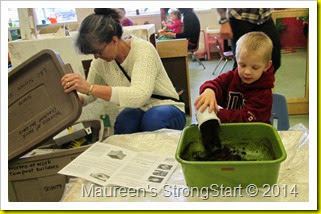 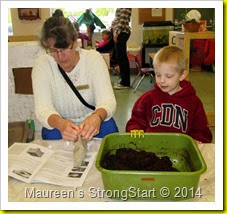 When I read that the composter need to be ready before your worms arrived made me panic a bit.  But with a willing helper we followed the steps and got it ready. 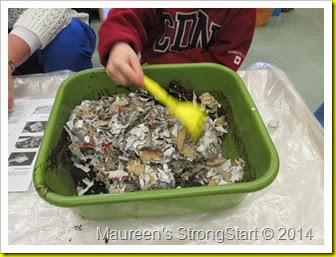 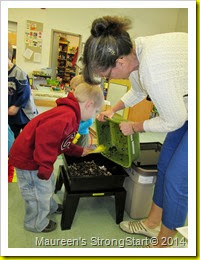 Compost, pumice, coir (soaked so it expands), shredded newspaper and food waste makes the bedding for our worms.  We dumped it into the tray and spread it around. 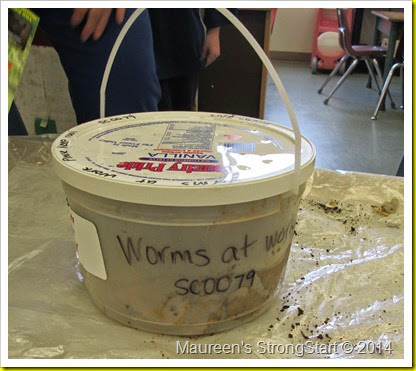 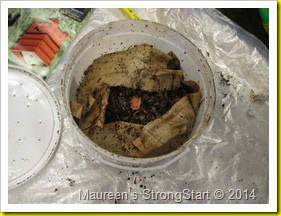 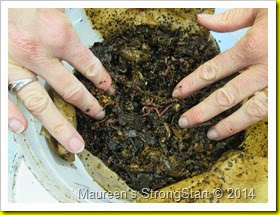 Now the fun part, opening the tub of worms.  They are red wigglers which are great for composting.  The question arose why not use the worms we find outside?  I found this answer on Red Worm Composting site;
“I learned that most of my yard worms were of the “anecic” type – that is to say they were soil dwelling worms that create burrows and tend to lead a somewhat solitary existence (they need their space). The worms ideally suited for composting on the other hand are referred to as “epigeic”. This group tends to live in rich organic material (not soil), and are adapted to crowding and warmer temperatures.”
I commented to a parent that I learn so much at StrongStart. 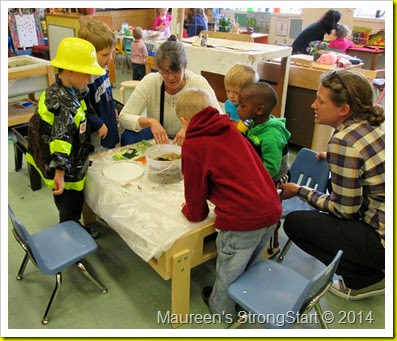 Opening the tub of worms drew a lot more children to the table. 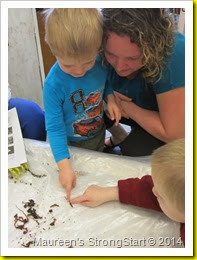 Can we touch?  Definitely. 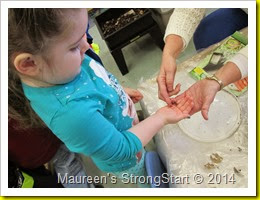 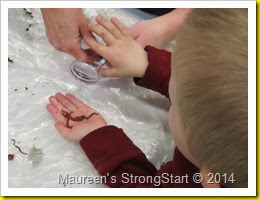 Magnifying glasses helped us get a closer look. 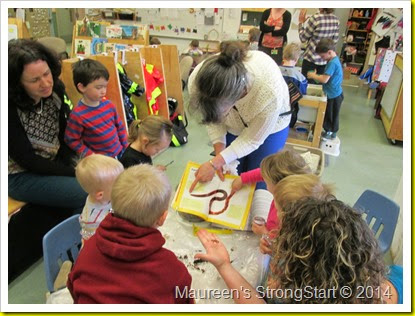 Using one of the books provided in our kit we were able to learn which end
has the mouth. 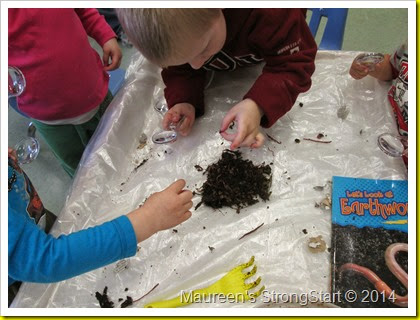 The next job was to pick all the worms out of the material that they arrived in.  It was difficult, there were so many worms.  Even little white ones that we thought were young worms but I have since found out are a different type of worm. 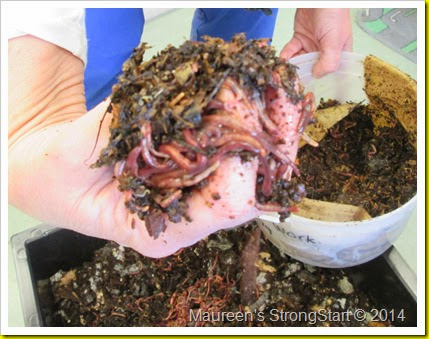 Because it was taking too long for us to pick them out we transferred it all. 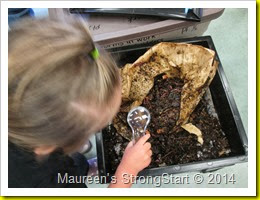 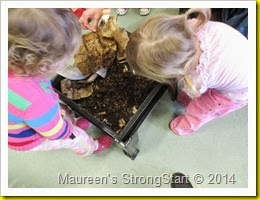 The worms immediately wiggled under the bedding to where it was dark.

One last thing was to place newspaper on top and moisten it. 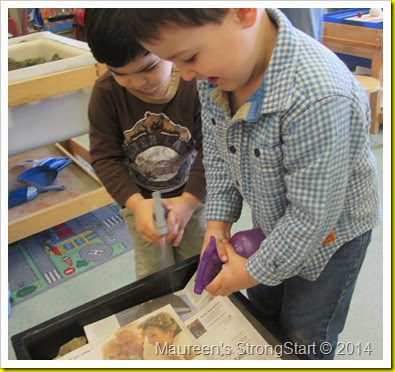 We’ll check our worms everyday to see that it stays moist and feed them when we notice that the food we have already added is being processed.

What an adventure!  I hope they survive.

If you have had a worm composter before and have any suggestions please share them.

Posted by StrongStart at 9:00 AM No comments: