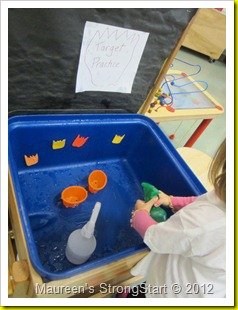 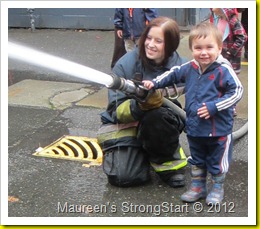 This week we have been talking and playing a lot about fire fighters.
At the fire hall we were able to help use the fire hose aimed at a building.
Back at school we sprayed water on a much smaller scale. 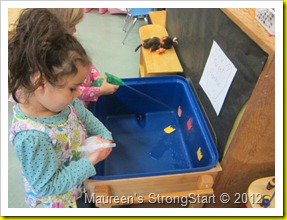 In the water table we used squirt bottles to spray at fire shaped
foam pieces
(some grown ups thought they were tulips). 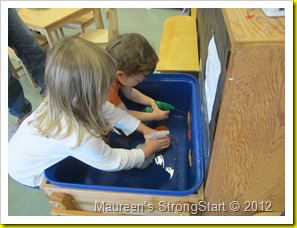 I’ve mentioned this before and you’ll probably here it again
spray bottles are great for building those hand muscles for
pre-writers.
And spray bottles are inexpensive from dollar stores so easy to have
several available. 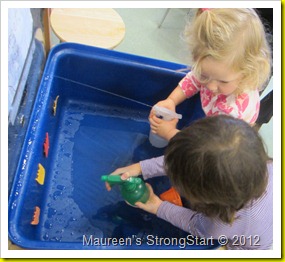 Target practice also encouraged more control in regards to aiming.
Some children were surprised the first time they sprayed.
Surprised what, or who, they hit.
The more they tried and were prompted to hit the foam fire
or the bowls the more accurate they became. 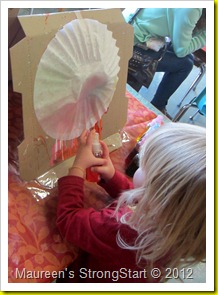 Also over at the art table the children were able to practice with
little spritz bottles.
A different but similar challenge for them. 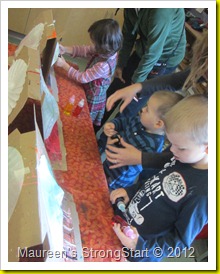 The finger span is smaller than the spray bottle but just
as difficult. 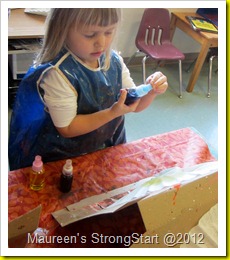 Just like the spray bottle it’s important to know which side
the liquid comes out. 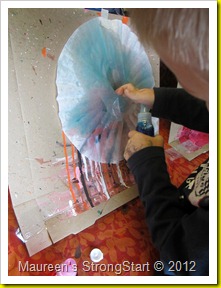 Some children found it easier to use the palm of the hand
to press down on the pump. 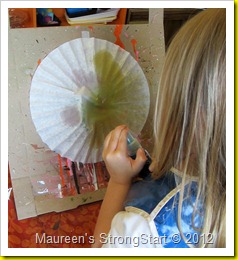 Are there any other ways that you use spray bottles or
spritz bottles at your centre?

Posted by StrongStart at 6:22 PM No comments: