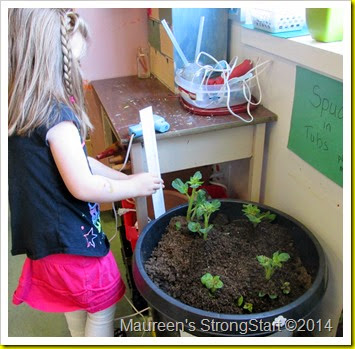 Last week we measured our spuds to see if they were ready to move outside. 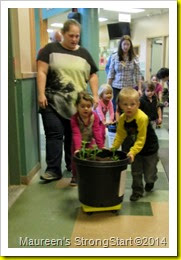 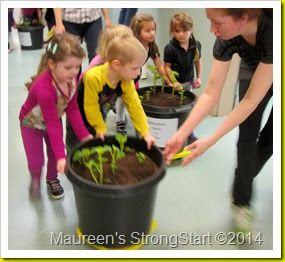 Yes they were around 15cm over the rim of the tub so we put them on
little dollies and pushed them outside. 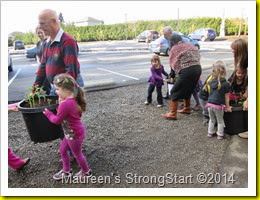 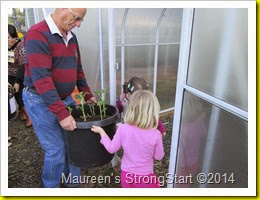 Once we got outside though we had to carry them to the garden and into
the green house.  The children worked together and helped carry the tubs. 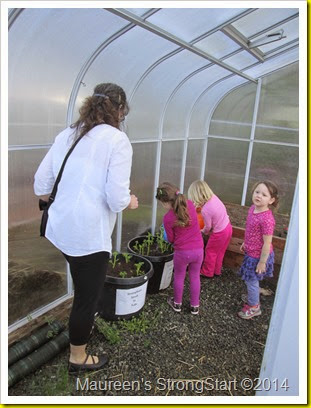 We decided to keep them in the green house for a bit longer because
there are still some mornings that have frost. 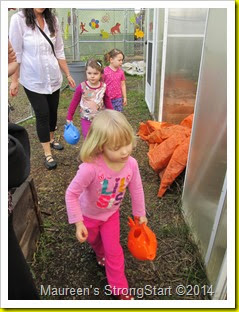 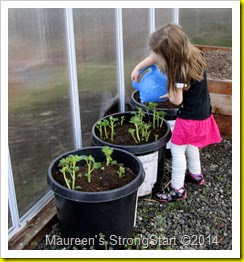 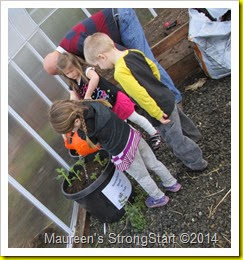 We gave them a good water before going back inside to play some more.

A few days later we went out to check if they needed to be watered again. 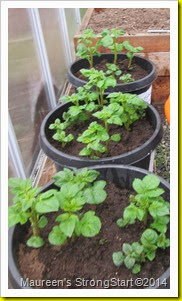 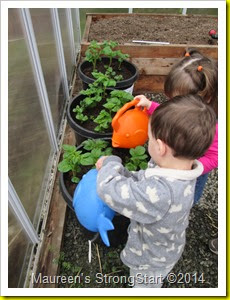 Look how much they have grown!

Posted by StrongStart at 6:15 PM No comments: