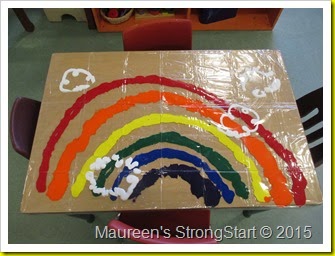 This is an activity that we’ve done before where we put paint between two pieces of plastic.  This time we started with a rainbow and I added hair gel with the paint. 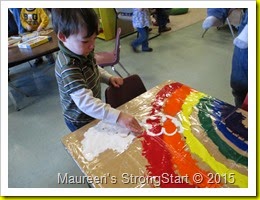 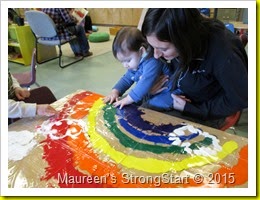 The families were tentative at touching it.  It looks wet because of the shiny plastic (I used a clear shower curtain cut down to fit the size of the table). 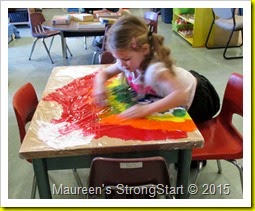 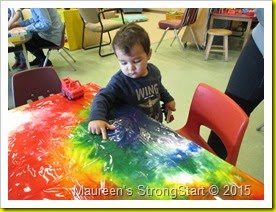 Then they realized that they could manipulate the paint without getting messy.  By adding the hair gel under the paint it made it slippery and the paint moved easily under the fingers. 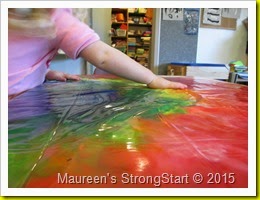 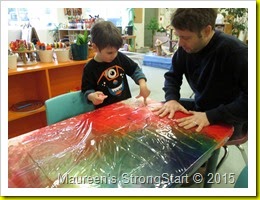 As each day passed the colours blended, changed and covered the whole table. 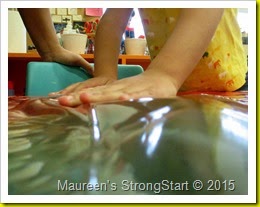 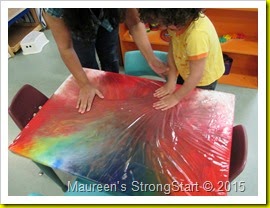 There was also an air bubble under the plastic and it allowed us to push the paint around and into piles. 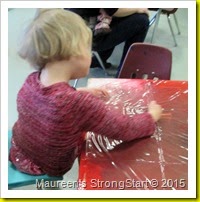 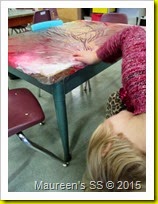 We pushed it as far as we could and then a bit more. 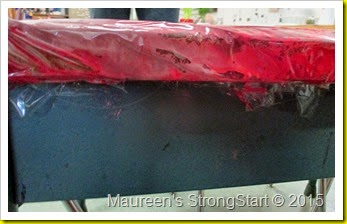 Under the pressure it did drip through the tape a bit. 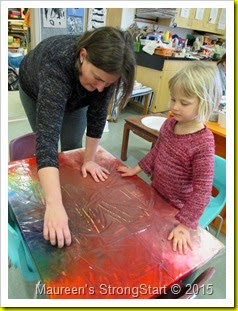 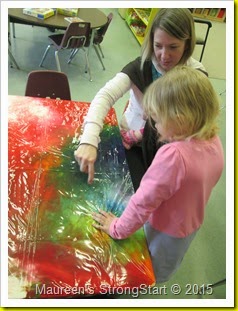 Several parents used it as an opportunity to make marks and show letter formation. 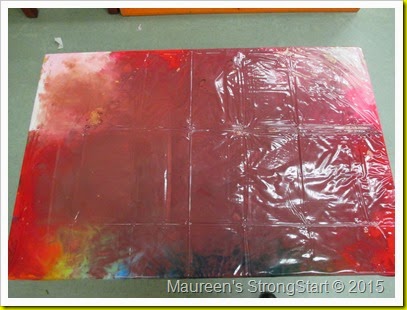 This is what it looked like by the end of the week.
Clean up was easy, I just pulled off the tape, lifted both pieces of plastic and
threw it in the garbage.

Posted by StrongStart at 9:42 PM No comments: