Back in our castle the children have been play fighting.  Which is great because that is what knights did in the time of castles.  But on a very busy day it becomes too crowded to play fight safely without involving unaware toddlers. 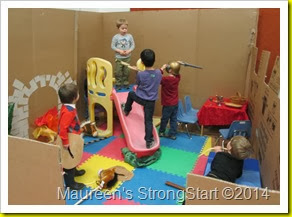 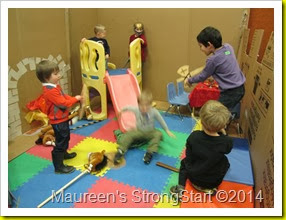 I inadvertently solved this issue with a trip to a dollar store. 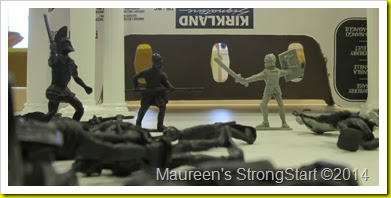 I found a bag of toy knights, just like the toy soldiers my brothers
use to play with. 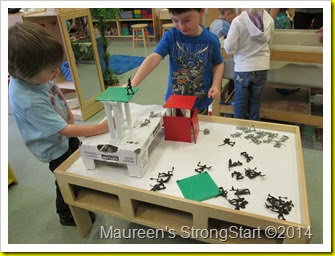 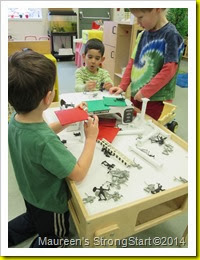 By setting the toys, with a few props, on a small table it allowed the children
to continue to pretend to fight but in a much different way. 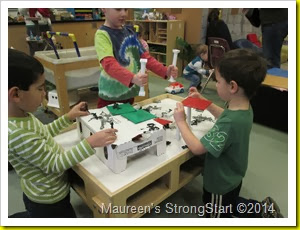 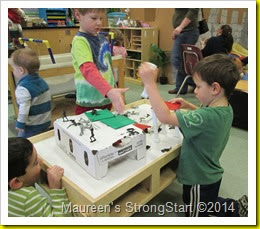 It was contained.
They created scenes and chose sides.
They destroyed and regrouped. 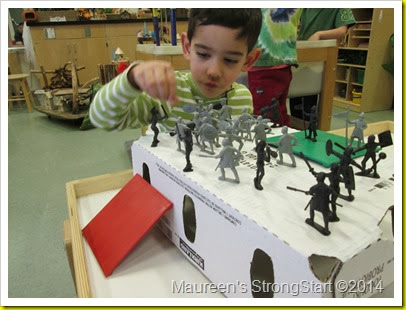 They played alone deep within their own script. 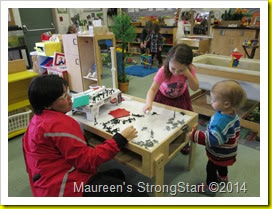 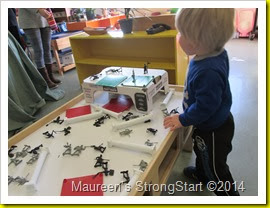 These little toys also allowed the younger children to begin to see the fascination of knights and fighting that the older children have been exploring.

So instead of telling the children that they had to stop fighting, I gave them an
alternative that they enjoyed.  Well worth the $1.49.

Posted by StrongStart at 5:16 PM No comments: