The overhead projector is available to use quite often, in our centre, but then other ideas happen and something has to be put away.  That's what happen during November and December so when I brought it out after Christmas break is was like a new toy. 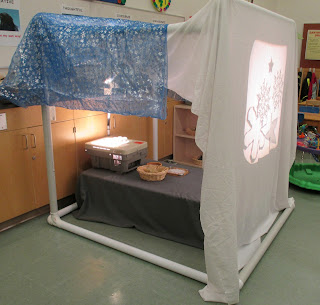 I used pvc pipes to create a frame so I could hang
a sheet for a screen.
Bare walls are limited in my room so this worked well. 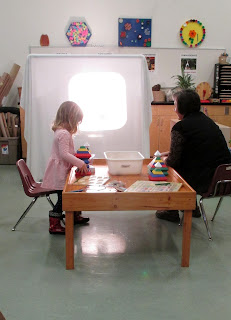 It also works well on the other side so no matter where you are
in the room you can see what is happening.
It's like enjoying a theatre production. 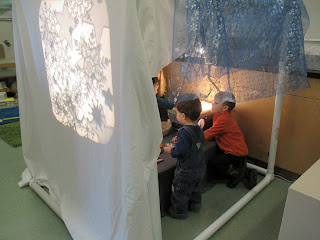 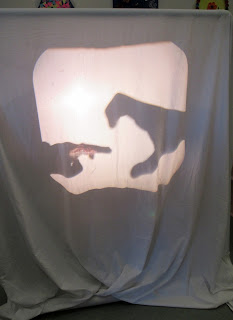 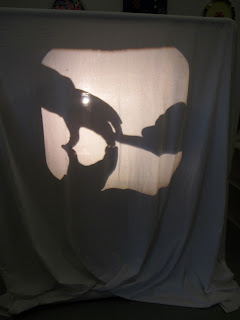 At first the children explored the light, turning it on and off.
Then the parents encouraged them to use their hands and helped them connect what they were doing and what was being seen on the screen.
We learned that what was put on the glass was the opposite
of what we saw on the big screen. 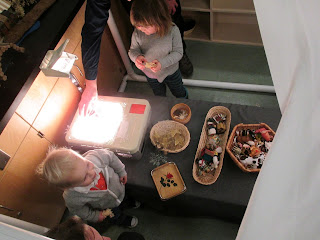 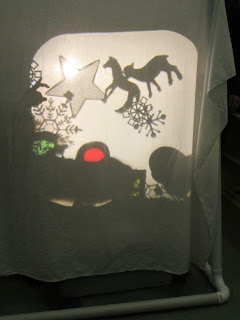 Then they began to explore with materials provided in baskets
in front of the projector.
I soon noticed other toys from around the room were
finding their way to the projector. 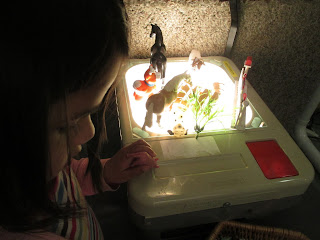 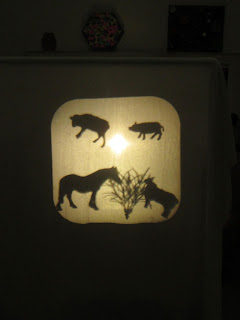 We began to see stories unfold.
This was the beginning of our light and shadow exploration.
For two weeks the children would revisit the overhead projector
using whatever caught their interest from around the room.

Posted by StrongStart at 6:03 PM No comments: