Since school started we’ve been playing with colours.  Here are a few
experiments I saw on Pinterest and decided to try at school. 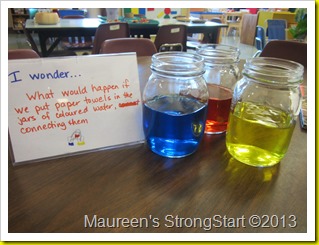 Fill three clear jars with water and add blue colouring to one,
red to another and yellow to the last. 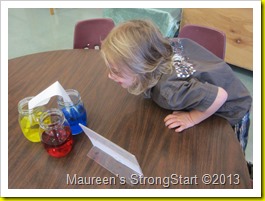 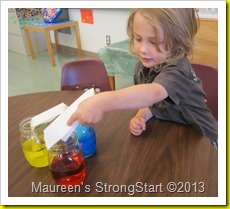 Fold paper towel into long strips and place one strip half way
in one jar and half way in the other. 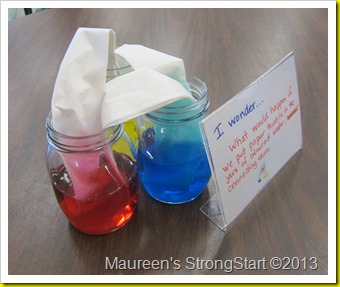 Do the same for the other two jars. 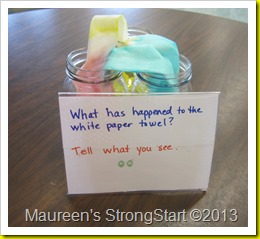 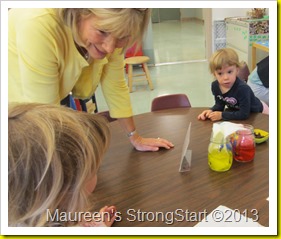 During the morning we watched, talked and predicted what would happen.
We saw the water creep up the towel and where the two towels touched a
new colour was created. 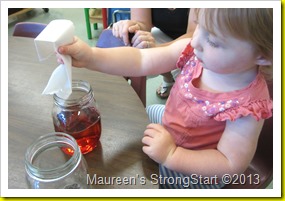 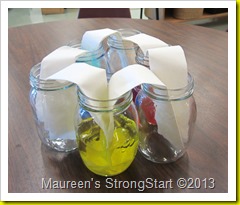 A couple of days later we started again but added three empty jars.
Setting an empty jar between each of the coloured water filled jars. 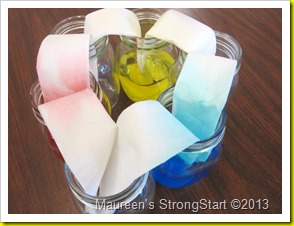 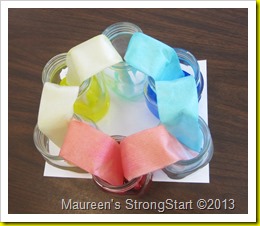 The same thing happened as in the first experiment, the colour crept
up the towel and down in to the empty jars. 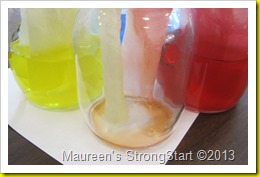 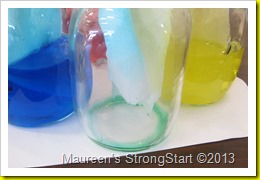 But the liquid continued on to drip into each empty jar as a new colour. 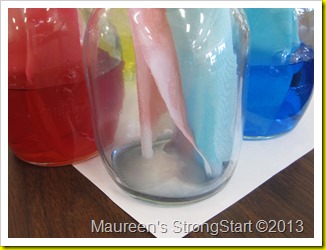 We created orange, green and purple and a strong interest in colour mixing. 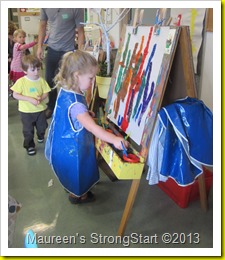 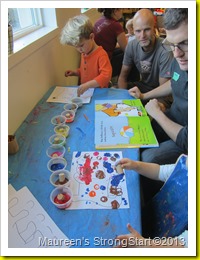 It continues at the art area.

Posted by StrongStart at 9:14 PM 2 comments: