There are many versions of the story “Stone Soup”.  The one I chose was about soldiers coming home from war.   They were hungry and tricked villagers into sharing their food by making soup from a stone. 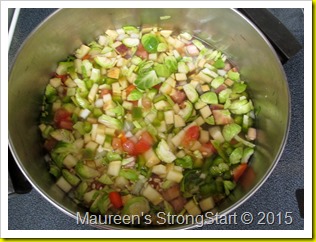 It took the soup took just under a half hour to cook.  I had cut the vegetables quite small, one so it would cook quickly and two to decrease any choking threat. 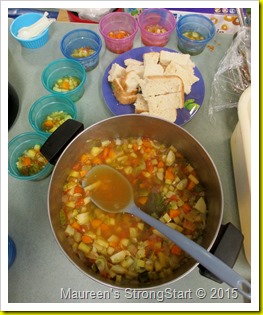 I brought my bread maker and made a loaf of bread to go with it.  I think the children enjoyed the bread more then the soup. 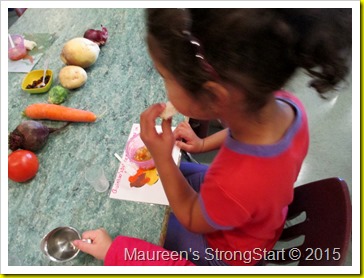 But they did enjoy the soup too.

Posted by StrongStart at 8:30 PM 8 comments: