Have you tried the science experiment where you explode a bar of soap in the microwave?  We did but it didn’t turn out like I read.
Day 1 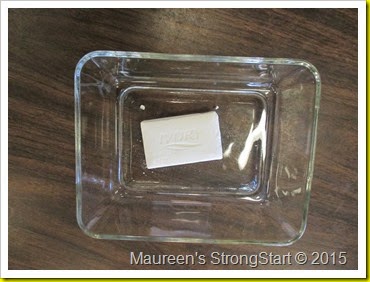 A regular bar of soap goes into the microwave for 2 minutes. 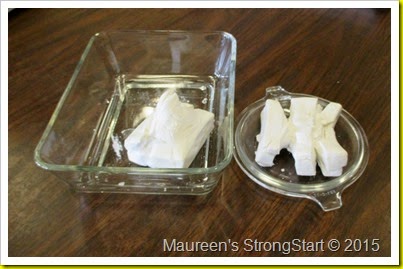 This is how it came out, both times.  We repeated it with a second bar because I interrupted the first one to peek at it.  But it didn’t make a difference letting the whole 2 minutes run through.  Maybe our bar of soap was old and dried out? 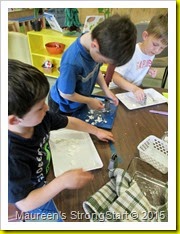 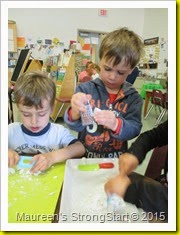 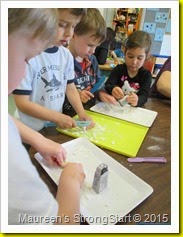 But it didn’t stop us from exploring more.  I brought out cheese graters and knives and the children cut the soap to pieces. 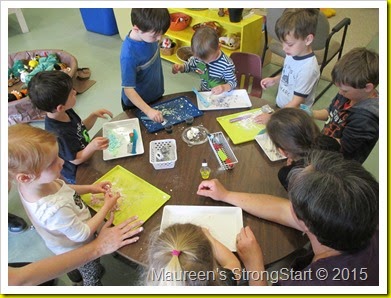 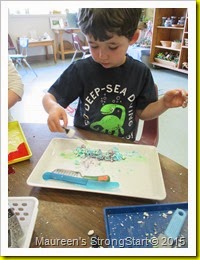 Then we added coloured water using eye droppers.  Will the soap change? 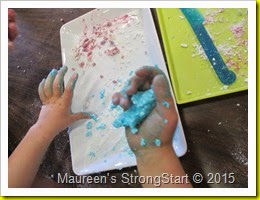 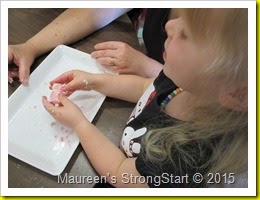 It did.  Some of it softened and we were able to mould it into shapes although there were still little lumps in it. 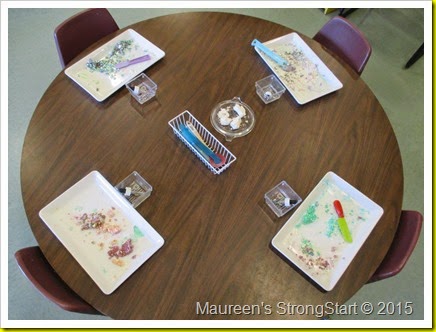 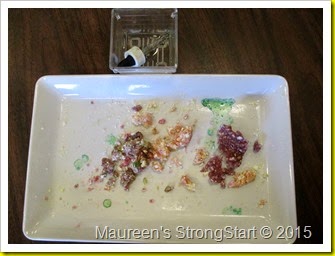 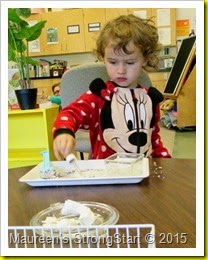 We added more water, no colour.  It was room temperature water and it didn’t do anything different then yesterday. 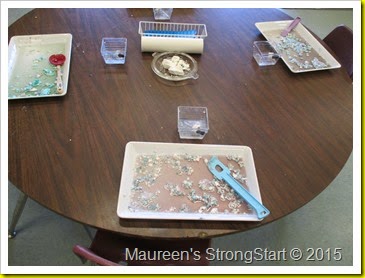 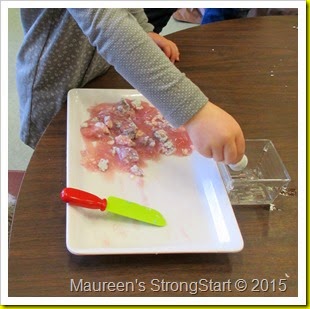 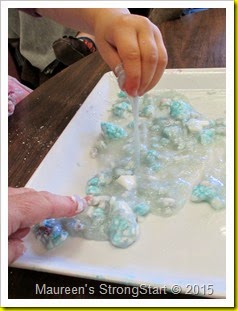 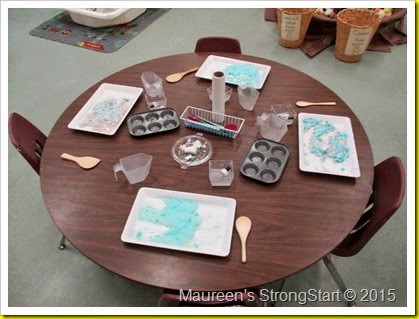 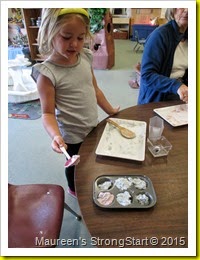 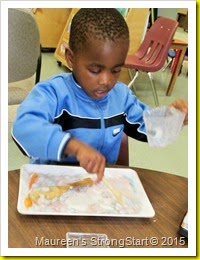 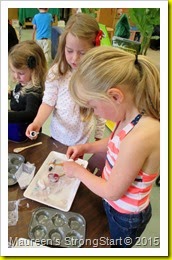 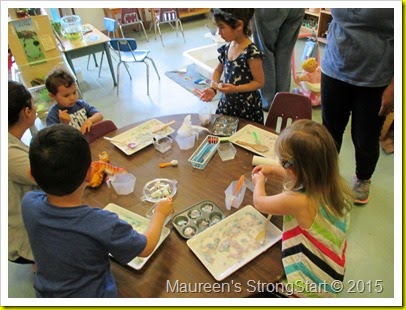 I bought new soap and hope to try the experiment another time.
Maybe we'll see the soap cloud.

Posted by StrongStart at 9:47 PM No comments: