In a past post I shared that the city had removed all the doors, houses and treasures from Fairy Lane because of a complaint.  In the past several months I’ve been sharing our story with them of why we created Fairy Lane and the benefit it’s been to many families. 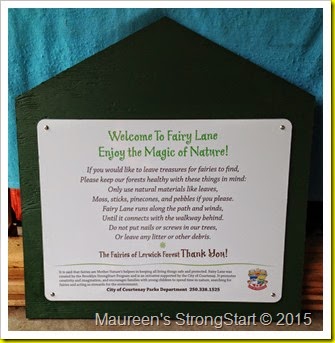 The city has been very receptive of re-establishing the Lane but wanted a few guidelines in place.  With the help of a parent, that use to attend my program, a sign has been created stating the guidelines.  She wrote it in rhyme as if the fairies wrote it themselves.

Also on the sign is an explanation about the origins of Fairy Lane.

“It is said that fairies are Mother Nature’s helpers in keeping all living things safe and protected.  Fairy Lane was created by the Brooklyn StrongStart Program and is an initiative supported by the City.  It promotes creativity and imagination, and encourages families with young children to spend time in nature, searching for fairies and acting as stewards for the environment.”

This fit well with the story of the First Little Fairy. 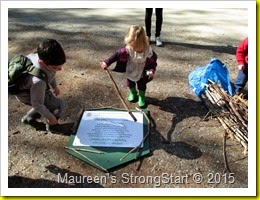 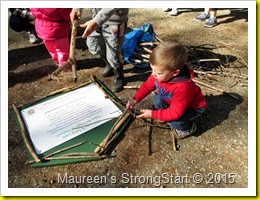 We are still on Spring Break here for another week but the city finished creating two signs and asked if the families would decorate them.  I sent out a message on Facebook inviting anyone who wished to join me in the woods to collect sticks to make a frame for the signs. 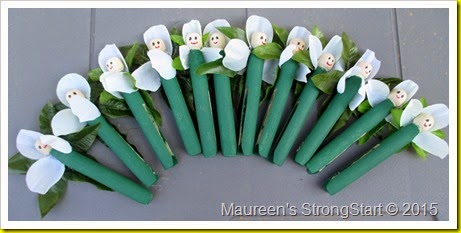 I wanted to start our visit to the forest by telling the story of the First Little Fairy and to make it a bit more exciting I made flower fairies. 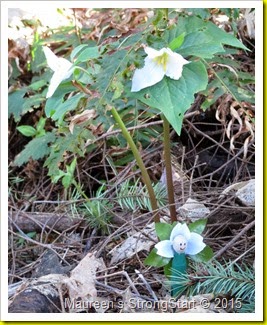 The first flower of the season, that grows in this forest, are trilliums so I made Trillium Fairies to hide amongst the real flowers. 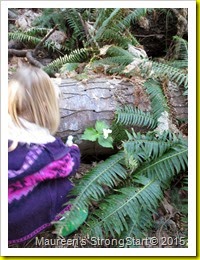 After listening to the story and looking at the sign we started our walk through Fairy Lane to collect sticks.  Along the way the children spotted the trilliums and as they were encouraged to look closer they found the fairies. 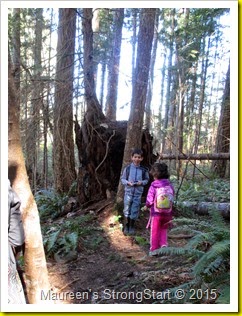 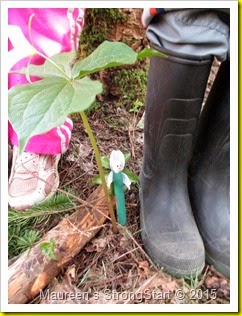 It became a hunt and being so close after Easter, where most of the children experienced egg hunts, they were very excited to search.  The children leading our group were helpful in subtly pointing out a fairy when they found one and gave the other children a chance to find them. 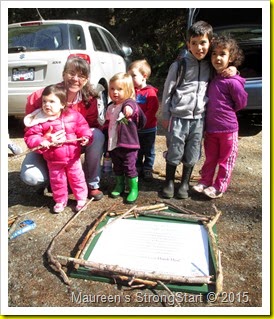 We finished the walk with enough sticks to frame our signs.  Now my husband has a job of attaching them all to the board.