Water beads, I like how they feel and how the families interact with them but they are the one material that makes me really nervous having in the classroom.  I’m constantly on guard to be sure none fall and stay on the floor. 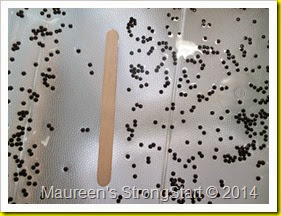 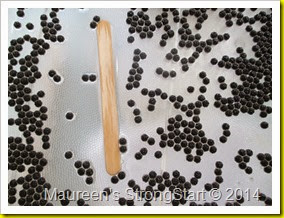 But I found these black water beads last month and squirreled them away to use this week. 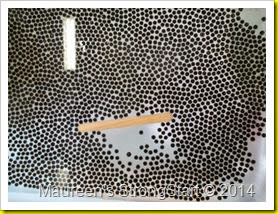 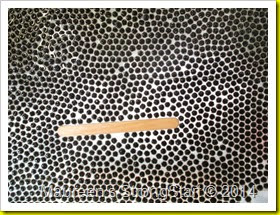 Last Friday I put the beads in our clear sensory table and added some water.  They were so tiny that I put a popsicle stick in to measure the growth. 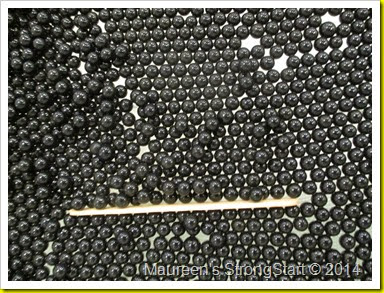 By Monday morning the bottom of the table was almost covered.  You could still see some light shine through though. Before the children arrived, on Monday morning, I added wiggly eyes and more water. 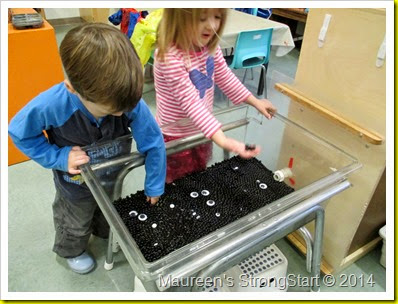 The children’s first reactions were fascinating to watch.

One of them called it eyeball soup and the name stuck. 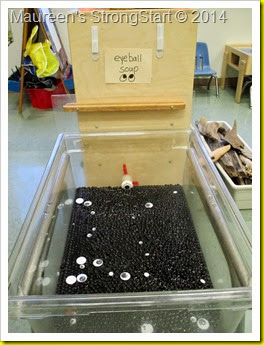 These black water beads are the best I’ve had.  Most beads, when they swell with water, become clear with just a dot of colour.  These are completely black even as they grow. 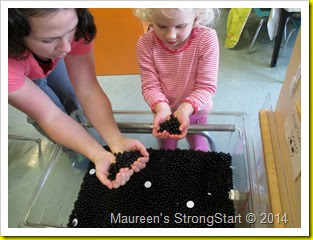 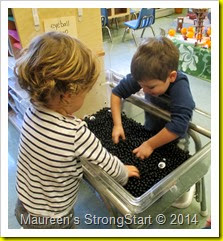 Several children asked if they were blueberries, which increased my concern of them being swallowed. 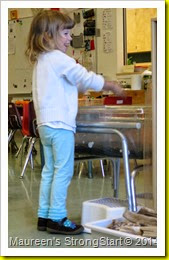 We added water several times that morning and the beads continued to soak it up and grow.

This morning I added a few glow-in-the-dark sticks. 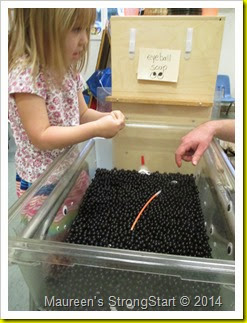 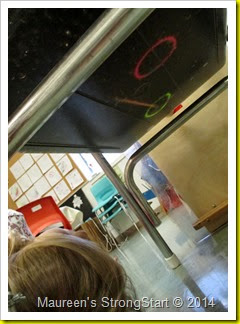 Our room is quite bright and at first I didn’t think they were working but we buried them under the black beads, crawled underneath the table and took a look. 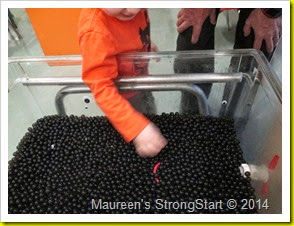 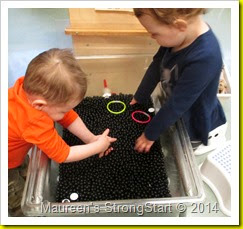 Throughout the morning I would encourage children to crawl under the table and look up.  The sticks added another dimension to the table.  I’ll add a few more tomorrow.

Posted by StrongStart at 9:18 PM No comments: