I hard boiled eggs for snack this week. 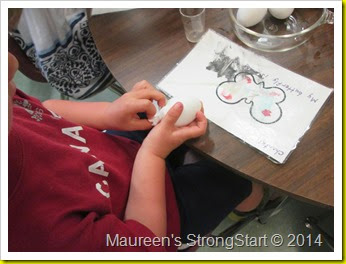 I placed them in a bowl on the table for the children to peel. 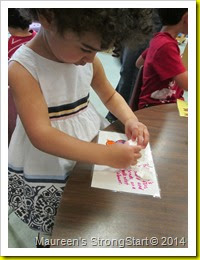 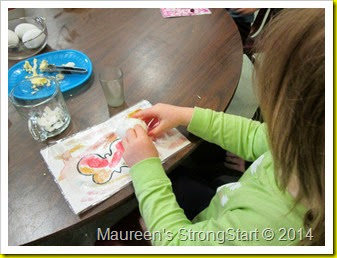 They loved the job.  Some have cooked at StrongStart before and had the opportunity to crack a fresh egg.  That was their approach with the hard boiled egg too – smack it on the table.  But when nothing happened we showed them how to pick off the shell to see that the egg was different inside. 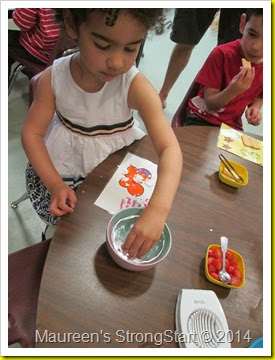 After peeling the egg they placed it in a bowl of water, to rinse, to be sure
all the little pieces of shell were off. 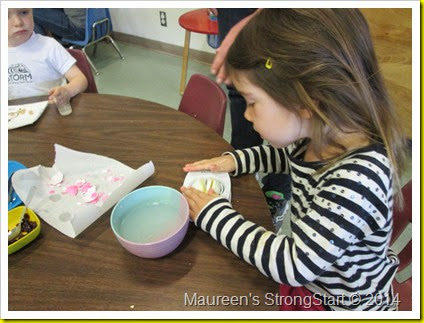 Then we used an egg slicer which was a new tool for many of the children. 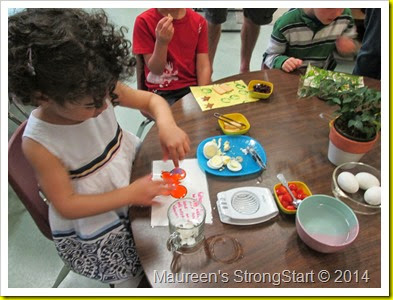 Slicing it made it easier to share the egg with the group.

As we were peeling the egg one child asked if we could colour the shells. 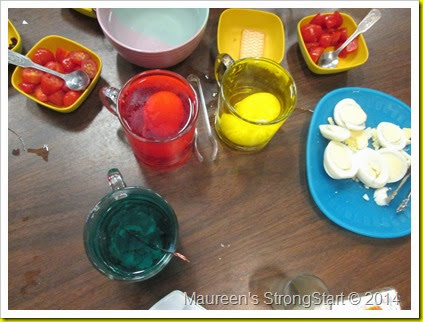 We used our clear coffee mugs so we could observe how the water
changed when we dropped in a dye tablet. 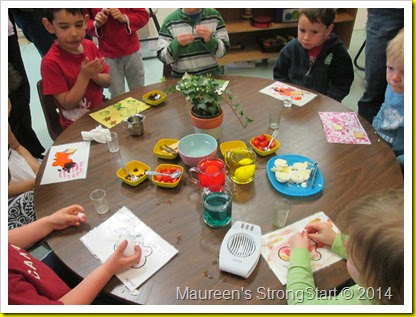 One egg I took and broke the shell, making cracks around the egg.
Then placed it in the the yellow dye. 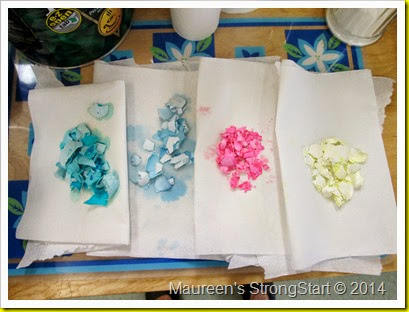 It was interesting to discover, when we peeled the yellow egg that a little of the dye coloured the egg white but mostly the colour was on the inside of the shell.

Posted by StrongStart at 9:38 AM No comments: