In the next four of five posts I'll be sharing our latest project.

Before Christmas I noticed that there were a group of children playing
with the swords, shields, dragons and king outfits.  After we returned
from the two week holiday the play continued. 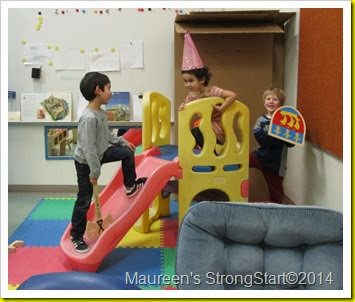 I wanted to understand what the children's interests were about that era,
about castles, and about knights.   Was it more than knights fighting? 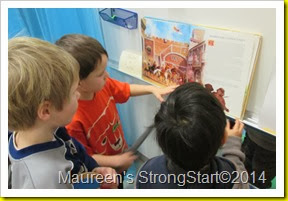 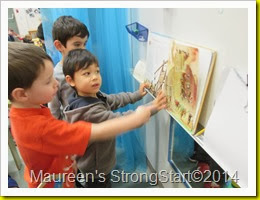 I invited the children to draw what they know about castles with the
prompt, “If we were to build a castle what would it look like?”
Books from the library were provided for further investigation. 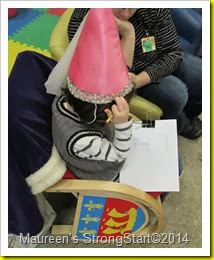 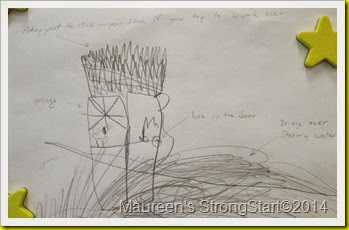 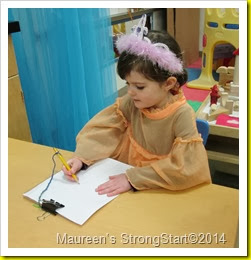 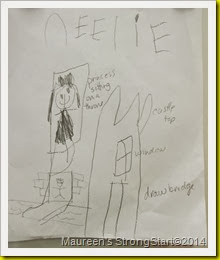 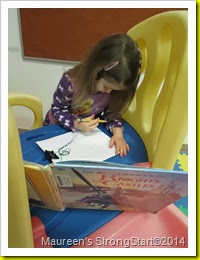 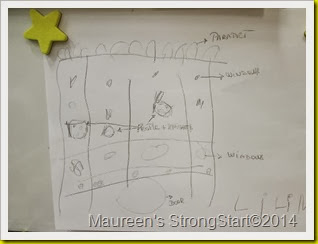 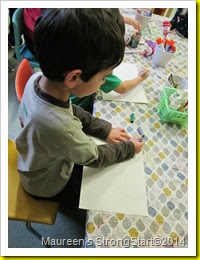 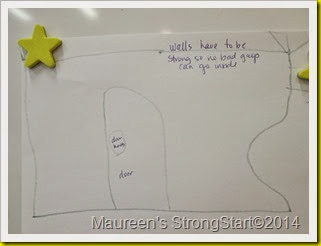 Over the past two weeks we’ve had several discussions of what is needed for a castle. 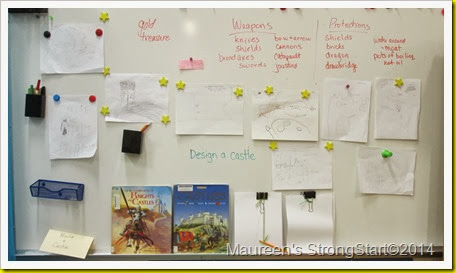 They came up with lots of ideas for protection of the castle.  Next we will take our ideas from print to building.
Posted by StrongStart at 8:07 PM No comments: