Our Stick Bug is a…? 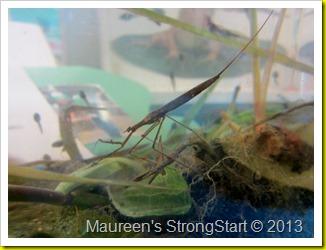 Look at this bug that was caught when I scooped our
frog eggs from a local pond.
It looks like a stick, so we called it a Stick Bug. 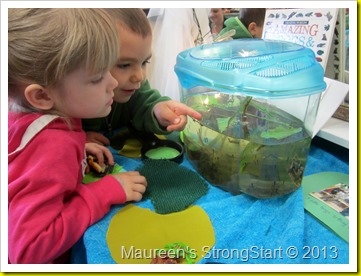 It’s been living peacefully in the same tank as our tadpoles
for the last week and a half. 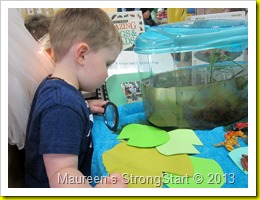 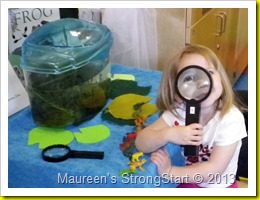 Everyday we would look for it in the tank.  We have live plants in the tank
and it would blend in so much that sometimes he was hard to find.
We continued to call it a Stick Bug even though we knew they didn't live
in water. 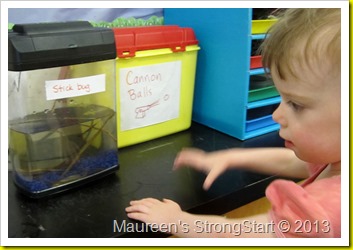 But last Friday we caught it eating a tadpole and quickly
moved it to it’s own tank. 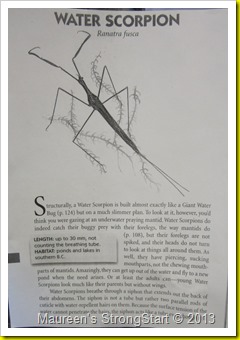 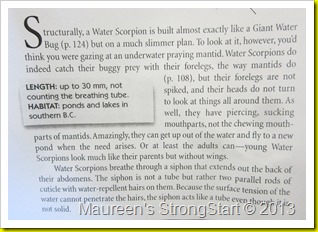 Today one of our families brought in a book called Bugs of British Columbia
and there was info about our ‘stick bug' and it’s actually a Water Scorpion.
Amazing! 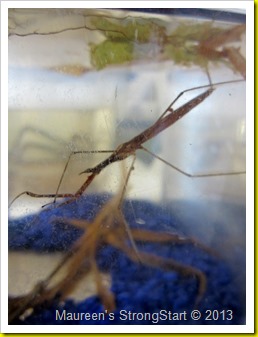 We don't want to continue feeding it tadpoles and the information says that the
adult Water Scorpion can fly so tomorrow we’ll be saying goodbye
and return him back the pond.

Posted by StrongStart at 9:18 PM No comments: