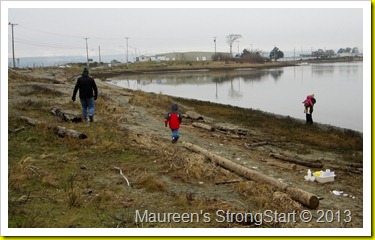 This week’s outside adventure was to the beach to search
for animal tracks. 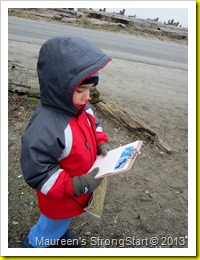 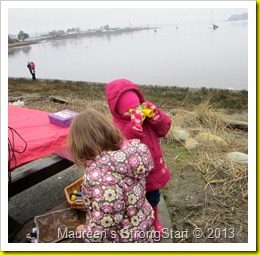 There were several activities set up, the first was in their I Spy Nature Bag.
Find these birds; eagle and a seagull.
The children had an opportunity to use binoculars although it was easy
to spot lots of seagulls. 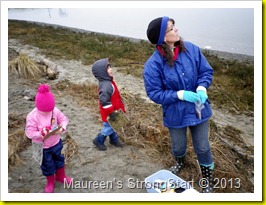 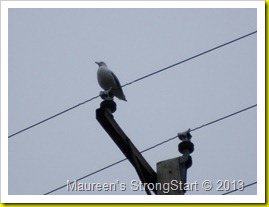 We finally spotted an eagle, it flew around above us before landing
on a telephone pole.
We have a lot of eagle’s here and it’s always impressive to see them. 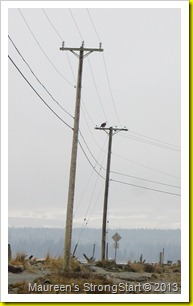 There were lots of ducks on the water and as we were leaving we
saw Canada geese too.

A second activity was making tracks in the sand. 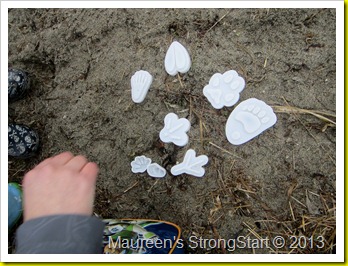 We did see tracks when we arrived, mainly from dogs,
but as we walked around we covered them with our boot tracks.
So we used these purchased plastic moulds. 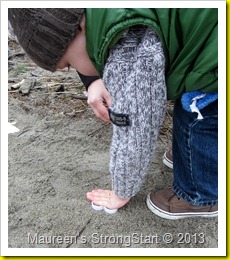 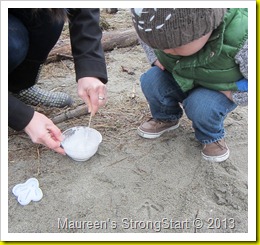 By pressing the mould into the damp sand it left a print. 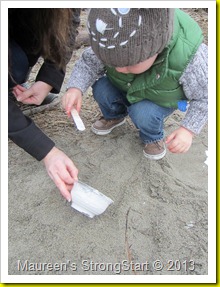 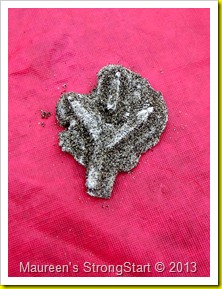 We mixed plaster of paris and poured it on the print.   We’ve done
this activity before but in the warmth of June and it dried pretty fast.
Not today.  It took almost the whole hour to dry enough to lift
without breaking.  We’ll do it again in the classroom later this week.

Another activity we did was inspired by Teach Preschool. 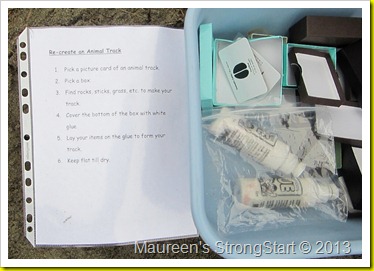 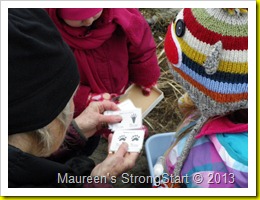 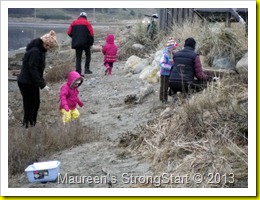 They picked the track they wanted and went in search of rocks, sticks,
shells, grass to recreate it. 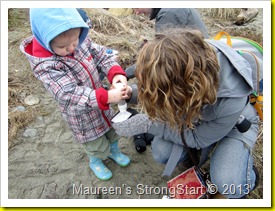 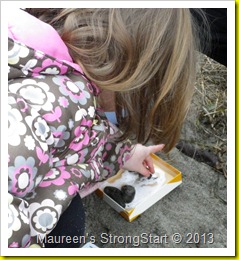 Filling the bottom of the box with glue they were able to stick their
natural items on top. 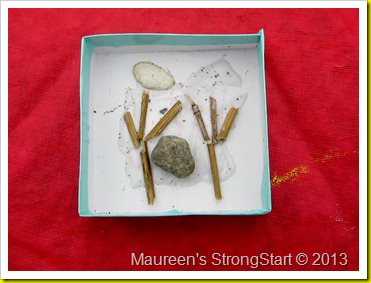 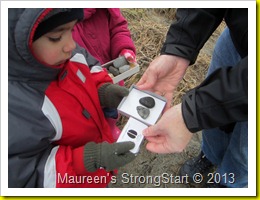 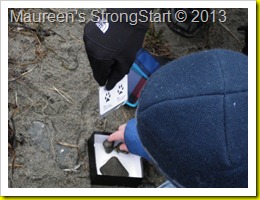 Lastly we enjoyed a snack and story. 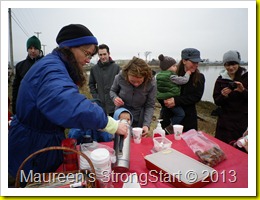 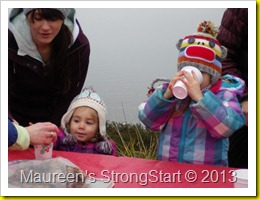 Mmm, hot chocolate, marshmallows and birdseed cookies were
perfect on this cool day at the beach. 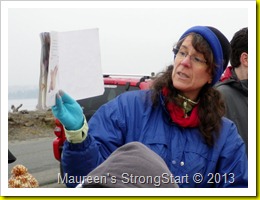 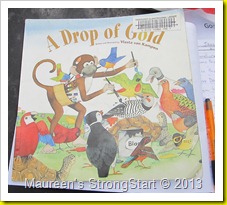 I discovered this book about birds that led to a painting activity.
In the beginning they were all the same shape and colour – white.
So Mother Nature sent helpers to paint them. 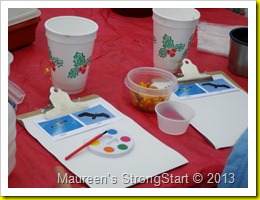 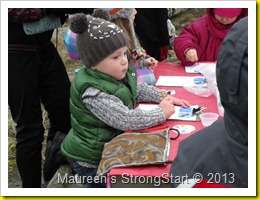 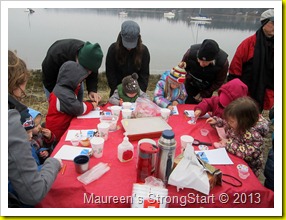 After seeing the pictures of the variety of birds in the book they
painted their own bird. 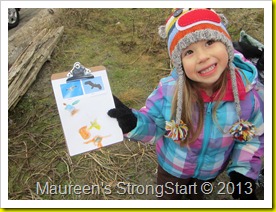 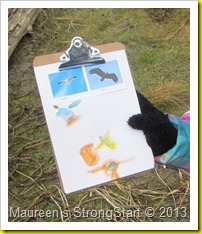 A fun morning learning out of doors. 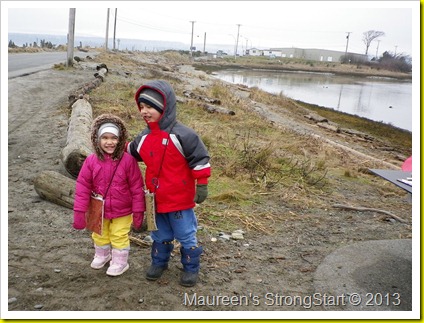 Posted by StrongStart at 9:09 PM No comments: