I follow a blog called Sand and Water Tables written by Tom Bedard.  I’ve been following for sometime amazed by the structures he creates in and around their sensory table.  Our table isn’t as big but I knew I could do something similar so this past week was my first attempt.  It’s a small step but after watching the children responding to the equipment I'm  motivated to do more. 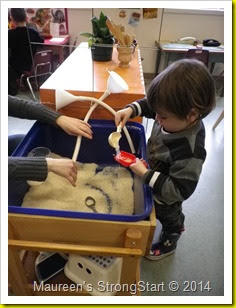 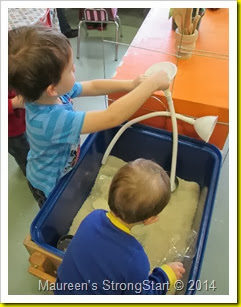 I added a wire frame between the tub and orange shelf allowing me to tie the tubes in a high position. 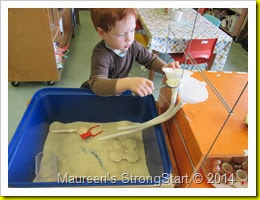 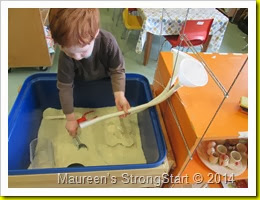 Funnels were added to the top of the tubes and it was ready for the children to scoop rice into them. 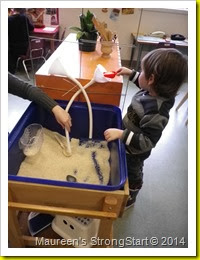 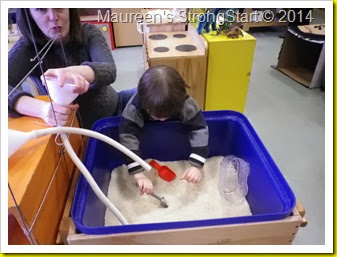 A challenge was pouring rice into the funnels, as they flopped side ways, without the rice spilling all over the shelf and the floor.  A bonus was that this encouraged some of the parents to play in the bin. 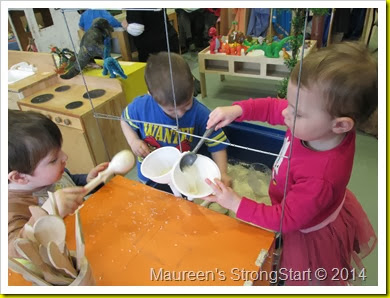 For others they figured out to use both hands, one to hold the funnel and the other to scoop and pour.  Then one brilliant parent suggested we tie the funnels together - tada - they stay upright on their own. 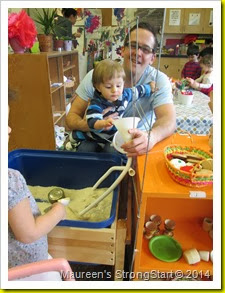 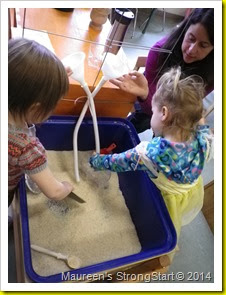 This was a popular tub for young and old, boys and girls.  The children began to add other items like; tin cans, plastic containers, cups and spoons from the shelves around the bin. 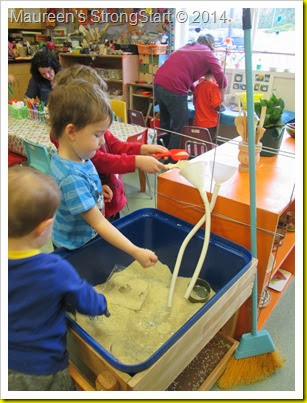 The broom was kept handy for frequent clean ups.
Thanks Tom for being an amazing inspiration.