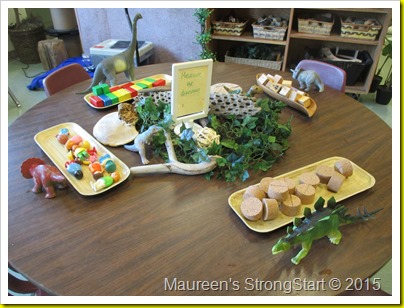 Wanting to add more math to the program I set up this invitation to measure some of our dinosaurs.  It has lots of dinosaurs in the middle, among the greenery and four trays each holding different counting tools; corks, cubes, blocks and people. 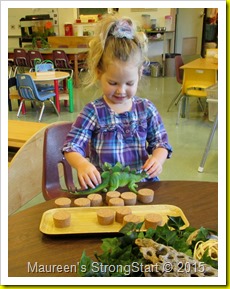 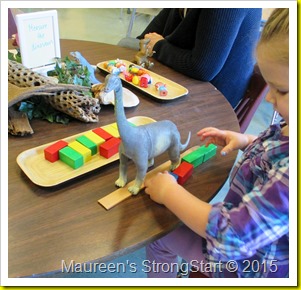 I noticed the first day that some children had a difficult time seeing the beginning and the end of the dinosaur so I add a stick for the dino to stand on and that helped. 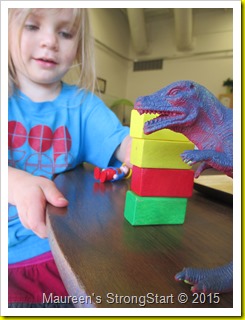 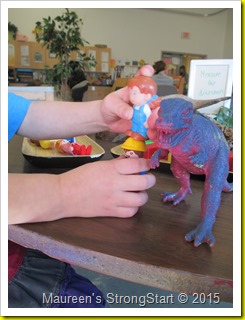 Some children measured the length of the dinosaurs while others measured
the height. 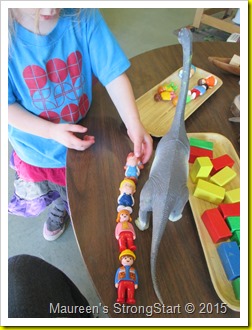 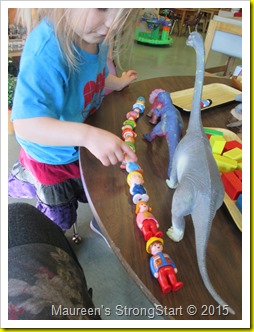 Or they used one of the tools, like the people, and measured with them standing on top of each other or they laid them down from head to foot.  She didn't want to
stop so added more dinosaurs in the row. 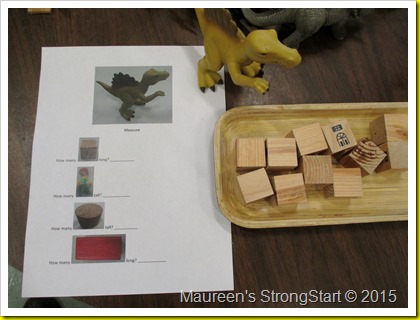 To encourage measuring both length and height and to record the findings
I created this data sheet. 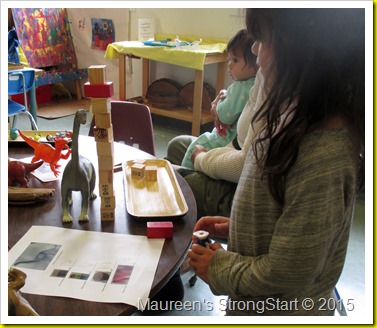 The pure pleasure of building was evident.

Posted by StrongStart at 8:52 PM No comments:

It was a busy morning.  The plan was to be open for an hour before we head on a field trip to our local museum to check out the fossils.  But before I opened I wanted to make some fossil cookies to surprise the children. 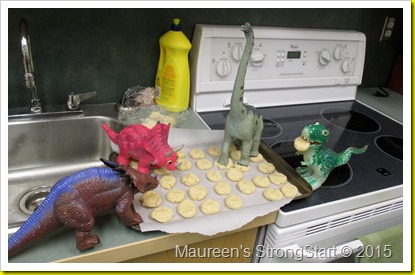 I prepped the dough in the school kitchen then went in to the classroom to find
something to use to make fossil impressions in each ball. 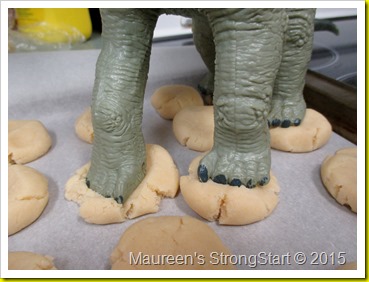 When I returned I was surprised to see the silly dinosaurs leaving their own
impressions in the dough. 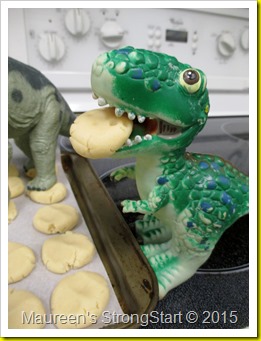 Of course T-Rex couldn’t help himself and needed to take a bite.

Posted by StrongStart at 8:14 PM No comments: