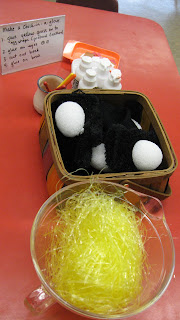 This morning's craft had a very definite outcome and didn't allow for to much creativity although we did our best to encourage the children to choose anything off the craft shelf to add to make their chick theirs.

I had prepared the gloves before hand by first cutting a styrofoam egg in half and hot gluing a half egg on to the palm of the glove. 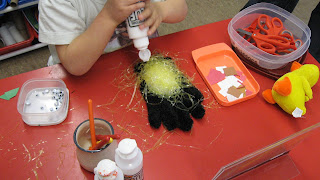 When the children arrived
they picked out a 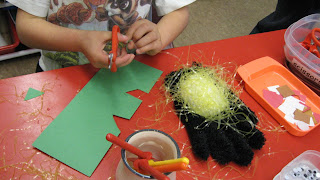 glove (with egg attached) and liberally squeezed glue on to the egg. (To me this is such an important job because it works the muscles in their fingers and hands - all prep for eventually holding a writing instrument.)

Next came the fake feathers - we used yellow Easter grass. It was tricky because it's so light and once it has glue on it, it will stick to everything - especially hands. 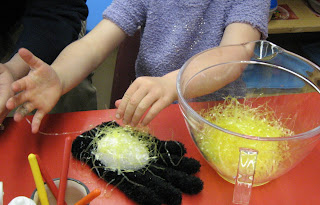 Then came the creative part - some children used old puzzle pieces for the chick legs. Others cut beaks out of paper. They all liked using the googly eyes. 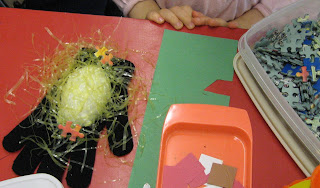 We had to let them dry before trying them on. 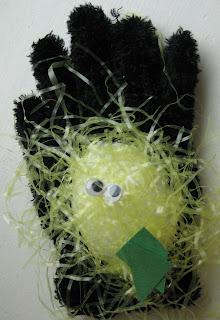