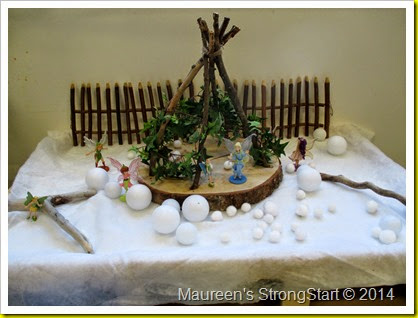 It’s December 1st and we’re wishing for a little snow so I set up
our fairy teepee in a winter scene. 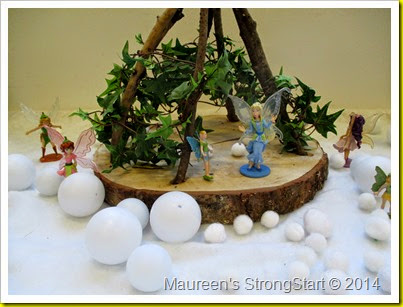 I found these white balls at IKEA, they are used to cover little lights but I thought they would make great snowballs.  Also added smaller white pom poms for variety. These two girls found more fairies and added them to the snow scene.  I noticed they were trying to stick the pom poms together and asked what they were making.  She wanted to make snowmen. 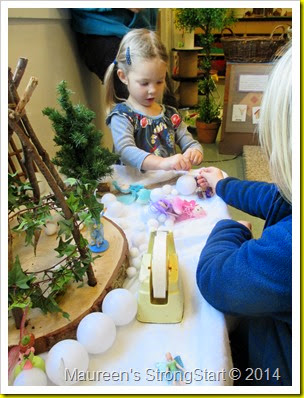 So a little brainstorming led us to try some tape. 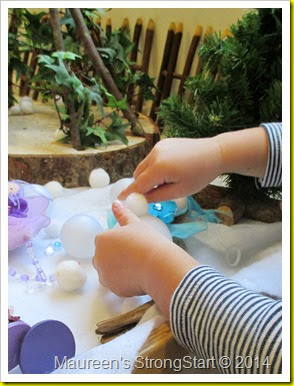 As I type this post I see that it is snowing outside.  Hmm did the fairies help with that wish?

Posted by StrongStart at 6:05 PM No comments: