In 2013 we did our first Pegkin Project as a countdown to Christmas holidays.
I decided to try it again this year emphasizing the focus on creating stories.
Here are the results from the first week. 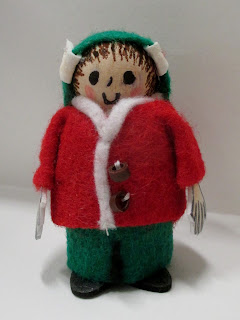 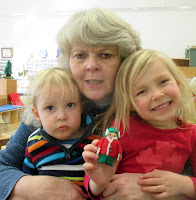 Pegkin #1 Barnamy
by Aubrey, Austin and Amma
Barnamy likes to eat and play.  He eats cucumber and milk, chocolate milk
and hot chocolate.  He likes to swing and slide and climb on the ladder too.
When they were making Barnamy they noticed that the glue wouldn't hold the felt
so Amma taught Aubrey how to stitch
and they sewed his clothes. 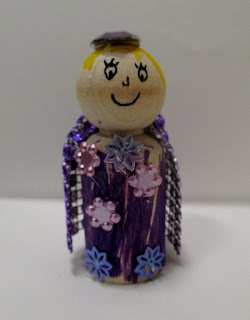 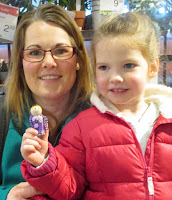 Pegkin #2 Whistle, Whistle
by Brinlee and Mom
In a far away land Whistle Whistle saves the princess from the pirate.
She lives in a castle and the pirate is keeping her in a cave.
The princess was rescued and brought back to her castle.
The End 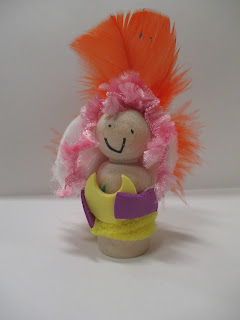 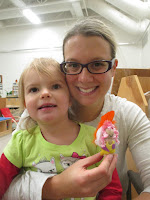 Pegkin #3 Alyssa
by Adella and Mom
Alyssa lives at StrongStart and likes to eat coconuts.
She likes to play at the park and go down the slide. 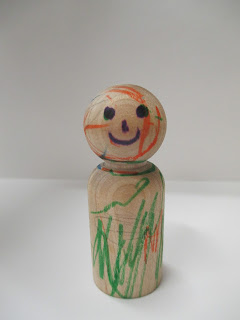 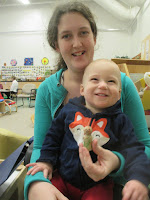 Pegkin #4 Simon
by Eddie and Mom
Simon loves music and is often tapping his feet from here to there.
If you listen closely you will hear the beat. 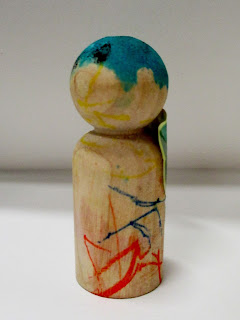 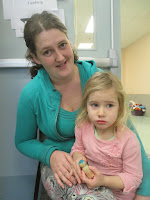 Pegkin #5 Dinosaur
by Elyianna and Mom
Dinosaur is a girl and she likes to watch movies.  Her favourite movie is Dora.
Dinosaur eats cereal and when she does she goes
'glump, glump". 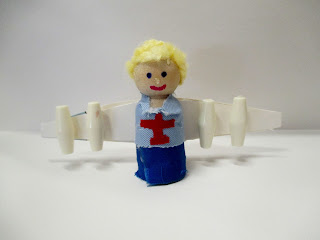 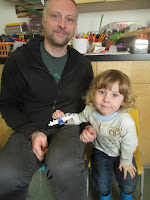 Pegkin #6 Airplane Shirt
by Matthias and Dad
Airplane shirt is a shirt that transforms any little boy or girl into an airplane that can fly everywhere really fast like a WestJet. 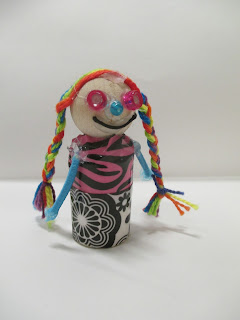 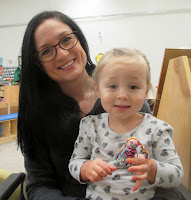 Pegkin #7 Rainbow Brite
by Aria and Mom
Rainbow Brite is part of the Leprechaun family.  She creates rainbows by shooting them out of her hands.  She's always looking for the pot of gold at the end of the rainbow! 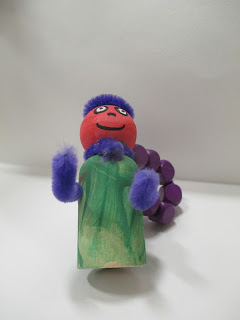 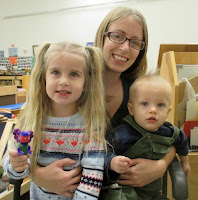 Pegkin #8 Wade
by Elle, Wade and Mom
A Fairy named Wade and he is 5 years old.
He lives at StrongStart and likes to eat raspberries and drink water.
He likes to throw a ball with friends and go swimming at the pool or beach. 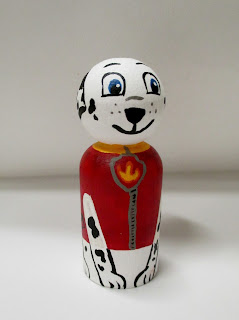 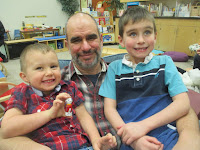 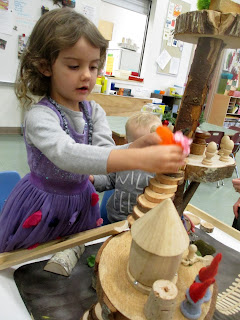 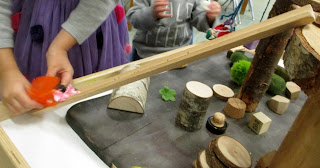 Posted by StrongStart at 9:12 PM No comments: