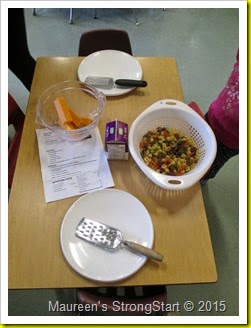 This is the first time we cooked pasta together and it led us to comparing
the uncooked and cooked pasta. 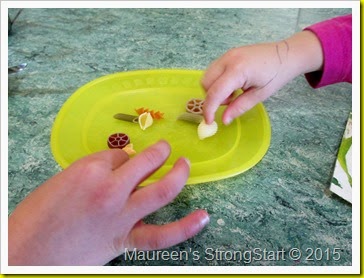 On the plate are two of each piece of Wacky Mac pasta shapes.
One has been boiled and the other is still uncooked. 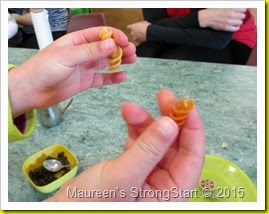 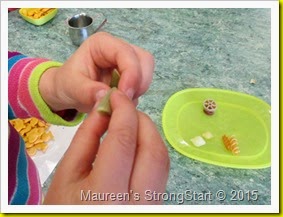 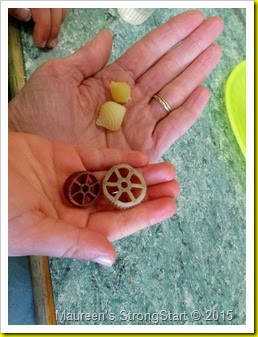 They also noticed that the size had changed.
After cooking the pasta it was larger. 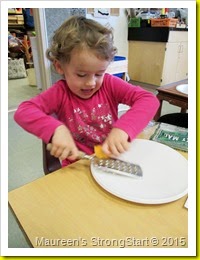 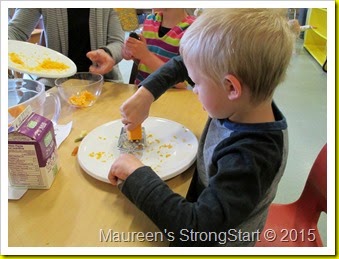 While the pasta cooked the children grated the cheese.  The parents supported their children by sitting close by explaining how to use the grater. 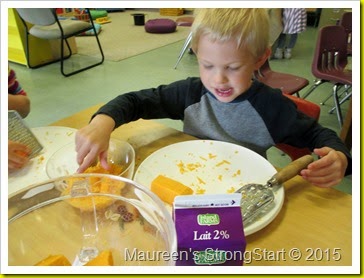 I had expected the children to sample the cheese but they were so focused
on grating that they didn’t even ask. 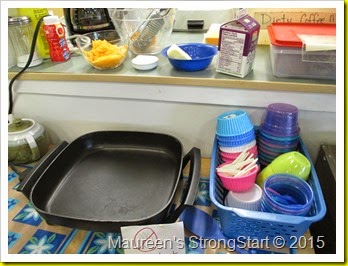 When all the ingredients were ready we started the cheese sauce.  An electric frying pan works well for working with children.  The sides are low so they can reach over to stir without being burned. 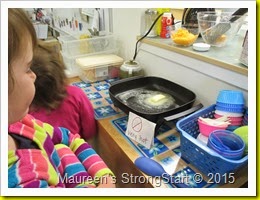 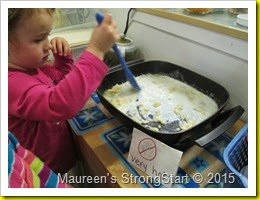 We first added the butter and watched it change, using the words melt, sizzle and steam.  The flour was added next and it clumped up so we changed tools from a stirring spoon to a whisk and it worked much better. 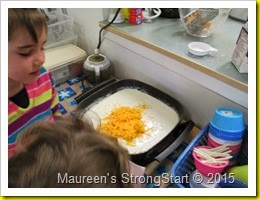 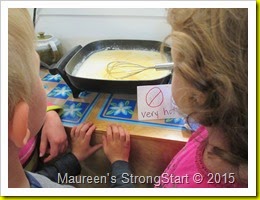 Then we added the milk slowly to smooth the flour and make a white sauce.  We dumped our whole bowl on grated cheese in and it melted quickly. 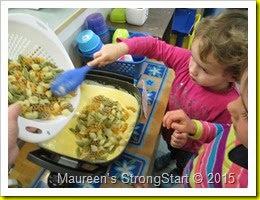 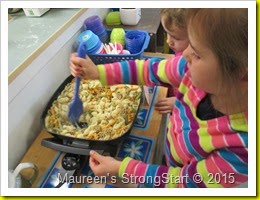 Finally it was time to add the cooked pasta.  Mmm the children noticed the smell and commented that they liked it.  Where previously when the butter was melting they weren’t too fond of it. 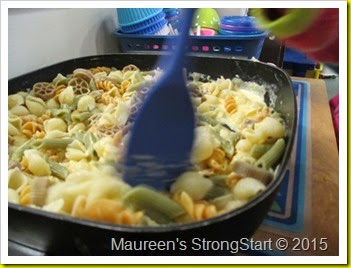 We stirred until the pasta was all coated with the cheese sauce. 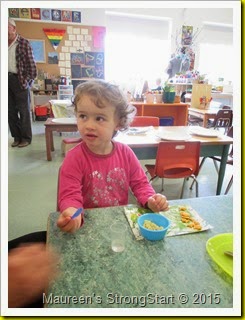 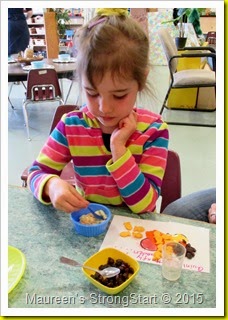 Time to sample our cooking.  They enjoyed it.  Another bonus of using the electric frying pan is that it keeps the food warm for the morning so others that arrive at different times could taste it too.

I found the recipe at www.food.com

Posted by StrongStart at 8:09 PM No comments: