This week the Grand Friends came to visit us at school. 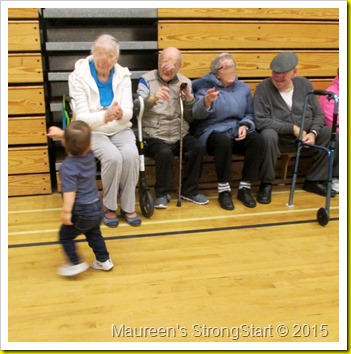 They arrived while we were in gym so we welcomed them to come and watch.  They really enjoyed watching the children play with the balls and run around. 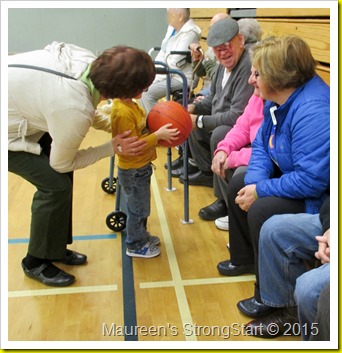 Slowly, and with some encouragement, the children went over to say hi to each of
the seniors, shaking their hands and introducing themselves. 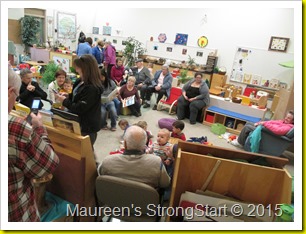 After gym we went back to the classroom for songs and story.  After singing some songs I handed out little cups of snacks for the children.  There were enough left to offer to the grand friends. 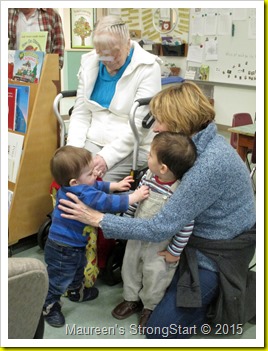 One child arrived just as the last cup was handed out and she was quite upset that she didn’t get one.  Before I had a chance to do or say anything the grandfather sitting behind her handed her his cup. 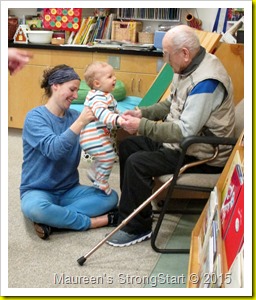 Even though this gentleman didn’t seem to be too aware or involved with what was going on around him he heard and understood the child’s distress and responded with care.  It was very moving. 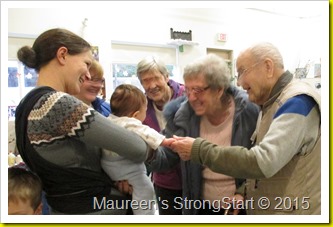 The children moved on to play after story time and I asked the care provider that brought them if this was enough or should I organize an activity.  She responded that the seniors love just watching the children.  As I looked around I saw evidence of that in the looks on their faces. 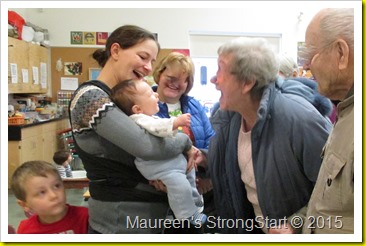 A simple touch, a soft word and a friendly smile brought joy and connection to our families and grand friends.  Each time we get together I’m so appreciative to have this opportunity to bring the two together.

Posted by StrongStart at 8:50 PM No comments: