I was asked to sub at one of our StrongStart centres this week
and I was given the choice of opening the centre or holding an outside day. 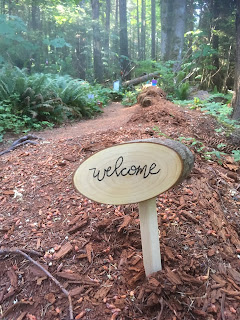 I decided on an outside day and held it at Fairy Lane since it was close to this centre.
Here are some of the activities that the families participated in. 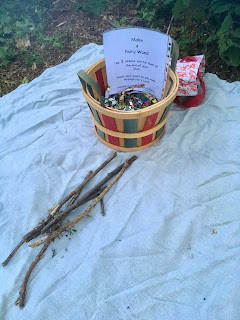 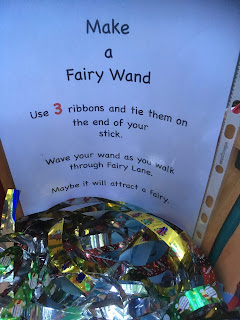 The silvery ribbons added a nice shine to the wands as well as a soft sound when the children shook them.
We didn't see any fairies but one family thought they may have heard a hummingbird fairy. 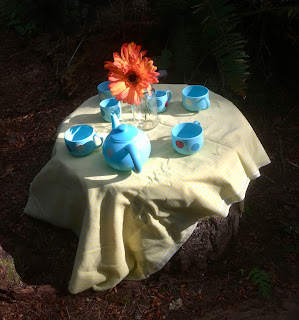 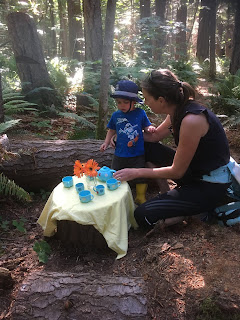 A pretend tea party was a must to have in the middle of the Lane. 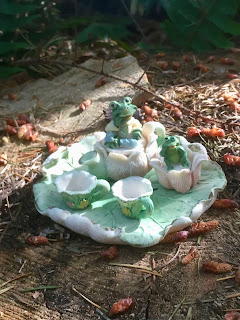 As well as a set for the Fairies to indulge. 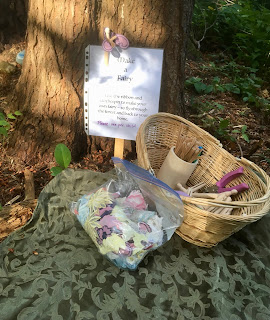 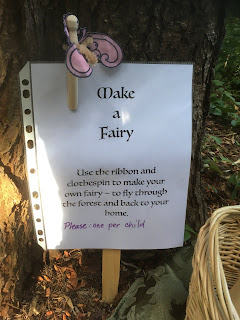 Create your own Fairy. 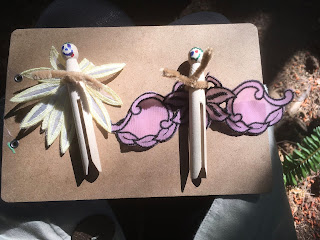 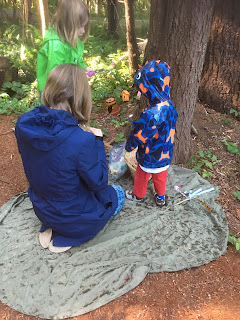 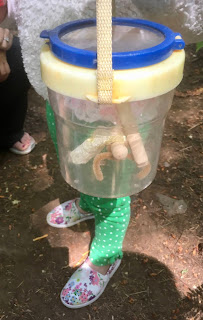 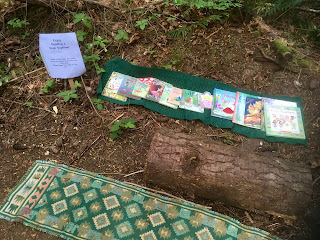 Take some time to sit and read a book about Fairies. 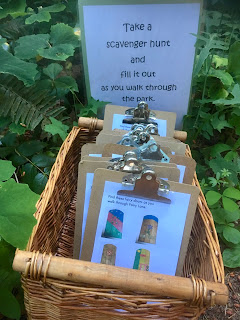 I hid 6 doors in the Lane for the families to find but there were many more already there. 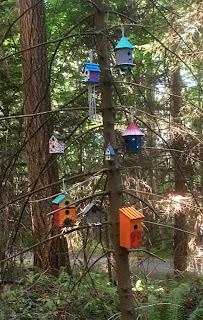 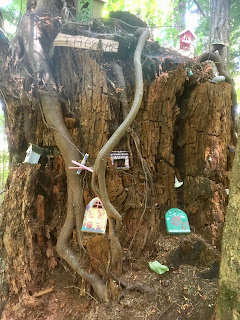 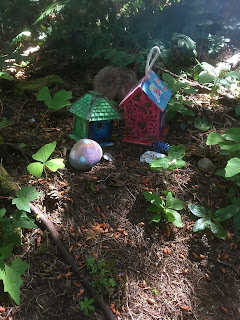 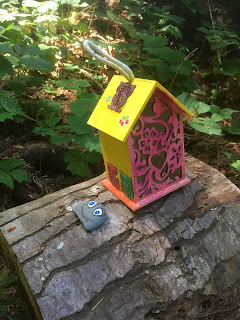 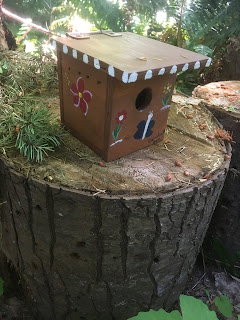 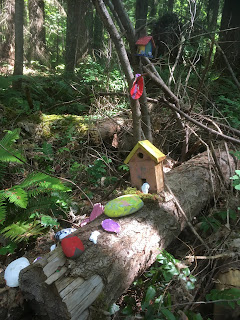 Fairy Lane has been official for almost three years. 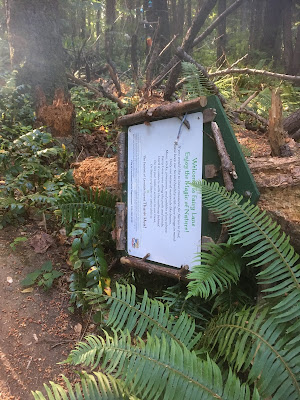 Some things wear out, like the dead tree that one of our signs is
attached to.
I need to call the city.

Posted by StrongStart at 11:17 PM No comments: