A couple of weeks ago I posted about Bus Town which was
the introduction to our talking about buses. 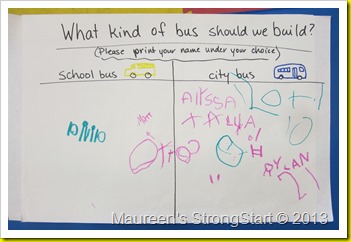 After that we surveyed the children to see which bus they would
like to create.  I predicted they would want a school bus but I was
proven wrong, as you see in the above results. 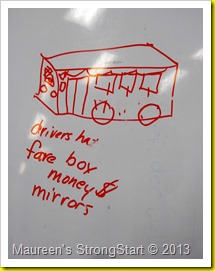 Once it was decided that we
would build a transit bus we read several books that described
buses and talked about what our bus would look like. 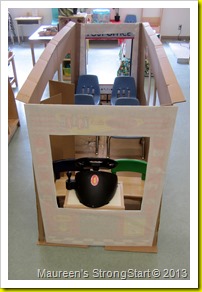 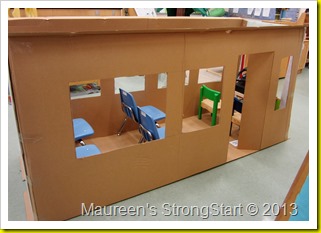 One afternoon Grace and I built the base construction with a
very large cardboard box. 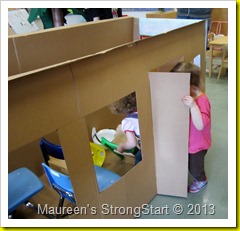 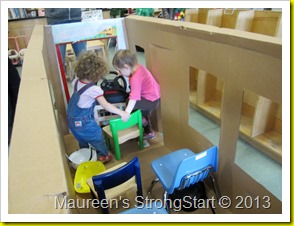 The next morning the children were quick to climb aboard,
sometimes through the windows. 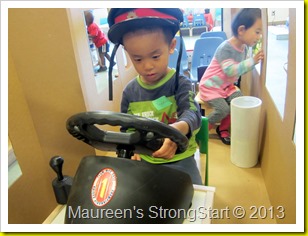 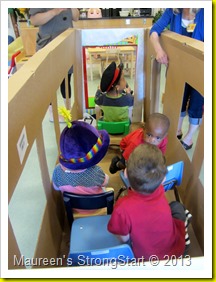 There were drivers and passengers, learning to take turns
driving the bus took practice and patience. 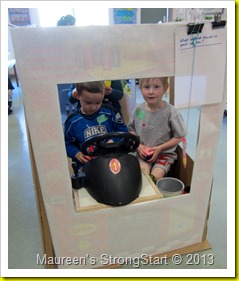 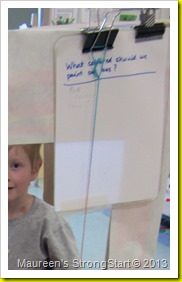 As the children played and dreamed of riding a real bus we
did another survey to decide what colour we should paint the
bus.  Pink was the most suggested colour. 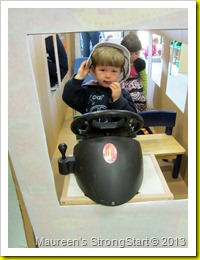 Stay tuned for a post about our bus ride.

Posted by StrongStart at 8:43 PM No comments: