Have you tried to regrow celery?
We did!
Two Fridays ago, after cutting the stalks off a bunch of celery, we placed the bottom part in a bowl of water.  The following Monday there were leaves growing from the middle. 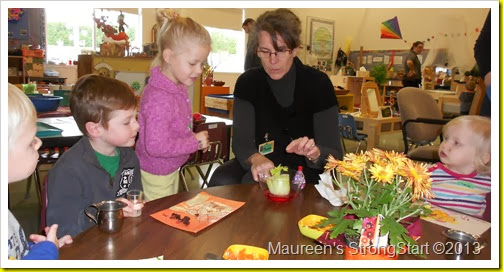 Wanting to extend our experimenting, we wondered if we added colour to the water would it be soaked up into the leaves. 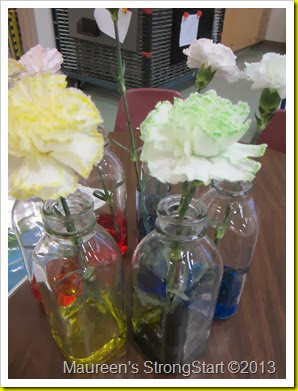 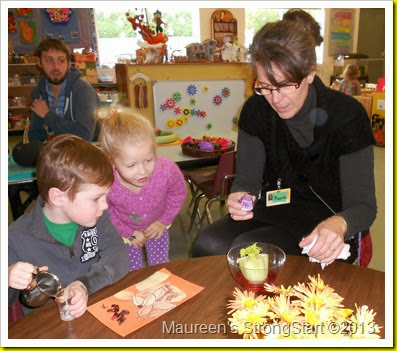 We watched as the red dye mixed in the water and talked about our hypothesis. 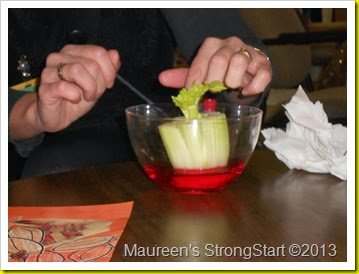 Will we begin to see red colour (highlights) in the leaves or the stalk ends? 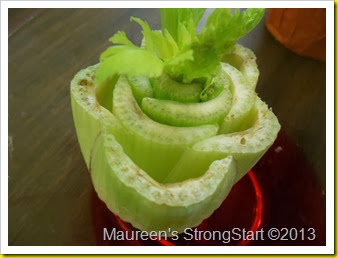 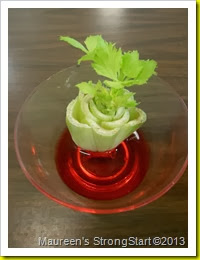 One week later and no sign of red in the leaves or stalk.
But the leaves are still growing taller.
Next step?
Try the same experiment with a single celery stalk.