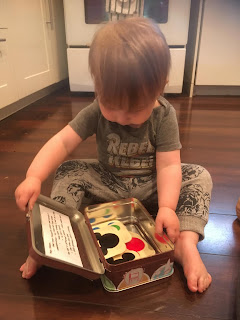 I surprised the little one with a new toy. 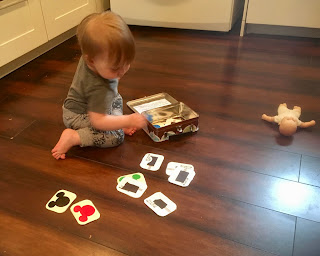 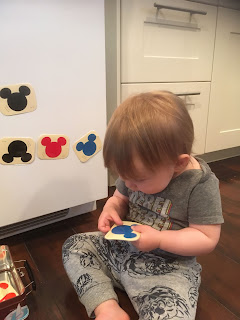 A homemade toy using paint chips from the store. 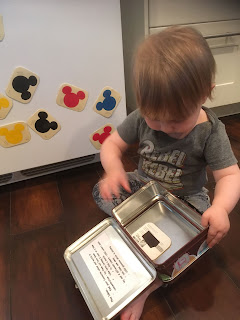 The paint chips have magnet strips attached to the back so they can stick to the fridge.  (She was quite interested in pulling the magnet strips off). 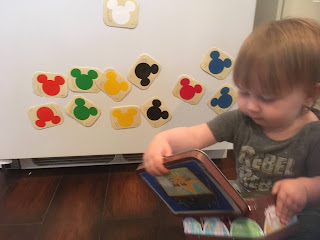 There are two of each colour so we can eventually work on matching. 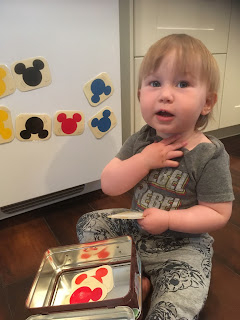 But for now we are focusing on the colour names and how to sign each.
In the above picture she is signing 'white'. 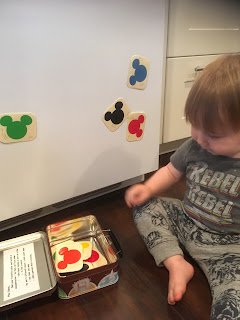 She liked the tin can that I brought them in 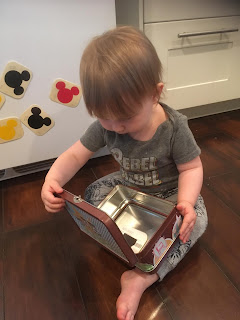 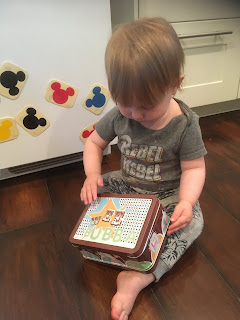 and she spent a lot of time opening and closing it.
After she had put almost all of them on the fridge she began to take them off again.  One at a time, opening and closing the lid after each addition.
It gave me another opportunity to say the names of the colours as she removed them.  She also worked hard learning how to take the cards off the fridge. 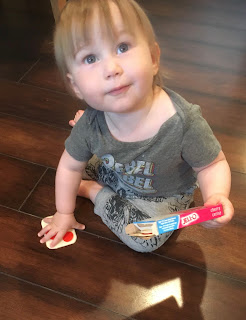 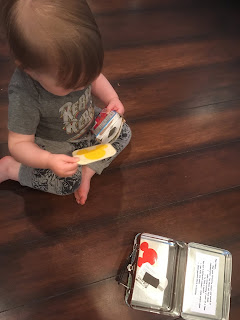 While she was busy playing with the coloured paint chips I made some jello for another activity.
I gave her the empty box and she started to put the paint chips inside of it.
She thought of the idea of putting the cards in the box and followed through with it.  Then she had to figure how to get them out of the box.  Love watching her focus and calm approach at figuring it all out.

Posted by StrongStart at 5:08 AM No comments: