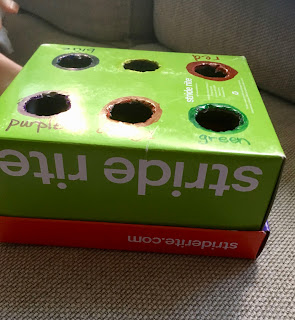 I believe that children learn best through discovery and practice;
being able to repeat a task over and over. 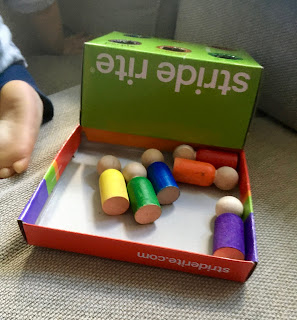 I also believe that how we create an environment lends itself to discovery so I like to make homemade games and toys to encourage her interests. 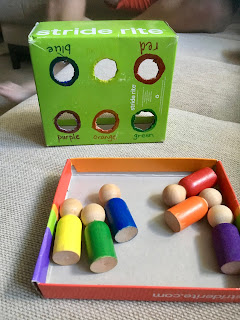 Here is a new one that has a focus on putting things in and taking things out of containers. 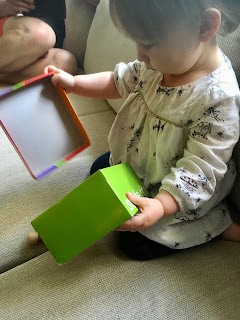 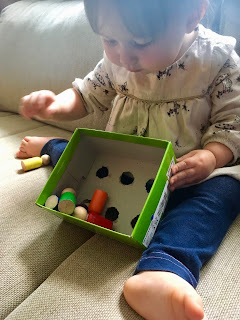 This toy is made from a shoe box.
I painted peg dolls red, blue, yellow, orange, green and purple. 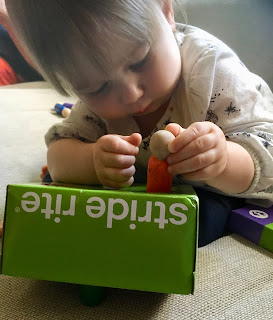 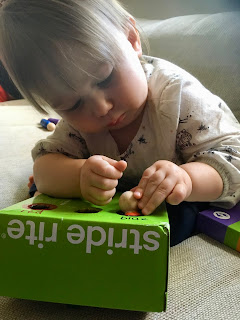 I traced around the flat bottom of the peg doll, on the cardboard box, and then cut out the hole. 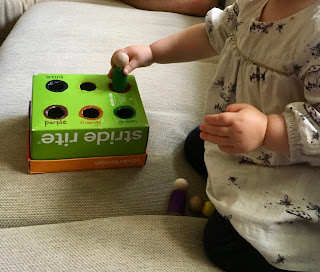 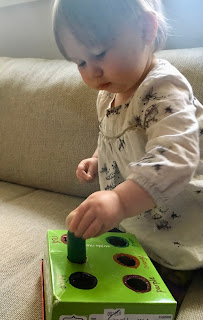 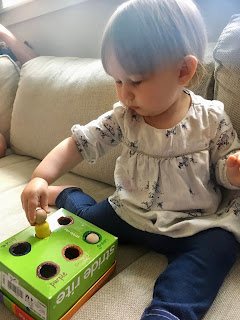 Once she took all the peg dolls out of the box we flipped it over so she could see the holes. 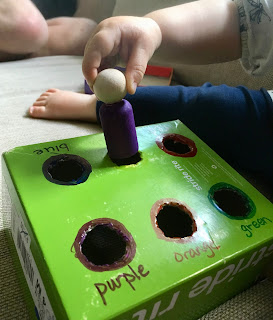 She really enjoyed fitting the dolls into the holes.
Yes I coloured around the holes thinking as she grows and matures then we could play a colour matching game. She is not ready for that. 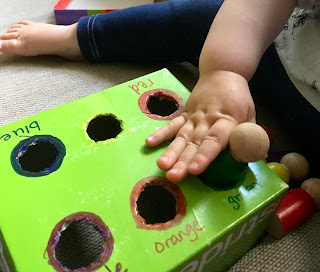 She uses her fine motor muscles in her hands to pickup the doll, set it into the hole and then push it through.  Sometimes it was a challenge.  Sometimes she tried to put too many dolls in the same hole and had to problem solve what to do. 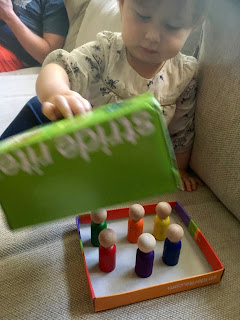 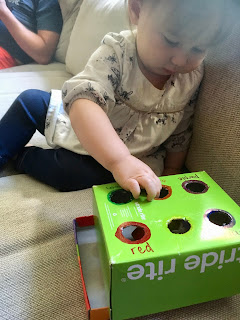 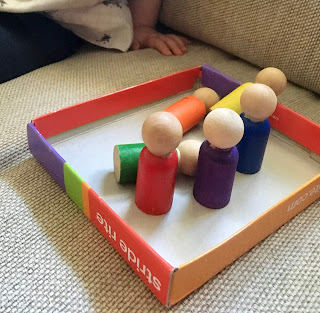 Another thing she practiced was trying to stand all the peg dolls up together. 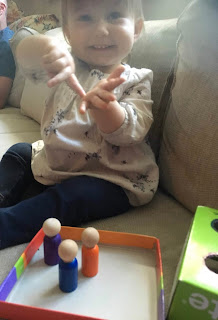 Here she is signing "fall down" although she signs it with only one finger rather than two.
One toy can provide a lot of fun and learning.


Posted by StrongStart at 7:04 PM No comments: