Last Friday we made ice cream. 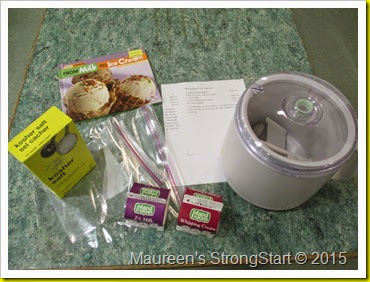 I borrowed an ice cream making kit from our district’s resource centre. 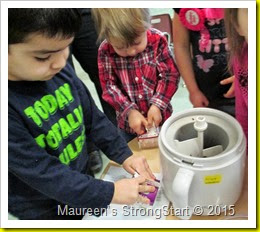 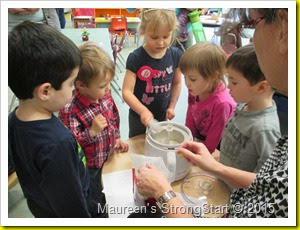 We added milk, cream, sugar and frozen blueberries.  This is the first time I’ve used this machine and I made a mistake.  We measured all the ingredients right into the frozen cylinder instead of mixing them together first then pouring them in. 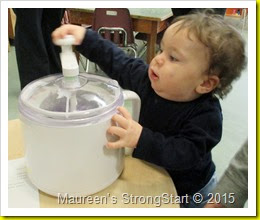 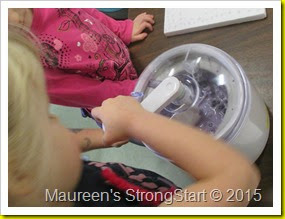 When we measured the sugar in, some of it stuck to the walls and our paddle wouldn’t turn in a full circle. 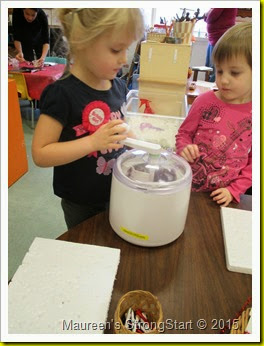 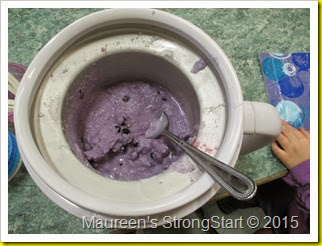 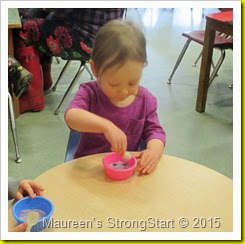 We stirred it the best we could, it didn't completely freeze but still was delicious.

This morning we made ice cream again but using plastic ziploc bags. 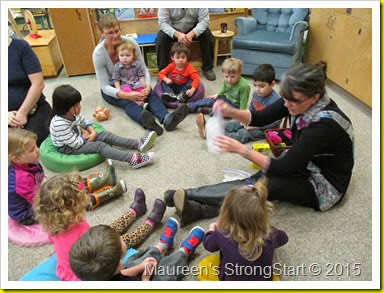 We sat in a circle while I showed them the materials and ingredients we needed.  First was the bag of ice with kosher salt.  We all took a turn feeling it and decided it was really cold and felt hard. 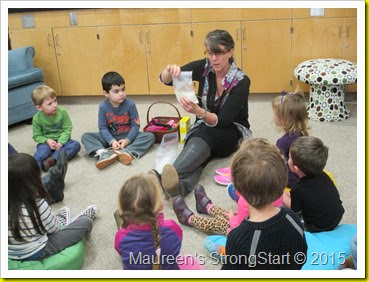 Next was a smaller bag of milk (I already added some sugar and vanilla).  We took turns feeling it and it felt cold but soft.  I gave them the word liquid and told we were going to turn it into a solid. 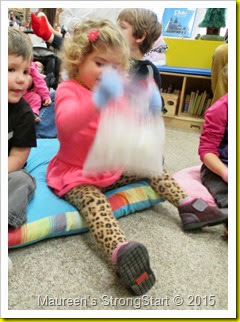 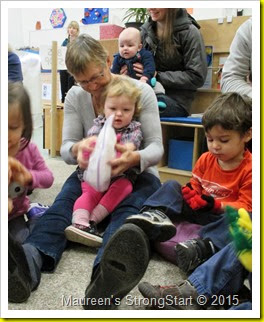 The small bag of milk went into the big ziploc bag of ice, then we took turns shaking it.  The children wore mitts because the bag was very cold. 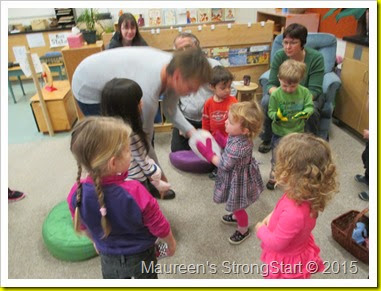 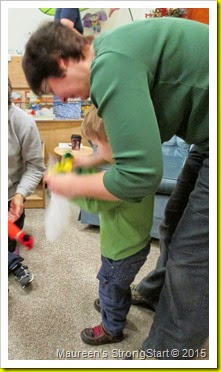 The water from the ice started to come out because the outer ziploc bag ripped. 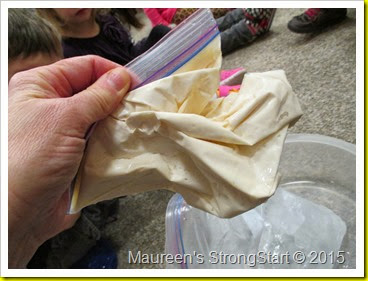 It was time to check if we had ice cream.  Surprisingly it only took about five minutes of shaking for the ice cream to form. 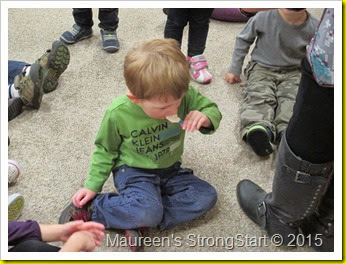 I had little spoons so everyone could have a taste.

Posted by StrongStart at 9:16 PM No comments: