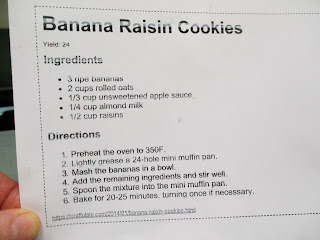 I found this simple recipe at Craftulate and decided to make it with the children
last week. 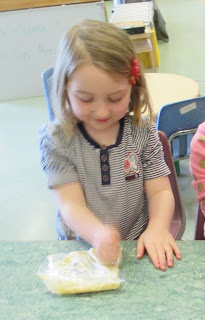 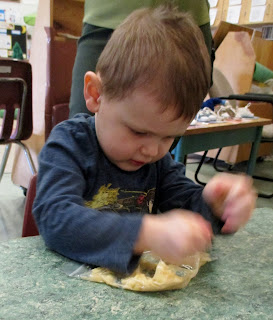 First thing was to mash the bananas.
Instead of using a masher the children peeled the bananas and put them
into ziplock bags.
Then pounded, squished and mashed them smooth. 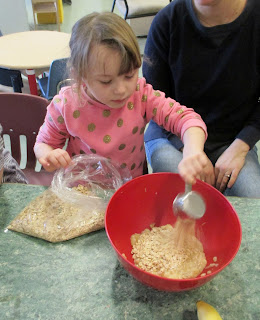 Next we measured in the oatmeal 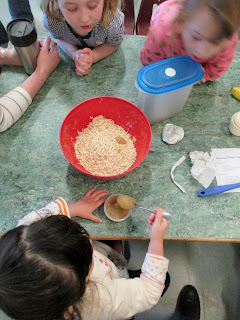 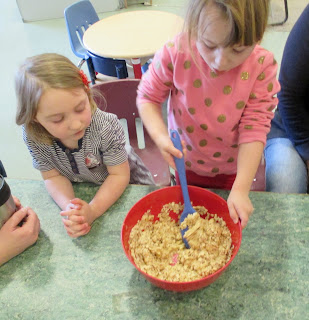 We stirred in the milk and raisins. 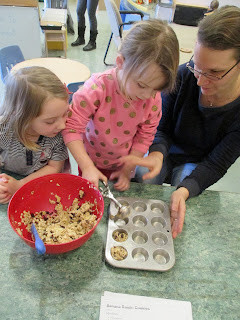 Then scooped the dough into little muffin tins to bake.
They are surprisingly good.
Even without added butter, sugar or fat.
I think some cinnamon or nutmeg would be a nice addition.
But they are so simple that several families took the recipe home.

Posted by StrongStart at 2:43 PM No comments: