Last week I shared this post about playing with magnets and tin cans.  At the end I asked for ideas on how to extend it.  Thank you to everyone who shared their ideas.  The following is what was added. 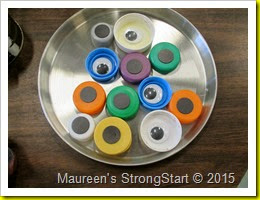 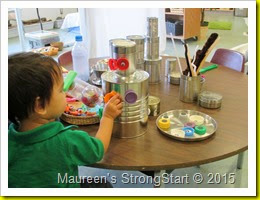 Milk jug lids with magnets on the backs; some of them I glued wiggly
eyes on the inside. They were a hit. 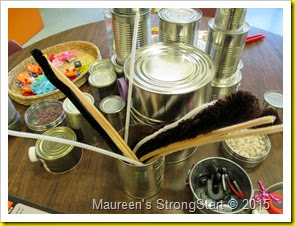 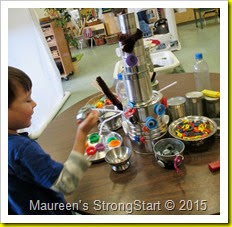 Pipe cleaners but the children didn’t show much interest.  I wonder if
they were brighter colours would they have been drawn to them. 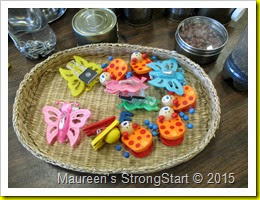 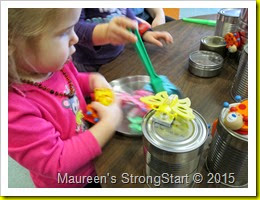 I dug out these magnet clips that are shaped like bugs and butterflies.
They had a lot of fun moving them around. 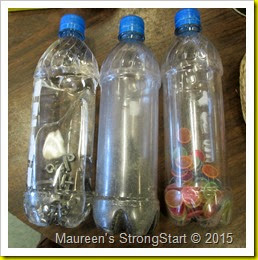 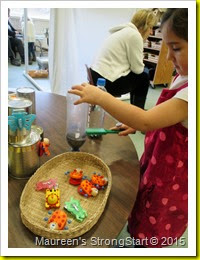 A few of our discovery bottles might work with magnets; nuts and bolts,
iron filings, and bingo chips with metal edging.  They used the wands to
try to move the pieces inside around.

Then as the week concluded I moved the small metal pieces into the
sensory table with the magnet wands and covered it all with paper confetti. 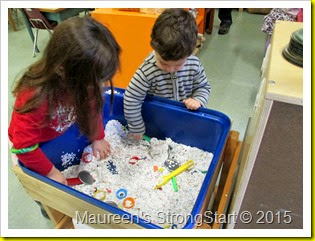 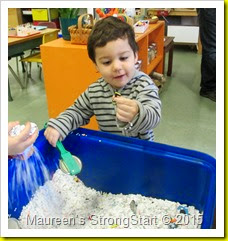 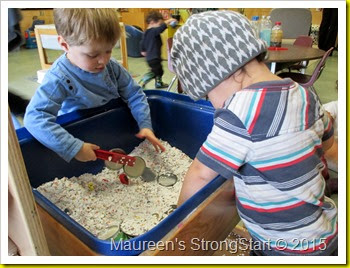 They slid the wands through the confetti and checked what was stuck to it
when they pulled it out.

Thanks again to everyone who sent me emails with ideas.

Posted by StrongStart at 9:51 PM No comments:

We finished our focus on shadow and light with a couple of art activities. 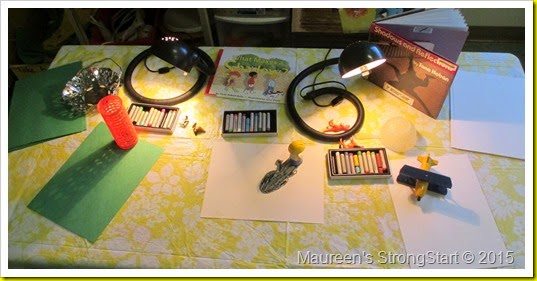 The first was tracing shadows.  We set up two lamps so more than one
child could work at this at the same time. 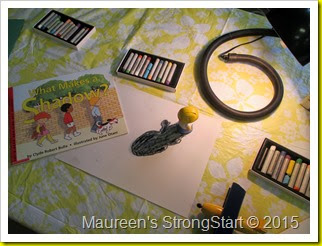 I referred to the lights as the sun and we angled it low to make the shadows
longer. 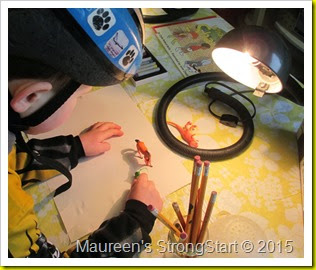 I hoped we could use oil pastels for this activity but the tip of the pastel was
to thick for tracing so we brought down the pencils. 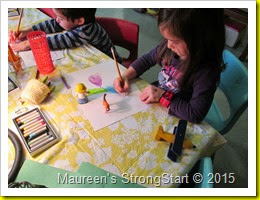 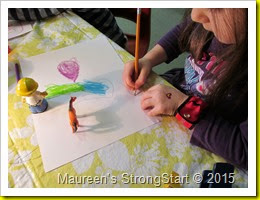 I’ve mentioned before that younger children may have a difficult time seeing the shadow.  But once it was pointed out, the white paper helped, then they were able to trace around it.  The older children more so because it took a lot of fine
motor skill. 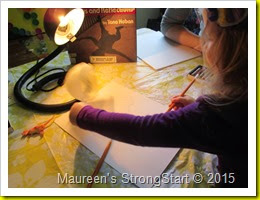 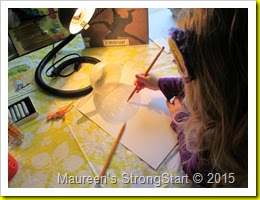 This child worked hard to set up the mini colander just so and then trace the
marks.  We thought it looked like a strawberry with seeds.

The other art activity was using stencils and chalk pastels. 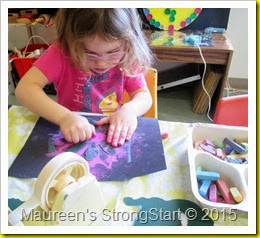 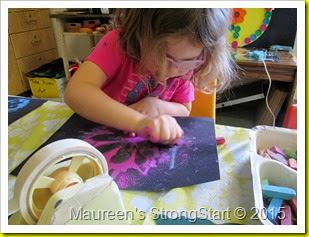 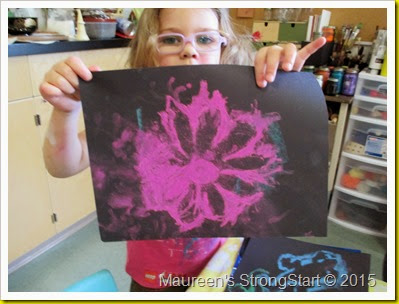 It is the same skill as the first activity but simpler because the stencil is a solid form to trace.   This child really enjoyed this activity and did several pieces of art. 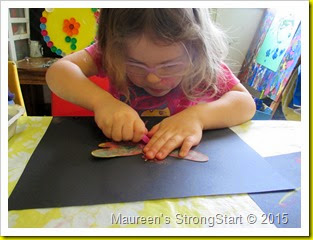 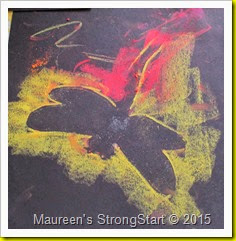 On to her second work; love her focus and the brush of chalk on her cheek from
pushing up her glasses. 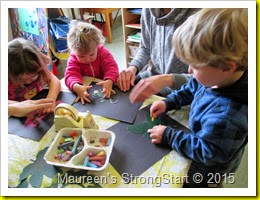 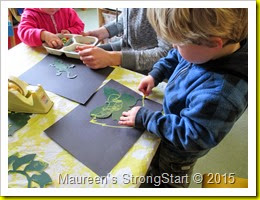 And just like tracing a shadow some children couldn’t see the outside of the
stencil and started on top of it. 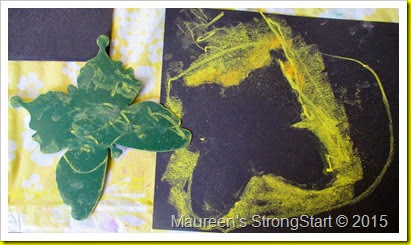 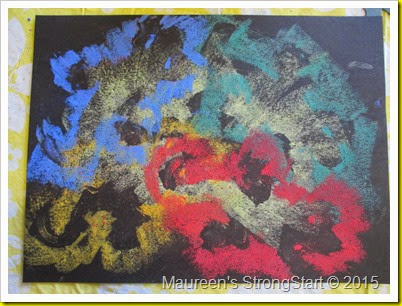 I really enjoyed this art.  This is my piece, I overlapped the stencil and used
different colours.

Posted by StrongStart at 8:46 PM No comments: