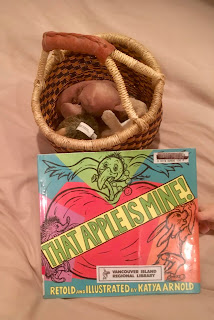 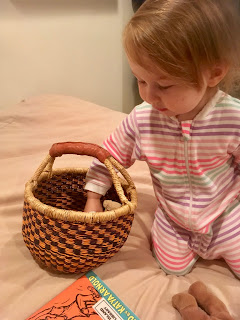 This month's treasure basket was a book with stuffies to retell it. 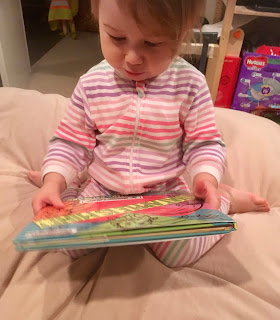 We started with reading the book called "That Apple is Mine"
by Katja Arnold. 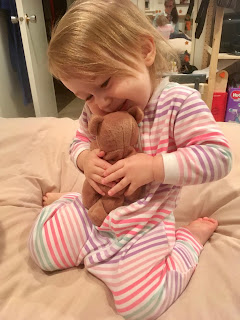 Then the Little One pulled out the characters, from the book, that were in the basket.
A rabbit, a crow, a hedgehog and a bear. 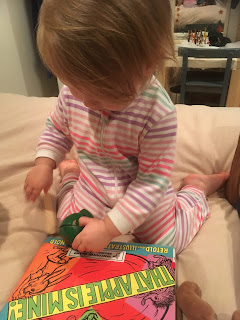 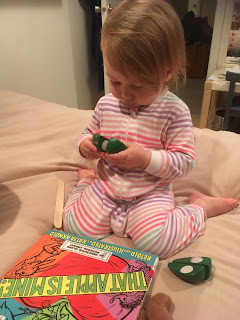 But her favourite thing in the basket is the apple (it's really a pear, since I didn't have an apple). 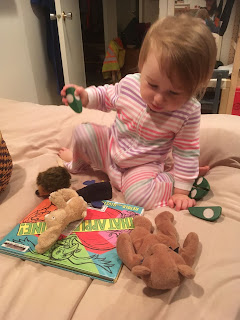 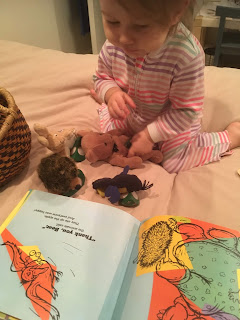 I believe it is a Melissa & Doug toy and it is special because it is cut into 4 pieces and velcro holds it together. 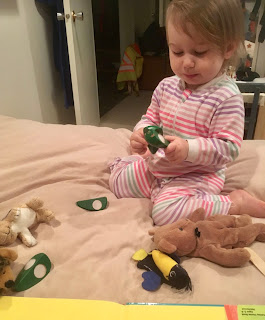 Which means she can cut it apart over and over. 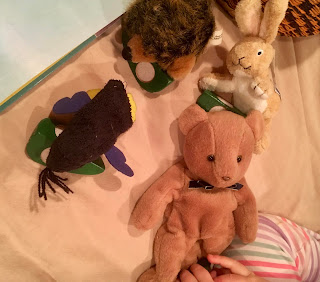 In the story the bear solves the dilemma of who the apple belongs to by suggesting they cut it and share it. 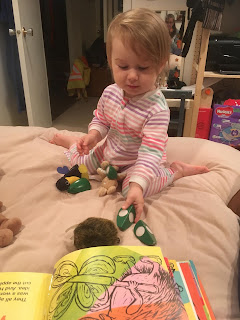 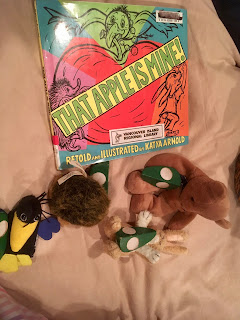 They are all happy in the end.
Except the worm.
He doesn't play a big part in the story unless you look closely at each picture but I won't ruin that for you.

Posted by StrongStart at 4:30 PM No comments: