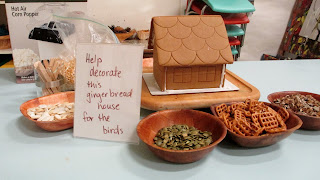 During after Christmas sales I picked up a cheap gingerbread house making kit with the idea to decorate it for the birds.  I've been pinning ideas from a variety of sites like this one and this one. 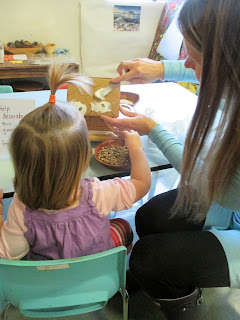 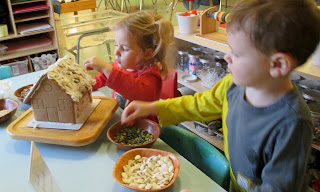 Yesterday I assembled the gingerbread house using the frosting included.  This morning it was solid and ready to be decorated.  I had planned on using popcorn and pretzels for decorations but after a bit of research learned that they are not healthy for birds.  So our decorations consisted of two kinds of pumpkin seeds, sunflower seeds and oats.  Lard was spread on the house first to hold the seeds in place. 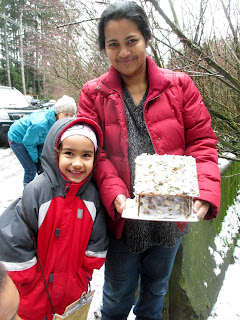 When it was ready we headed to the marsh to feed the birds. 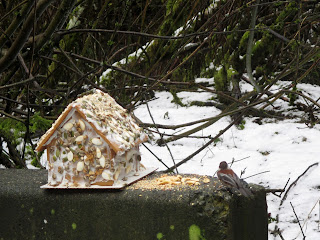 And they were hungry. 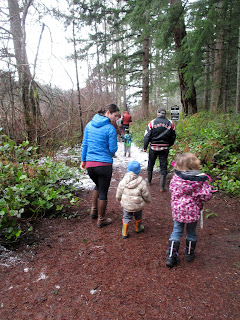 We carried the bird seed house down the path, leaving seeds as we went. 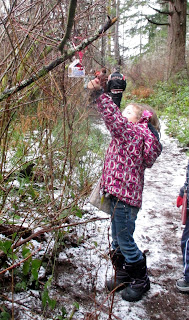 Refilling some of the feeders that others had left. 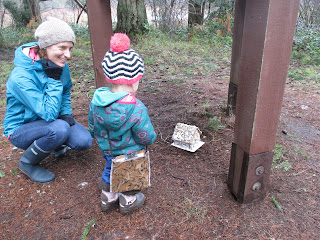 Until we found a spot and left it behind.
We wonder what other animals might enjoy it. 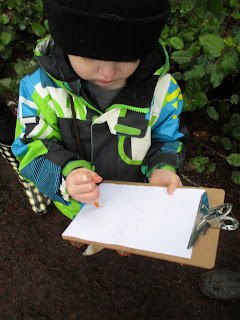 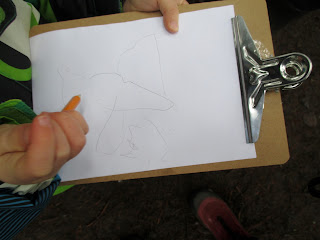 As we spotted birds some of the children drew pictures. 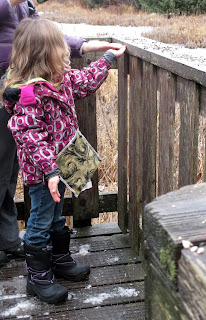 Others continued to feed the birds.
Standing patiently and quietly, hoping that one would land on their hand to eat. 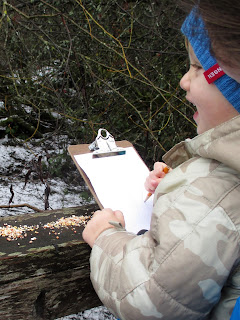 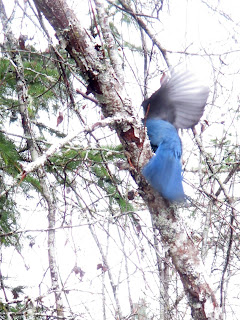 It was exciting watching the birds fly from branch to branch. Showing their nerves as they came close then quickly flying away.


Posted by StrongStart at 7:23 PM No comments: