Yesterday, part of our morning at the park was spent doing a StoryWalk®. 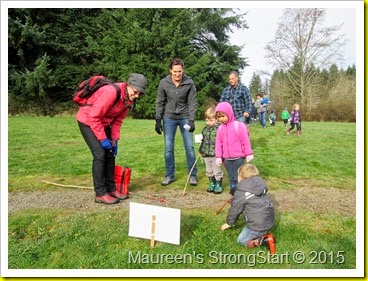 A StoryWalk® provides an opportunity for the families to enjoy a book as they walk around outdoors.  It promotes literacy, physical activity and builds a love for reading between adult and child. 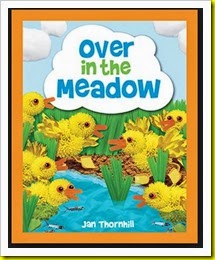 I chose to offer this book since we were going to be walking around a meadow. 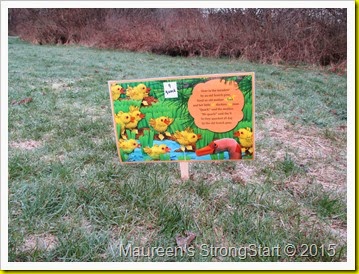 I bought two copies at a thrift store and took them apart.  I mounted each page on construction paper and laminated.  After attaching them to a paint stir stick, with tape, I stuck them in the ground. 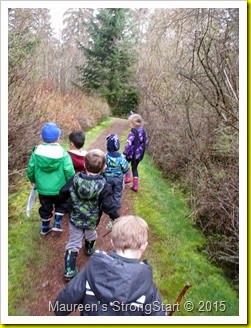 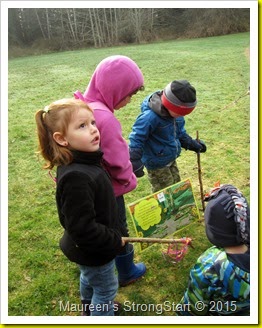 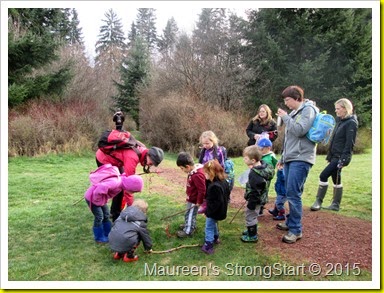 We followed a path around the meadow and at each page we stopped and sang together.  Then we would count to figure out what number to expect next. 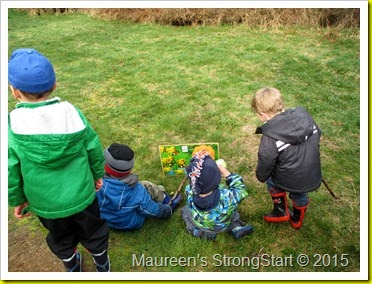 I really like this version of this old song.  The illustrations were produced with common items found around the home. 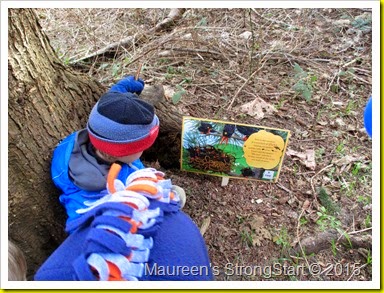 For example they use boot laces for a bird’s nest or a garden glove for a turtle’s body.  This provided us another opportunity to build language and talk about creativity. 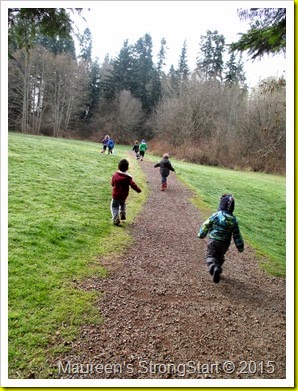 After about the third page the children really got into it. 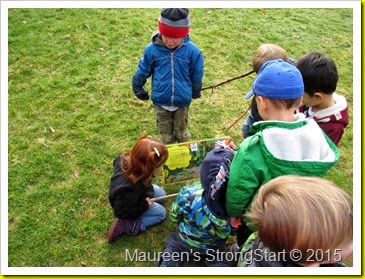 Once we finished singing and talking about the pictures they would run off to the next one and wait for us to catch up. 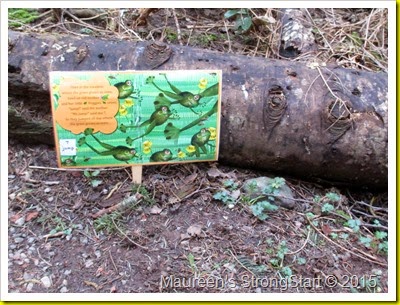 Another reason I liked this book is because of the action words they used to describe each animal, such as ‘gnaw, jump, quack, bask (a new word).  As we sang we would act like each animal. 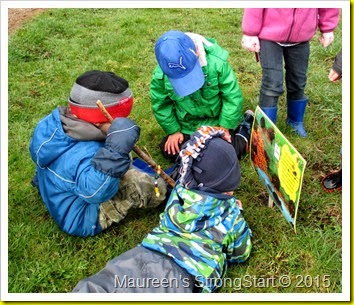 I’m not sure if they were getting tired or really curious about the pictures but they started sitting by each picture and getting an up-close look.  I do know that they are understanding that the marks on the page tell us the story.

On another note:  as we were setting up this activity in the park other people were out for their morning walk.  Several stopped and asked what we were doing, others found us and said how delighted they were with this surprise this morning.  Two older ladies told us how much they loved this song when they were younger.

The StoryWalk® Project was created by Anne Ferguson of Montpelier, VT and developed in collaboration with the Vermont Bicycle & Pedestrian Coalition and the Kellogg Hubbard Library.

Posted by StrongStart at 8:27 PM 2 comments: