Today at the art table I placed dyed popcorn kernels, glue and paper plates with instructions to allow the child to squeeze the glue, to spread the glue and to place the kernels which will help build fine motor muscles. 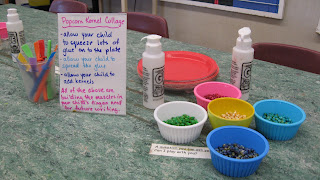 It was a wonderfully colourful craft. 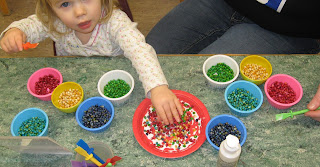 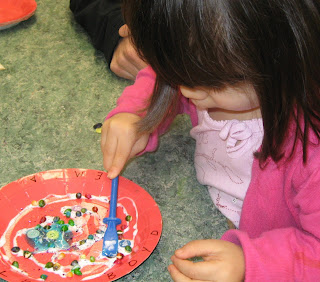 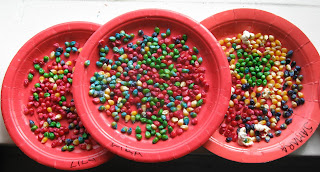 At one point during this morning there were a couple of families together at the art table.  They were busy chatting and doing when I was called over and became involved.
The parents told me that the children were wondering if we popped the kernels would the popcorn be coloured too?  Good question.
I suggested we try it and see.  So I got down the hot air popcorn machine and with a few coloured kernels we set up our experiment.  The majority thought it would be white. 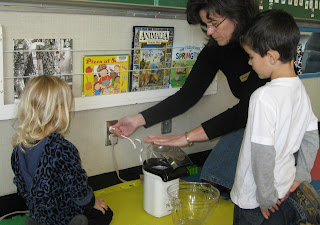 But before starting we went around the room and polled the children for their guesses.  Will the popcorn be coloured or white? 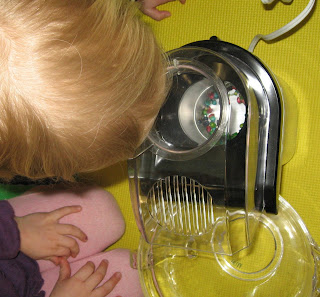 We watched as it swirled around and the machine became hot.  Then we heard the first 'pop'. 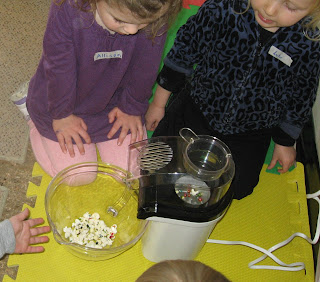 The results??  The popcorn is white but we could still see a bit of the colour on the husk of the kernel.
The children wanted to eat it but since I had use rubbing alcohol to help dye the kernels I thought it best not too so we put it on the craft table to add to our collages. 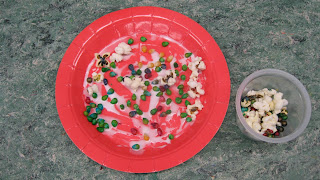 Posted by StrongStart at 5:42 PM No comments: