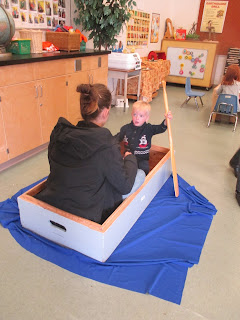 The beginnings of our pirate boat.
Not too big but fun to play in. 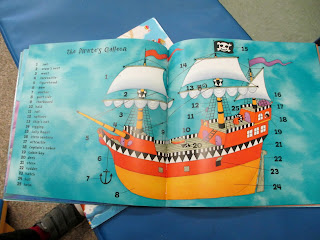 We found this great image that helped us design our ship. 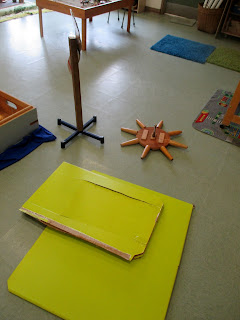 Then I found some cardboard and brought in a few pieces
to build the ship's helm. 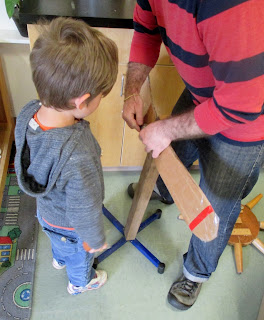 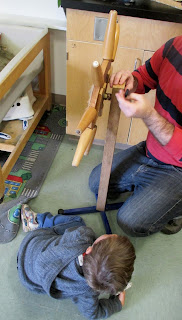 This part use to be a propeller on our plane.
It came off and the wheel was put in its place. 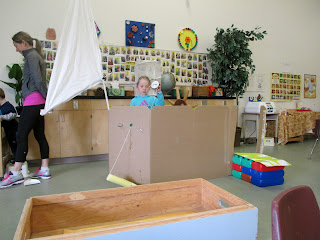 We set up cardboard to look like the front of the ship,
the back part is open so they walk in. 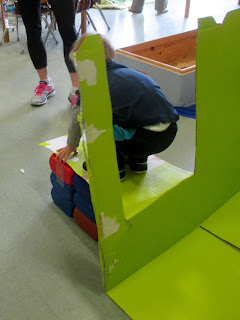 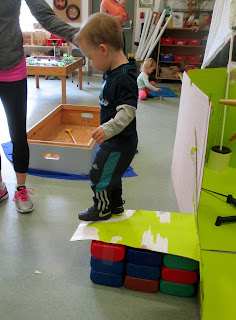 Out of the side a plank was added. 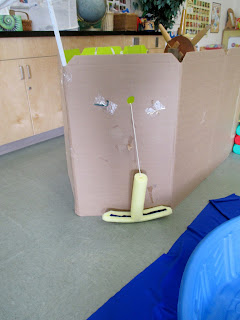 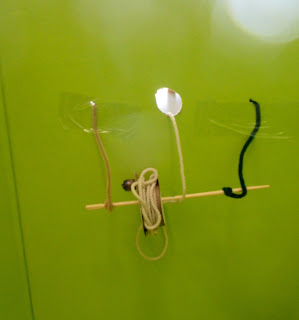 One child suggested an anchor so we made one using a pool noodle.
Inside the ship is a crank to wind it in. 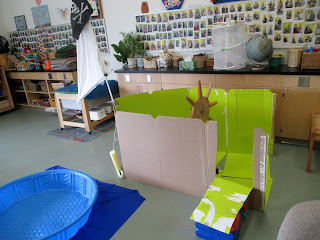 All ready for play. 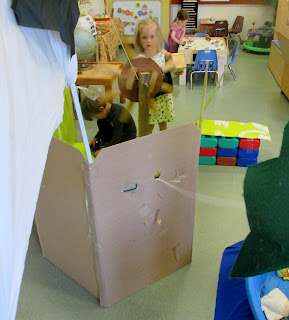 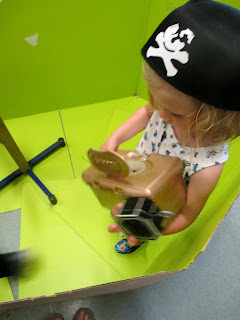 This pirate really got into the treasure and wanted to bury it. 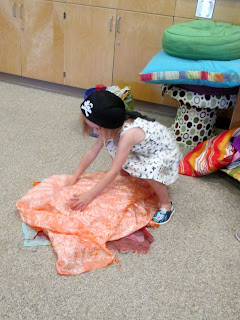 I suggested she could use our scarves.
She buried it but I asked how anyone would know what is buried? 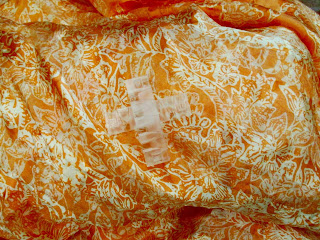 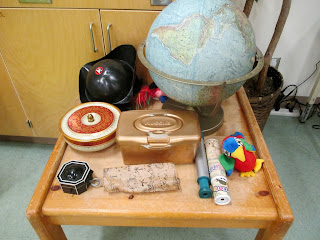 A few more props were added. 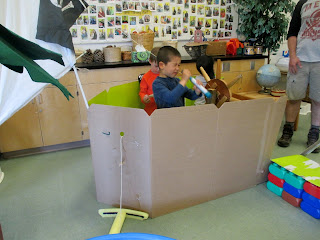 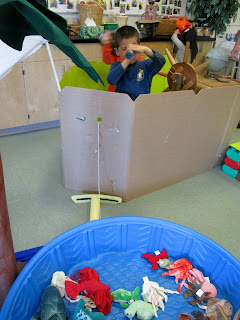 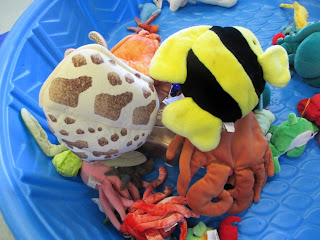 But its buried at the bottom of the sea. 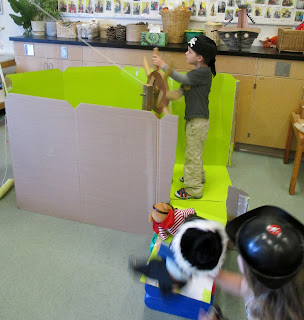 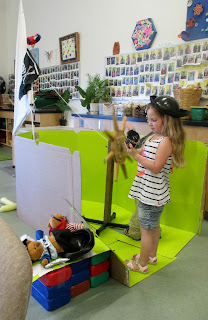 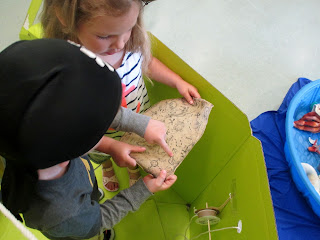 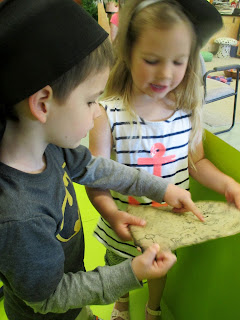 And these pirates discovered a map and negotiated where they were going.
Soon we head to the beach to search for treasure.


Posted by StrongStart at 6:16 PM No comments: