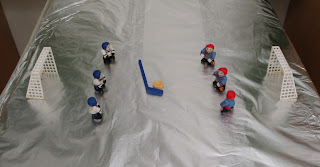 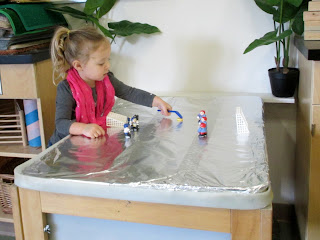 A favourite pastime for many is hockey, either playing or watching. 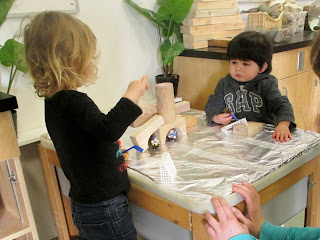 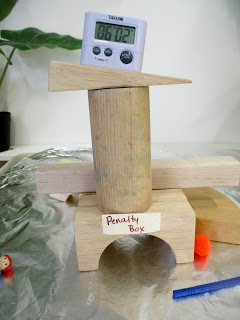 When I asked about it he and his dad told me it was a penalty box.
His dad explained that he had been watching a game on tv
and he was getting frustrated (or excited) that there were so many penalties. 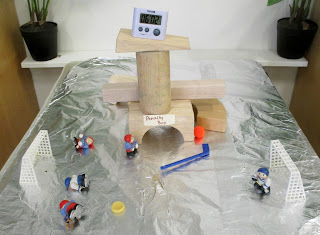 Since that game his son has been preoccupied with penalities.
So they built one for our game.
We found a timer to set because all the players were in there at one time. 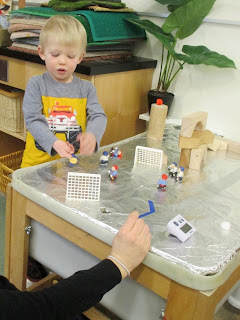 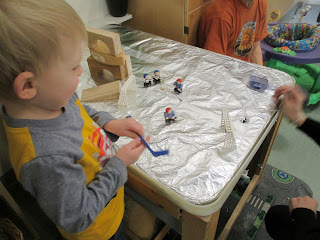 And the game continued.

Posted by StrongStart at 9:05 PM No comments: