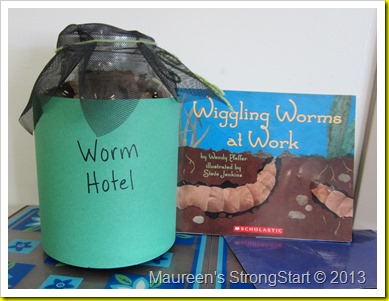 Today we went on a worm walk. 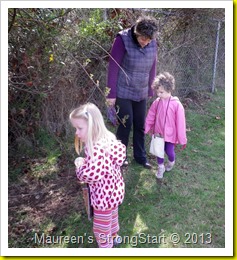 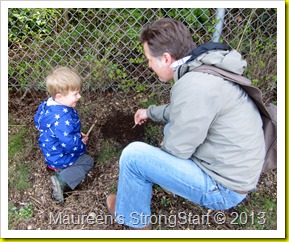 It was dry out today and we really had to search to find live worms.
One child told us that worms don’t like the sun so we found a shady
spot and started to search.  We dug and dug under the old leaves. 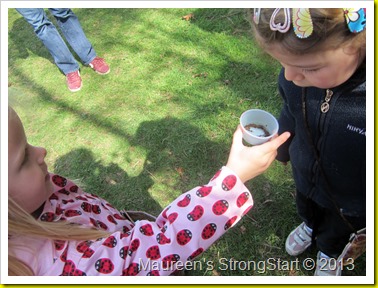 We finally found some, shared them, then pulled out our Nature Bags. 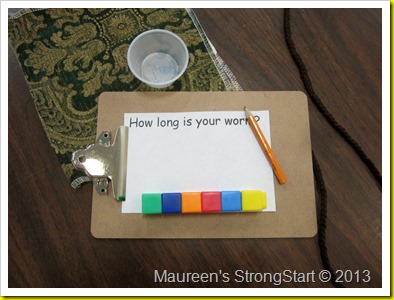 Our nature bags was full of the things we needed for measuring worms. 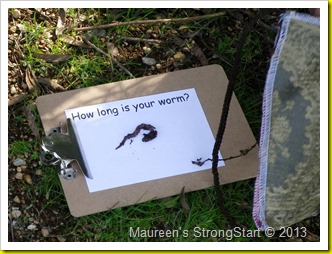 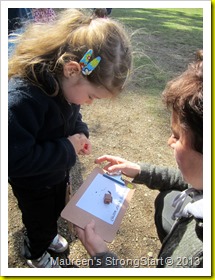 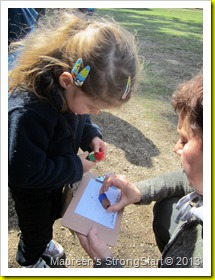 The children used the cubes to measure how long their worm was.
They counted each cube till they had the length of their worm. 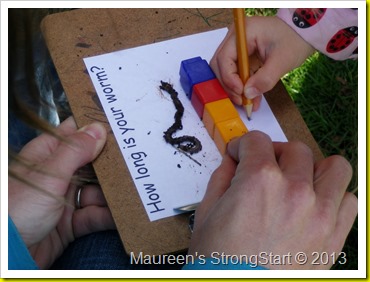 They added marks on their paper to match the blocks. 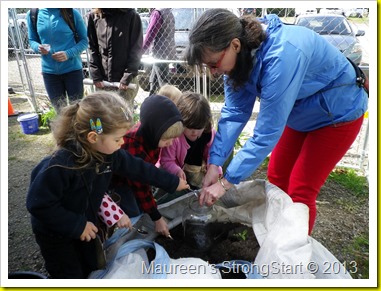 Once everyone had a worm we headed to the garden to build
our worm hotel.  We started by scooping soil into a big jar. 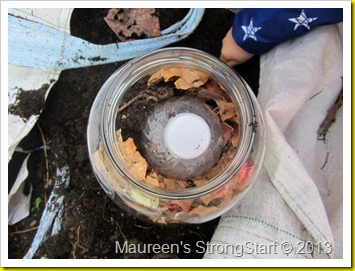 A smaller bottle was centered in the big jar to make the space
narrower so we can see the worms tunneling once they move in.
We also added layers of dead leaves and sand. 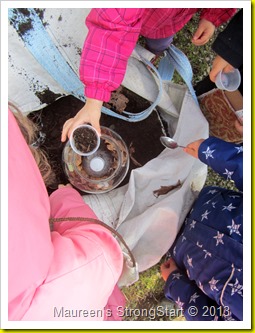 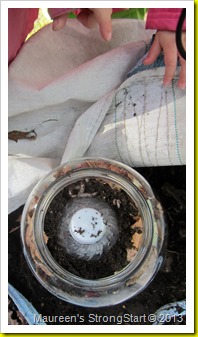 We moved the worms into their new home. 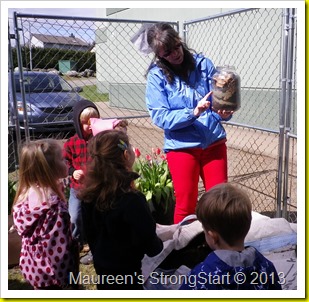 I explained the reason we added a layer of sand was so we
would be able to see where the worms move around their
hotel.  They’ll move the sand and soil as they tunnel. 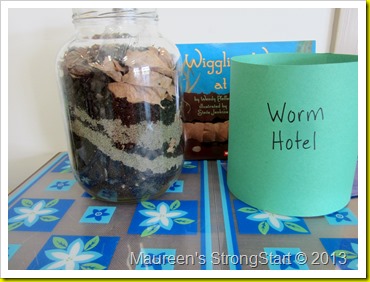 And as the child said earlier, “worms don’t like the sun”,
we’ll keep them covered when we’re not watching.

Posted by StrongStart at 9:51 PM No comments: