Each month I close one morning to open one evening.
This gives the whole family time to come together to play
and share a meal.
We do a potluck, usually at the school. 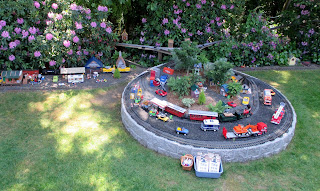 This month I hosted it at my house.
I wanted to share my husband's passion for trains
and invited the families to come and play
in our backyard.

These pictures show a bit of what my husband, Raymond,
has designed and created. 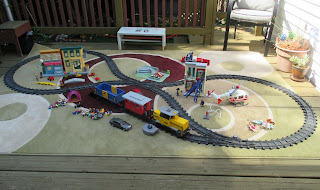 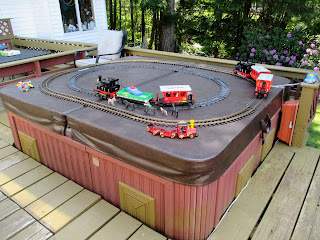 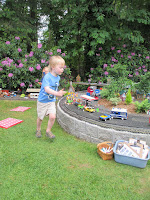 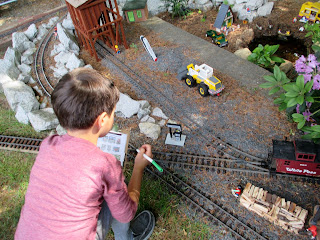 Although I did create a scavenger hunt with pictures of some of
the Playmobile objects he used. 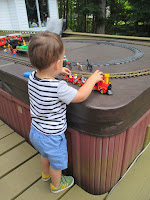 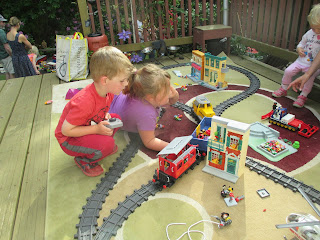 The children played and played.
Taking turns with the controls or enjoying moving the people, buildings
and other vehicles around. 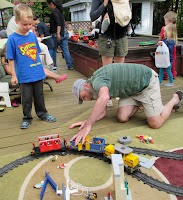 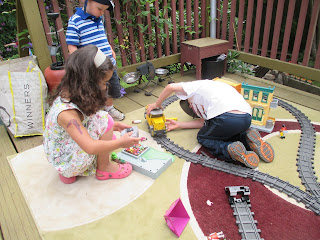 Occasionally a train would derail and Raymond would fix it.
But as we know children will watch everything we do
and they were soon fixing it themselves. 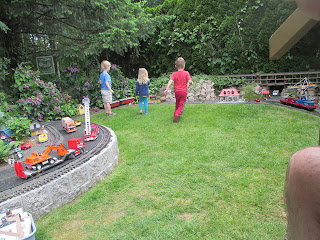 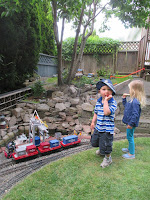 Back on the grass the children ran around chasing the train
seeing where it was going and trying to guess where it would come out.
One of the children stopped and told me
"There's so much to see" 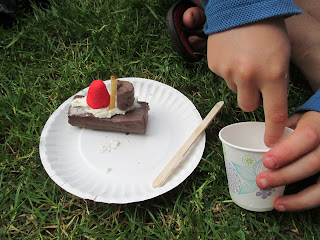 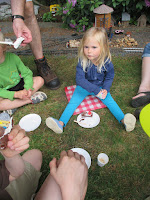 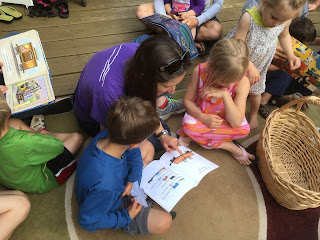 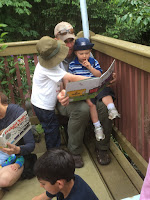 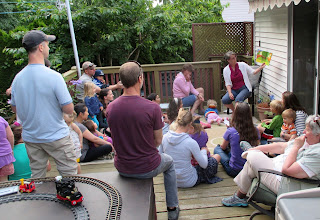 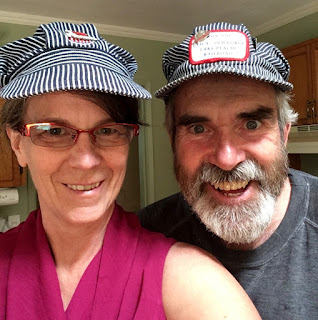 If you want to see more of OpaNanaLand
check out this video.

Posted by StrongStart at 9:46 PM No comments: