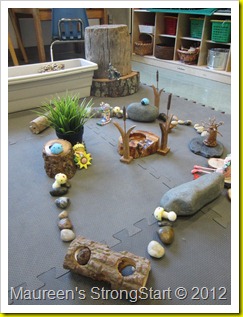 Fairy World was created in our classroom a little while ago.
It started when we found the fairy doors in a neighbouring community.
The above picture was the beginning of the provocation. 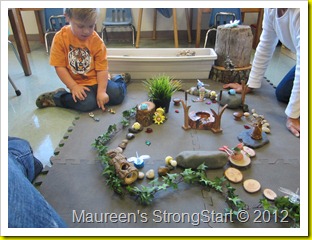 It would change and grow with each child and grown up that played with it. 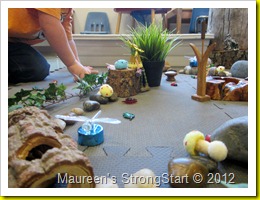 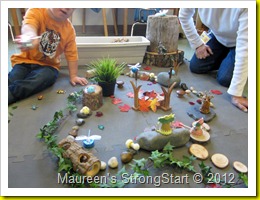 I introduced dragon fly lights from the dollar store.
They would fly around the Fairy World, land and light up as the children’s
imaginations soared. 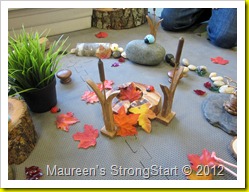 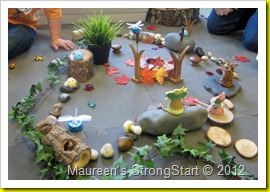 Because it is autumn, and our colourful silk leaves are out,
fall came to Fairy World. 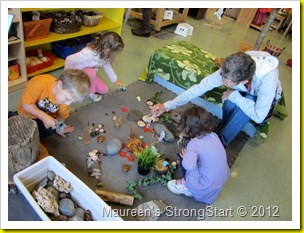 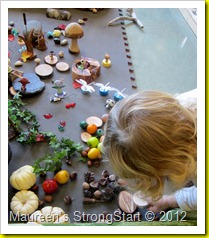 The space is large enough to allow many bodies to be involved in the play,
child and adult alike.
The shelves beside the space holds many more props to add to play. 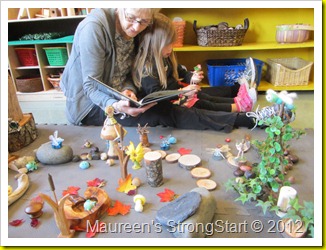 Books were set around the play space so the children could hear stories
while being involved with Fairy World. 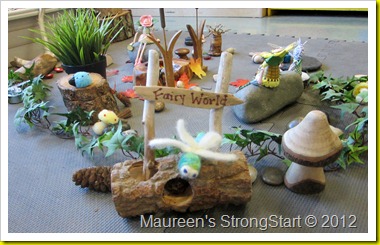 Thanks for reading along with our fairy adventure. 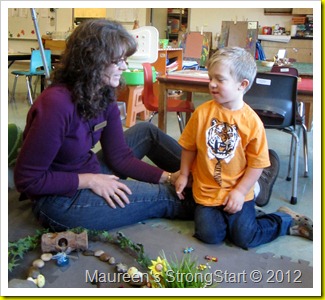 Stay tuned for more stories of a real Fairy Lane that has been
created out of doors.
Posted by StrongStart at 9:15 PM 4 comments: