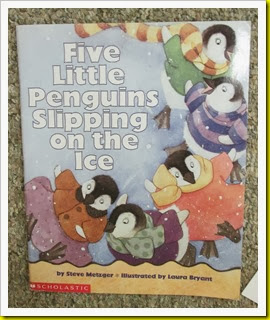 Story time today started with the book Five Little Penguins Slipping on the Ice by Steve Metzger.  It’s a version of Five Little Monkeys Jumping on the Bed. 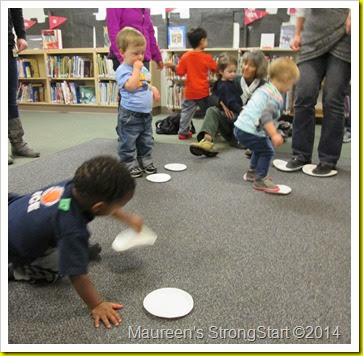 After the story I handed each child ‘penguin feet’ (paper plates, the cheap kind) and we waddled around.  The paper plates allow us to slide easier on the carpet. 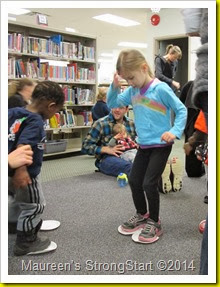 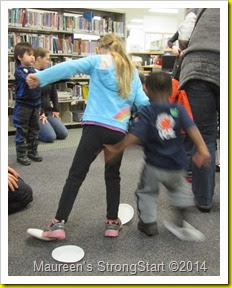 I introduced a short little song that I found on CanTeach, called Penguin Shuffle. 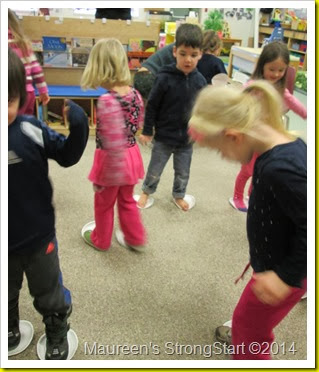 Here’s a little video showing us doing the Penguin Shuffle.

I also put together this version to use on the felt board. 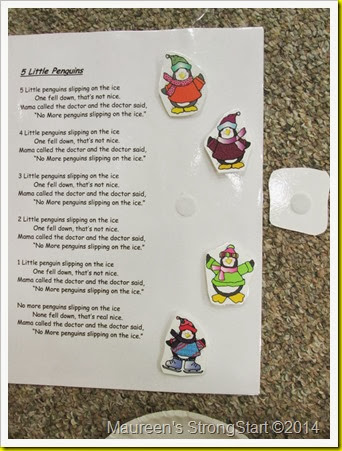 The penguins are attached with velcro so they can come off as we say it.

Posted by StrongStart at 7:18 PM 4 comments: