I love setting up this easy art and watching the children explore it. 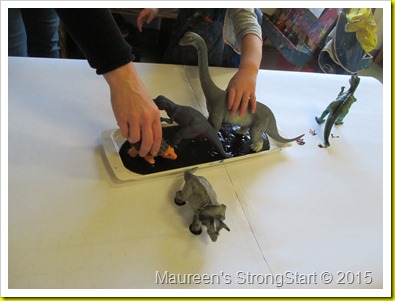 I mixed instant chocolate pudding with water and poured it into a tray which sat on the paper covered art table. 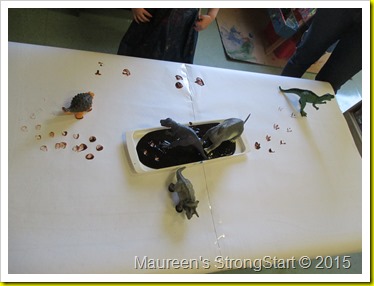 The children were hesitant to walk the muddy dinosaurs on the paper. 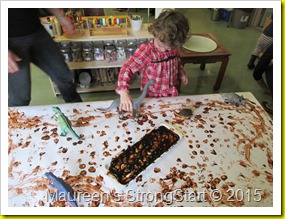 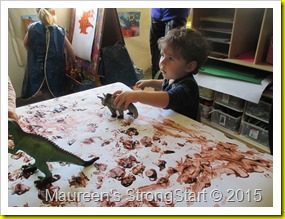 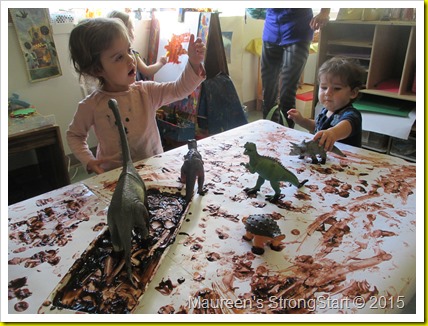 They soon got past that feeling as you can see by the table above. 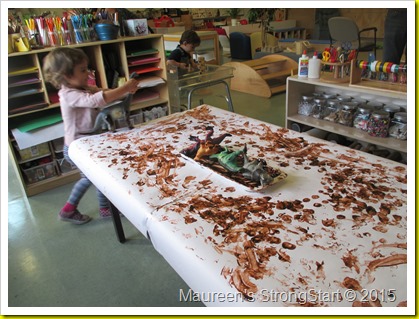 There are no chairs today to encourage them to walk around and use the whole table. 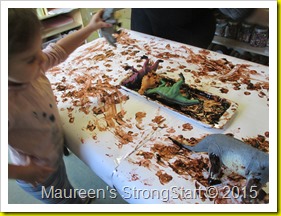 Then the dinosaurs slipped in the mud and enjoyed a bath.  I saw them sliding across the paper. 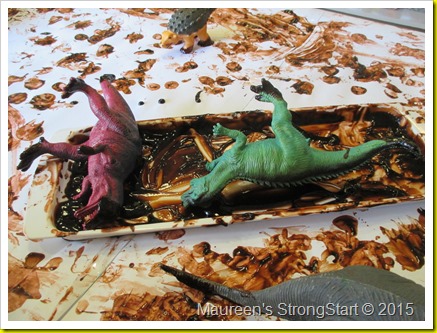 The dinosaurs at the end of a busy morning.

Posted by StrongStart at 8:53 PM No comments:

This morning the dinosaurs had moved on from playing with our silly glasses but
we weren’t sure to where. 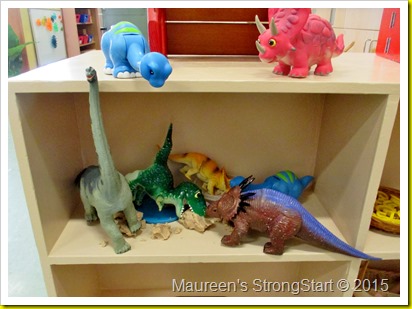 The children were busy playing around the room and we forgot about the dinosaurs
until one child went to play with the play dough. 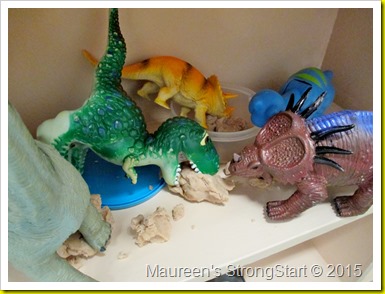 That’s when we found them EATING the play dough. 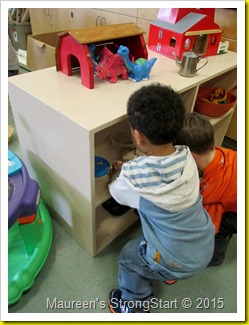 It must have happened during the night because the play dough was dried out
which meant we had to throw it out. 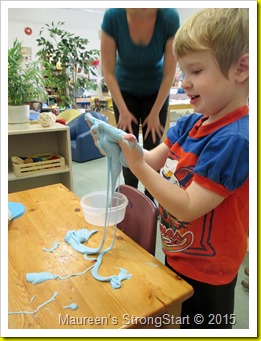 But that was okay because we decided to make slime using glue and
Seventh Generation laundry detergent. 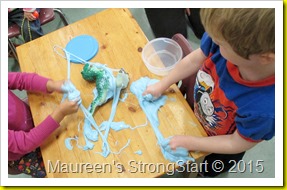 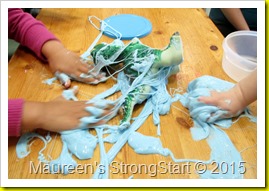 The children were generous and let the dinosaurs play with them. 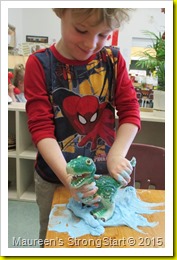 Where will they be tomorrow?

Posted by StrongStart at 8:30 PM No comments: