The last time I visited IKEA I asked if I could take some of the cardboard
rings that they use to hold their glassware apart. 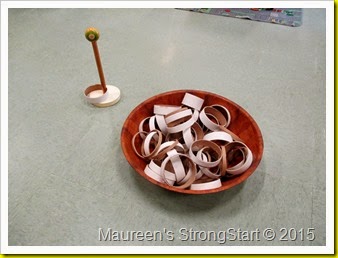 At school, I left them in a big bowl in the block area but the children haven’t used them.  Then one day I was shopping at a local thrift store and I found an old paper towel holder, it looked like a perfect target for the rings. 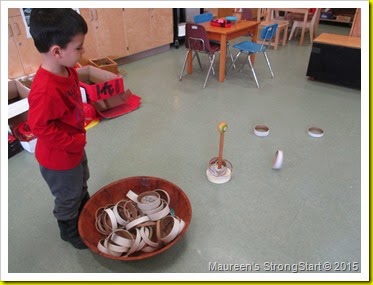 The children tried to toss the ring on to the target but found it difficult.
Some didn’t give up but perservered till they got one or two on. 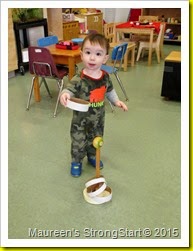 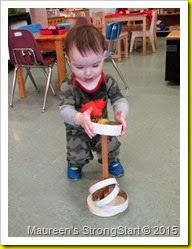 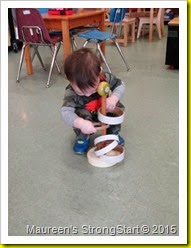 For the younger children they practiced the skill by placing the ring on and off the target.  This little one showed such concentration and when he was done he picked up the target and proudly showed it to me. 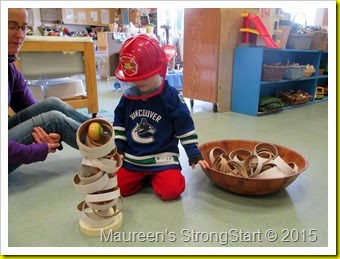 I also saw another practicing his counting after filling up the target.
Tomorrow I'm going to turn a chair upside down and use the four legs as targets.

Posted by StrongStart at 9:02 PM No comments: