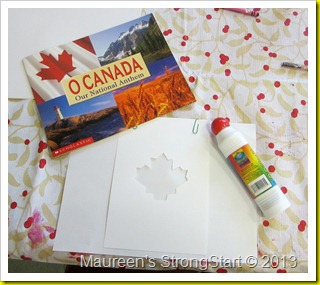 February 15 was declared National Flag of Canada
in 1996.  It marks the day in 1965 when our red and
white maple leaf flag was first raised over Parliament
Hill in Ottawa.  Red and white were designated as
Canada’s official colours in 1921 by His Majesty King
George V. 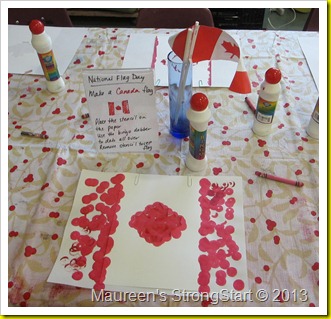 I created a stencil with a maple leaf in the middle and
we attached it to a bigger piece of paper using paper
clips. 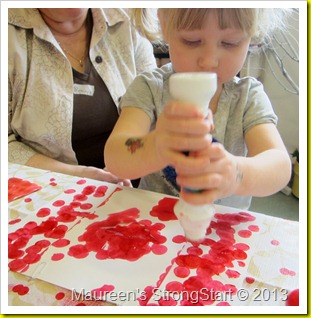 Then the children used red bingo dabbers to colour. 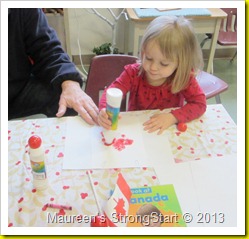 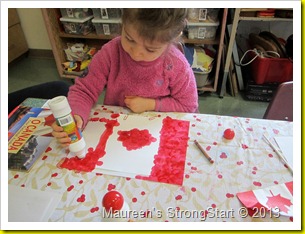 Some spent a short time dabbing while others were very meticulous
in their dabbing. 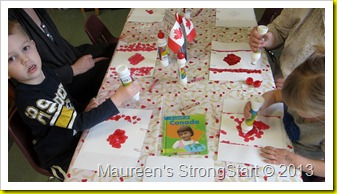 By laying the stencil over the paper the children
were free to dab the bingo dabber anywhere they
wanted. 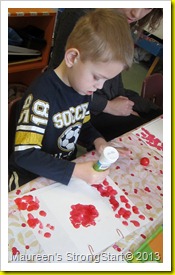 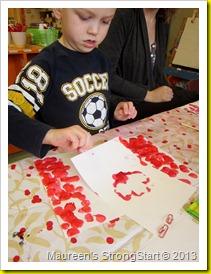 We removed the stencil to see the final product. 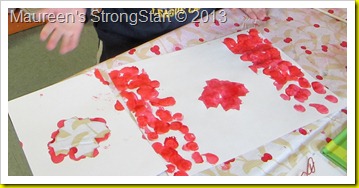 A flag to hang in the window.

Posted by StrongStart at 7:11 PM No comments: