Last week we took our hunting for dinosaurs outside. 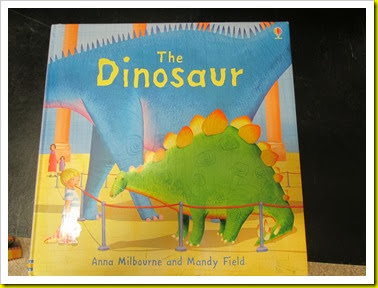 The inspiration came from this book by Anna Milbourne and Mandy Field
called “The Dinosaur”. 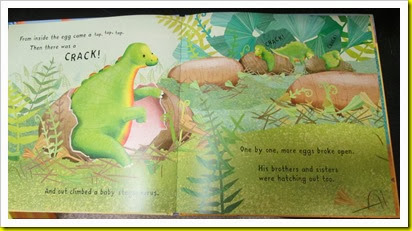 It is about dinosaur (stegosaurus) hatching from eggs in a forest, growing
big and discovering the world around him. 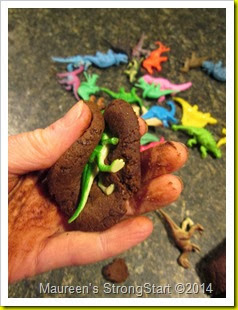 At the same time I found a recipe for coffee dough that is baked.  I wrapped
the dough around little dinosaur toys and baked them so they were hard. 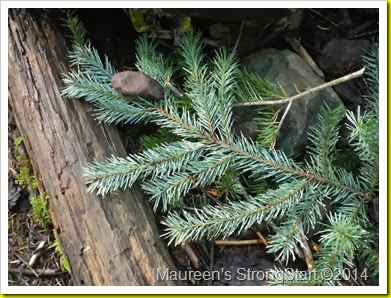 On the day of our hunt, Rosilyn, a volunteer in my program, hid the dinosaur
eggs in the forest around the big rock.  There were similarities between the
forest in the book and our forest.  Like the prickly plants that had berries or
sticks and twigs for the dinosaur to eat. 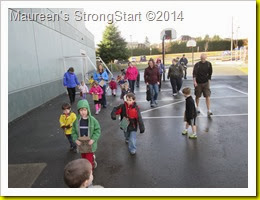 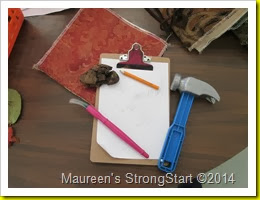 We got ready with our nature bags full of tools (hammer, brush, clipboard
and pencil) and headed out to the woods. 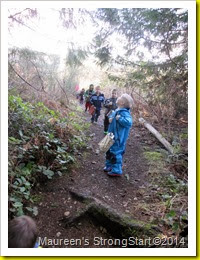 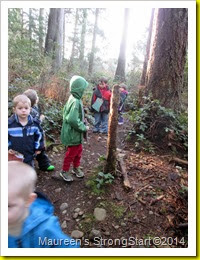 The children were sceptical of finding any real eggs.  As we walked one child said he
could smell dinosaur eggs.  What do they smell like?  Cucumbers, strawberries
were some suggestions as the children took sniffs of the air. 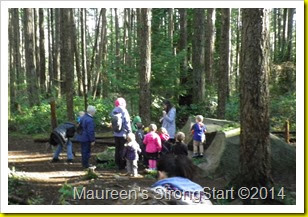 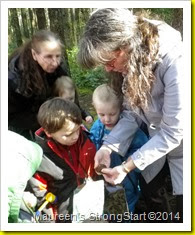 I was the first to find an egg as we reached the big rock.  I took out my hammer
to demonstrate how to break the egg open but soon realized that the eggs
weren’t as brittle as I hoped. 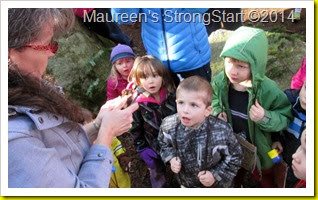 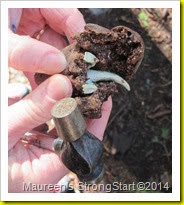 Improvising I started to bend the egg and I made a cracking sound then out
poked a long tail.  One child said ‘It’s a worm!”  So I continued to bend the
end until two feet could be seen. 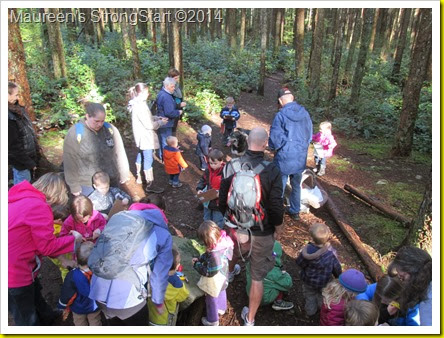 That sent everyone off to find their own egg and the cracking began. 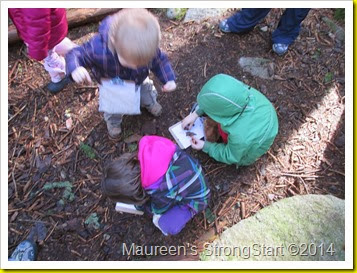 Once they found an egg they pulled out their clipboard and hammer
and set to work trying to break it open. 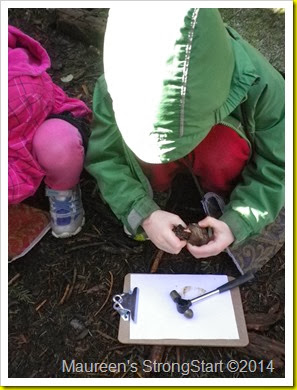 Most times the hammer was put aside to use our hands to do the work. 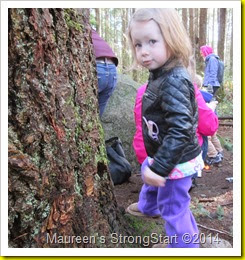 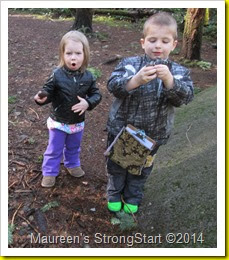 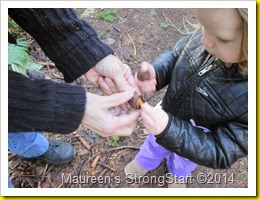 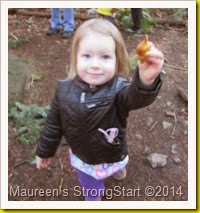 Sometimes help was needed.  Grandma helped this child crack it open
and pull out her orange dino. 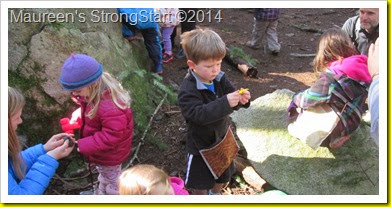 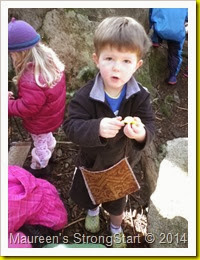 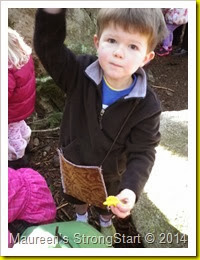 We tried to predict what kind of dinosaur would be in each egg.
What colour it might be?  Or how big it might grow up to be? 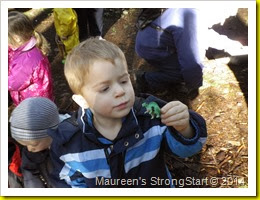 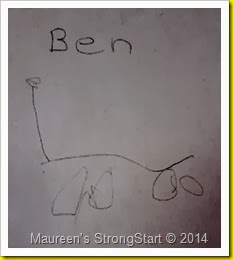 I encouraged them to make notes about their dinosaur.
What did it look like?  What would you call it? 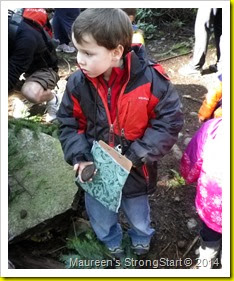 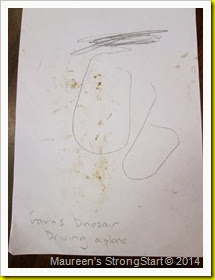 As we were heading back to school, one child asked me
“Are they real dinosaur eggs?”  Not wanting to spoil the magic
of our discovery I answered with a question “What do you think?”
He thought for a moment and then quietly said “Yes.”

The next day at school one of the parents, who is a teacher at our
school, shared with me that her son told the whole family about
the experience and ended it with "You never know what you find
in a forest!"

Posted by StrongStart at 10:21 AM No comments: