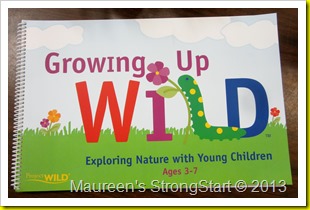 I attended a workshop on the weekend that was called Growing Up Wild
and participants included Early Childhood Educators, teachers, principals
and a boy scout leader.

By participating in the workshop I learned several new ideas to play
with children outside and received this fabulous guide packed full of
activities. 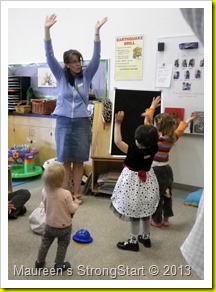 One game the facilitator taught us was giving actions to trees.  I can’t
remember what or if she had a name for the game but I call it “Tree Freeze”.

We warmed up by singing an echo song called “Tall Trees”.  Then I
introduced a picture for each tree that we would give an action. 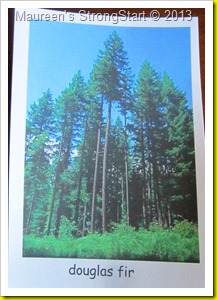 A douglas fir, straight and tall with arms straight overhead. 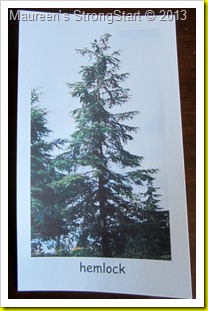 The hemlock, droopy at the top. 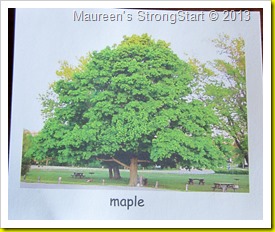 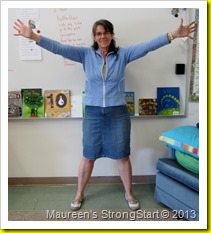 The maple tree, big and wide with lots of leaves. 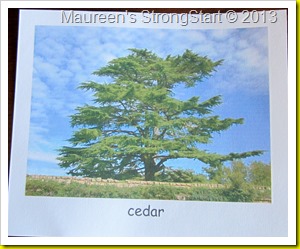 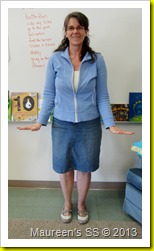 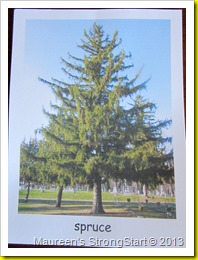 The spruce, with prickly needles, reach in then pull back into a fist
and say ‘ouch’. 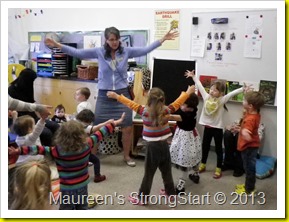 We practiced a bit in the classroom.  I would say, “Ready?” then call
out one of the trees. 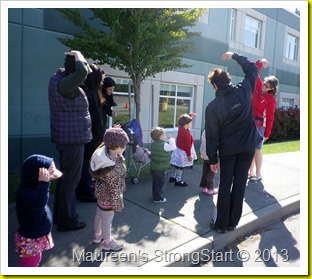 Then we headed outside for a walk, acting out the trees as I called them. 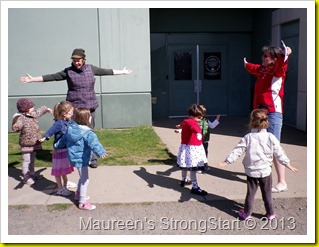 It’s an easy game to learn and a great game to play on a walk.
You could make up your own actions for the trees that grow where
you live.
Give it a try.

Posted by StrongStart at 9:17 PM 3 comments: