Today’s art was fascinating to watch. 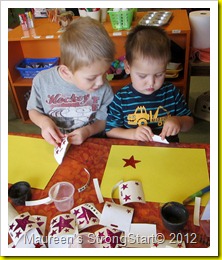 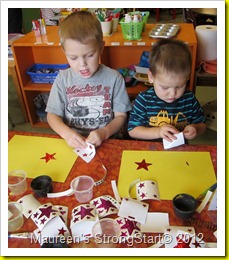 How children approached it differently but with some common feelings. 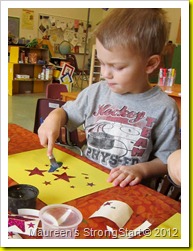 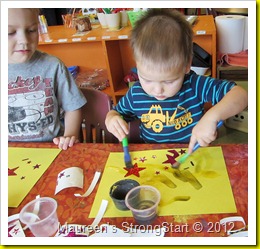 Here are two brothers working side by side. 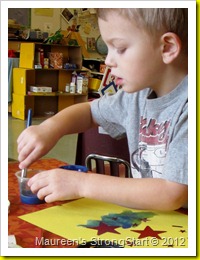 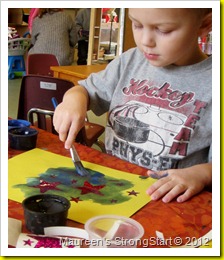 The older was very controlled with his placement of stars and strokes
of the brush. 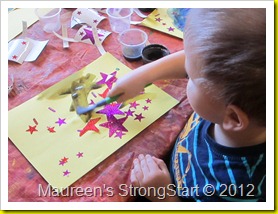 Whereas the younger brother was interested in the peeling of the stars and
his brush strokes were carefree and wider in motion. 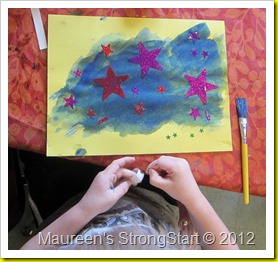 But they both felt the same when taking off the stars – neither wanted to. 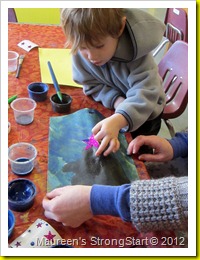 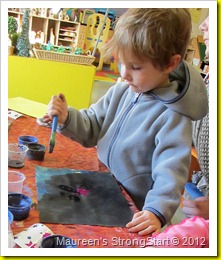 That was a common feeling, “don’t remove the stickers,
I’ll just paint more over top”.

But follow these next pictures.
This girl takes you through how she made her Starry Night picture. 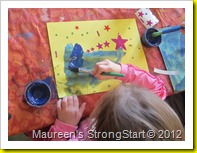 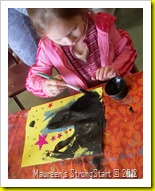 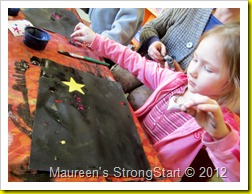 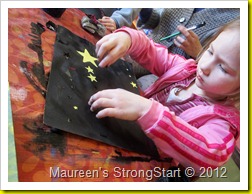 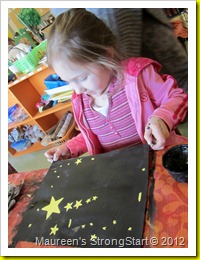 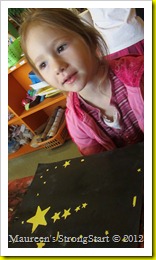 After being very absorbed in her art work, showing her pleasure at the
end she sang,          ‘Twinkle, Twinkle Little Star’. 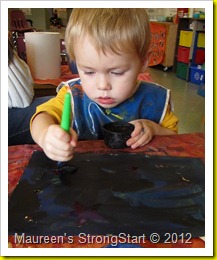 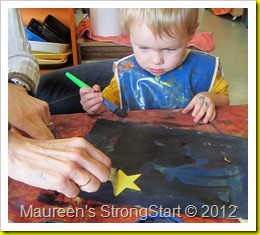 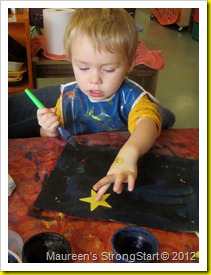 It’s not common for little ones to cover their whole sheet of paper
but this little guy did.
Look how interested he is as his mom pulls off of the star.
Then examining the empty spot.  Is it because of the contrast in colour?
Or just an empty spot needing to be covered? 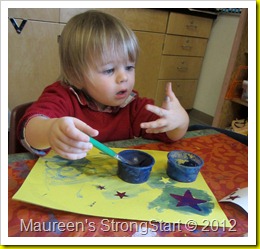 I was thrilled to be able to capture this expression.
What do you imagine he was thinking? 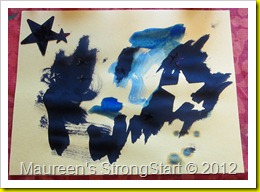 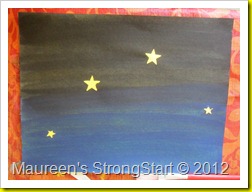 Posted by StrongStart at 9:47 PM No comments: