Spirals have been a reoccurring theme for the past couple of months.
Today we used them again to make a hermit crab at the art table. 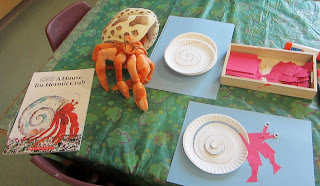 A friend of mine recommended Eric Carle's book
"A House for Hermit Crab"
to read before we go to the beach next week.
Eric Carle's illustrations are very child friendly.
Colourful and inviting. 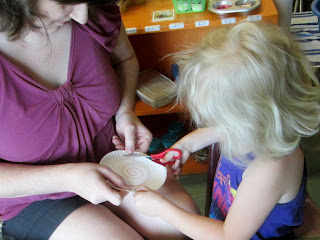 We started by cutting a paper plate into a spiral for the shell. 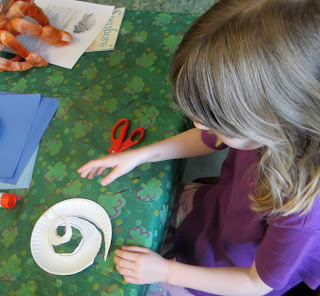 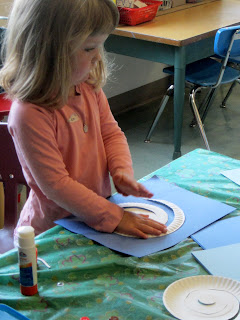 Then we glued the spiral on to a sheet of paper.
Red squares of paper were provided to make the crab. 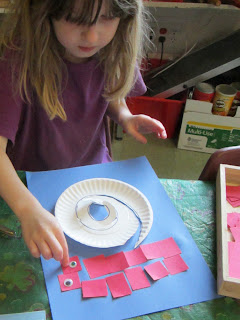 Some children used the squares as is to make
their crab. 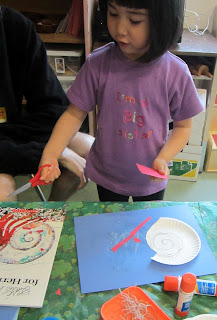 While others cut the squares into different shapes
and sizes to build their crab. 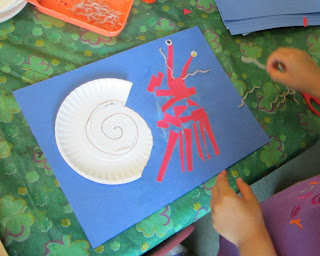 Conversation began about how many legs a hermit crab has.
We looked at the book and counted 6.
Then I googled the question and learned that in total
they have 10 legs.
Six legs on the outside and four more
that are inside the shell. 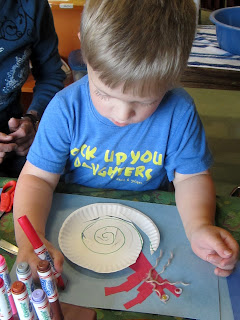 The crabs were finished with eyes, antennae 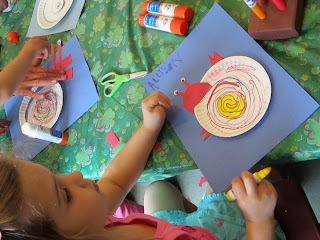 and decorations.
Which led us to our story time and reading the book together. 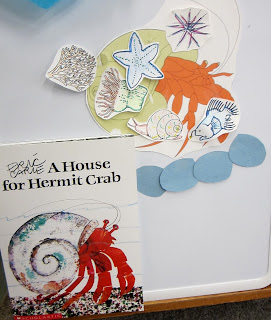 I printed off images for the story and handed them out to the children.
The children became part of the storytelling process not just
the listener.
As I read they brought their picture up and added it to the
crab.
Our plan is to search the beach next week for Hermit crabs.
Posted by StrongStart at 6:42 PM 5 comments: