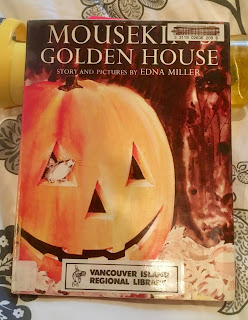 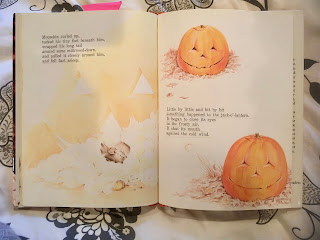 One of my favourite books to read in the fall and at Hallowe'en is Mousekin's Golden House.  It's an old book and I don't think it is printed any longer.
(I managed to find this one at a Friends of the Library sale)
It's about a little mouse that makes his winter home in an old jack o'lantern.
Over the winter the mouse stays safe inside but the outside changes. 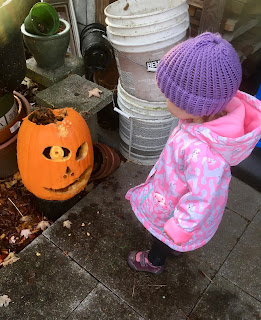 When Hallowe'en was over the Little One's parents were throwing their jack o'lanterns into the compost.
We rescued one, gave him a name, Punked, and left him in the back yard. 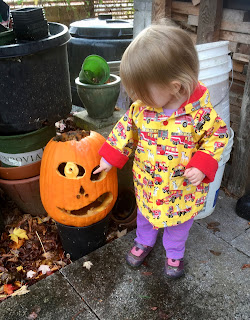 We visited it every few days, 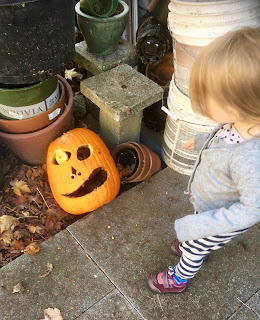 and watched it change. 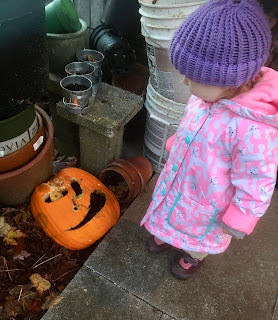 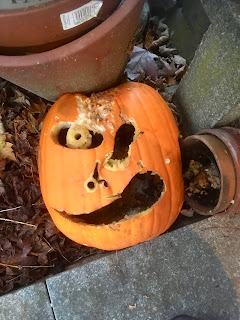 We noticed that something was nibbling on it.
Maybe it was a mouse! 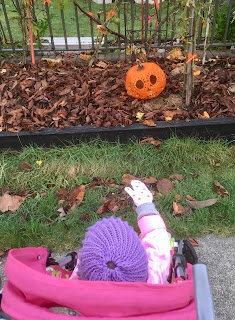 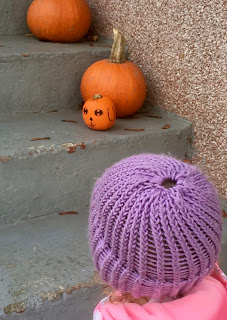 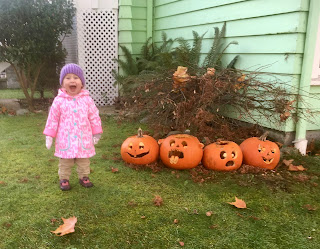 On our morning walks we would look at other people's jack o'lanterns,
abandoned on the steps or lawn.
How have they changed? 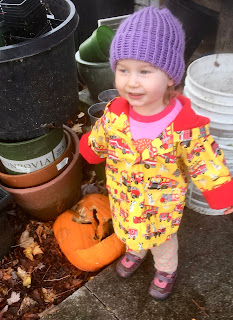 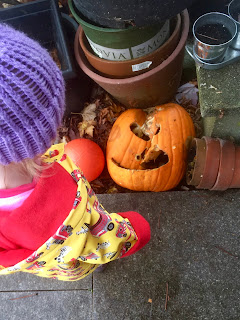 Ours had certainly changed after just a couple of weeks. 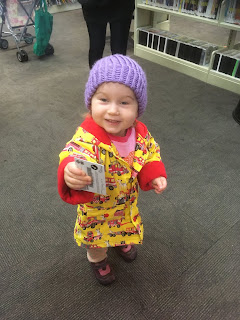 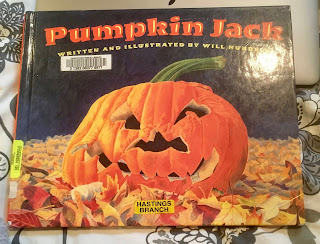 We visited the library and borrowed Pumpkin Jack. 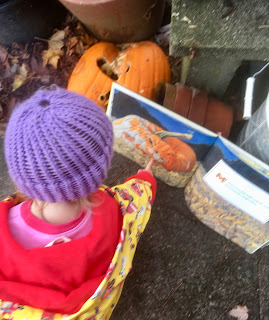 About a little boy that didn't want to throw his jack o'lantern away so put it back in the garden. 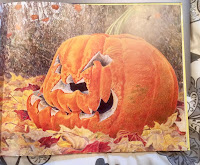 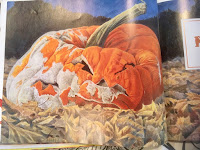 Eventually it rotted away but a few seeds were left inside and the following spring new plants began to grow. 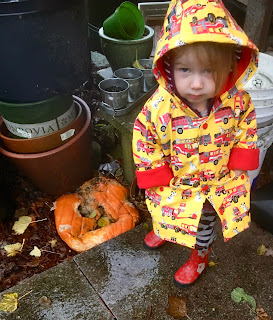 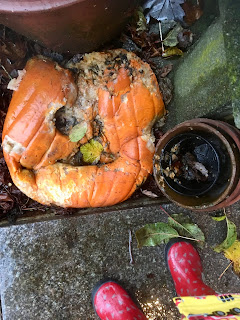 That would have been a great idea but we didn't think of it at the time of carving. 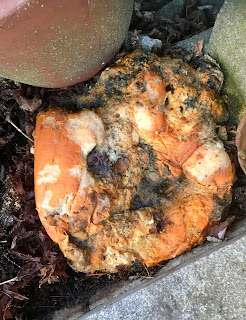 Poor Punked.
There's not much left of him one month after Hallowe'en.

Posted by StrongStart at 7:34 AM No comments: